Thanks to Dan H. for posting the pic of Jay Kay's* Inka Cabrio Targa. 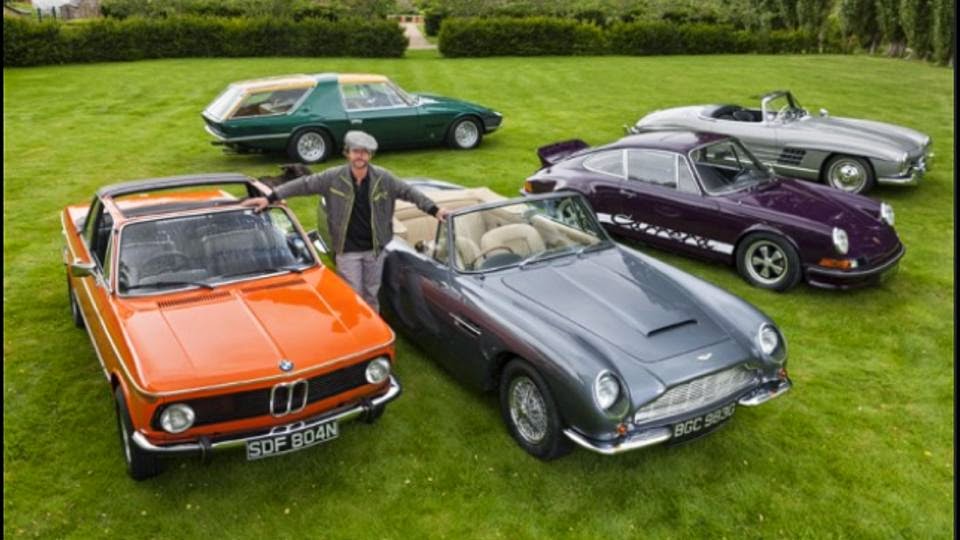 That led me to this video of his car collection that I thought you  might enjoy!  :)

He has another claim to fame, btw:

Thanks to Dan H, also for this additional pic that he posted later today: 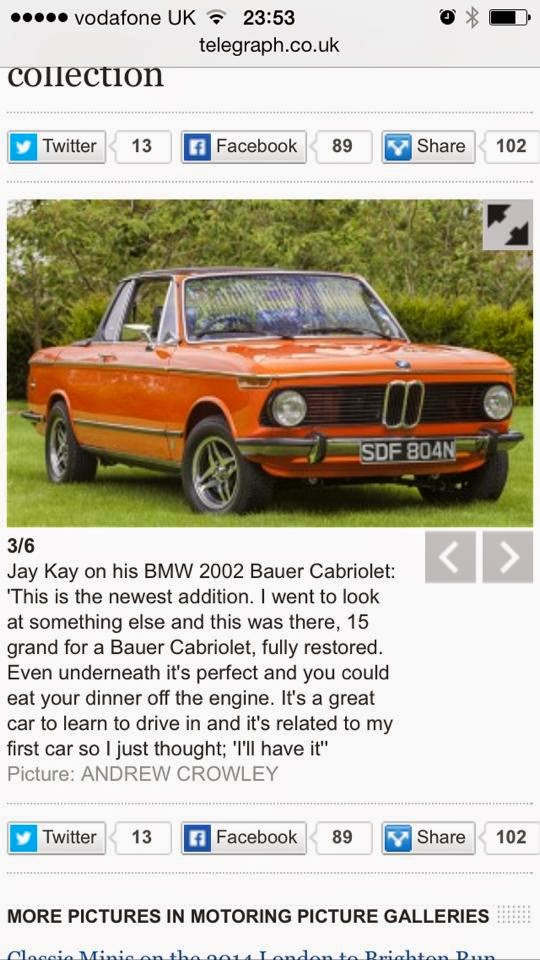 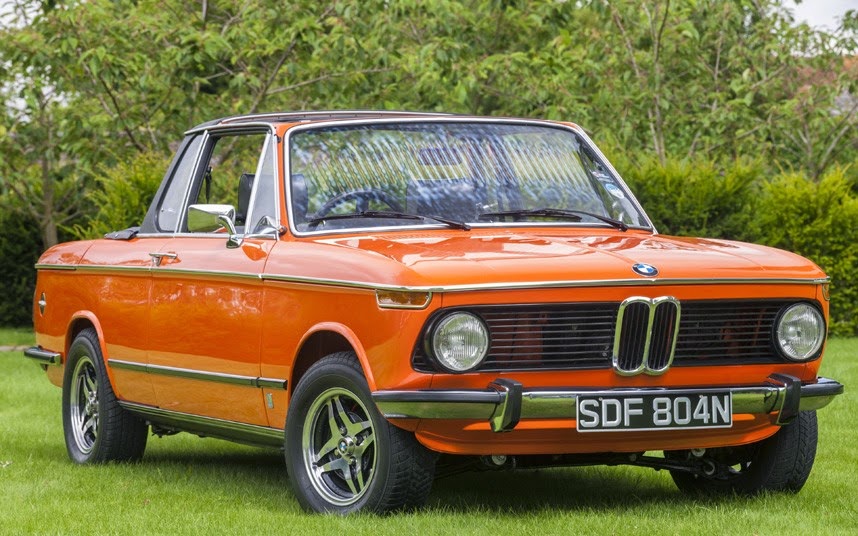 Jay Kay on his BMW 2002 Bauer Cabriolet: 'This is the newest addition. I went to look at something else and this was there, 15 grand for a Bauer Cabriolet, fully restored. Even underneath it's perfect and you could eat your dinner off the engine. It's a great car to learn to drive in and it's related to my first car so I just thought; 'I'll have it'' 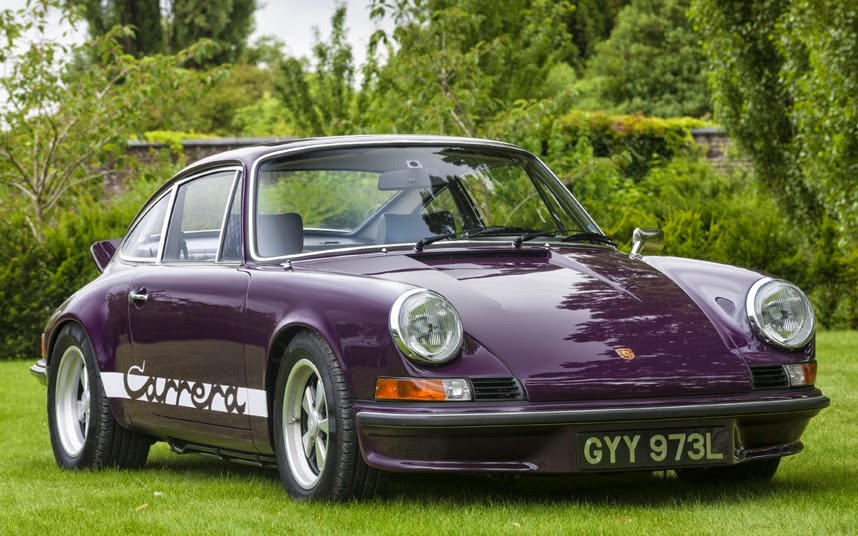 Jay Kay on his Porsche 911 2.7 RS: 'These things just work; it's the simplicity of the whole package and it's a lovely drive. I want to spend more time really getting into the nuances of the handling, but I love them, especially the shape compared to the new stuff. And you won't get a better rock-star colour than this' 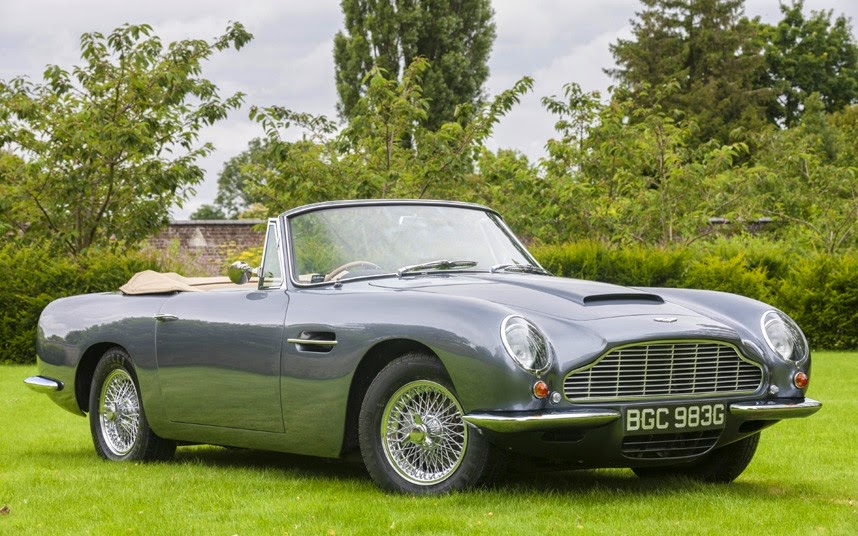 Jay Kay on his Aston Martin DB6 Mark 1 Volante auto: 'Only 185 Mark 1s were ever made and I think it’s prettier and gentler than the Mark 2 with its pulled-out arches. It bumbles along, you don’t need to push it, just cruise and enjoy. In six years’ time, with the DB5s getting so valuable, these are going to be sought after and there won’t be many left around' 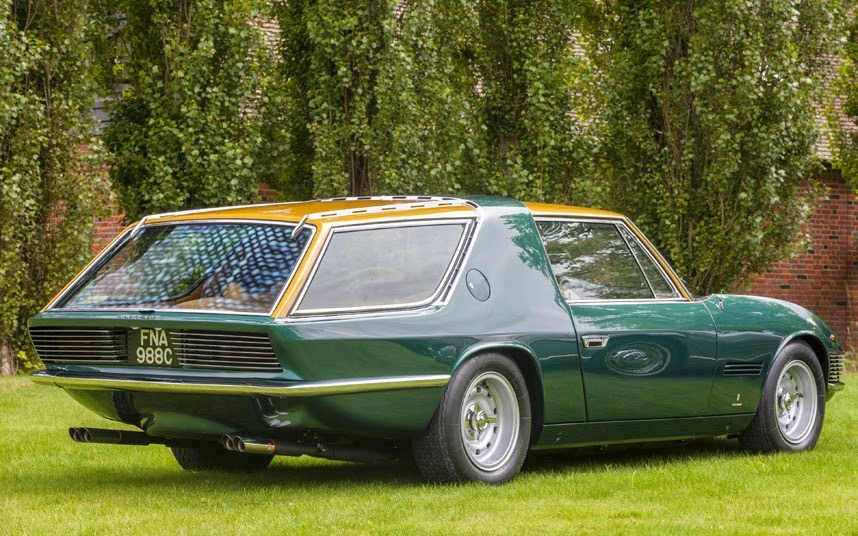 Jay Kay on his Ferrari Vignale 330 GT: 'I used to have a 330GT Mark 2, which this car is based on, and it's one of the few four-seaters which is comfortable to sit in. You'd be amazed how light it is to drive and it's surprisingly well built considering it was a concept. It was based on a 1965 car, but was a different colour for the 1967 Turin Show and I'll change the colours to some silvers. I can do something for the shape with the right colours' 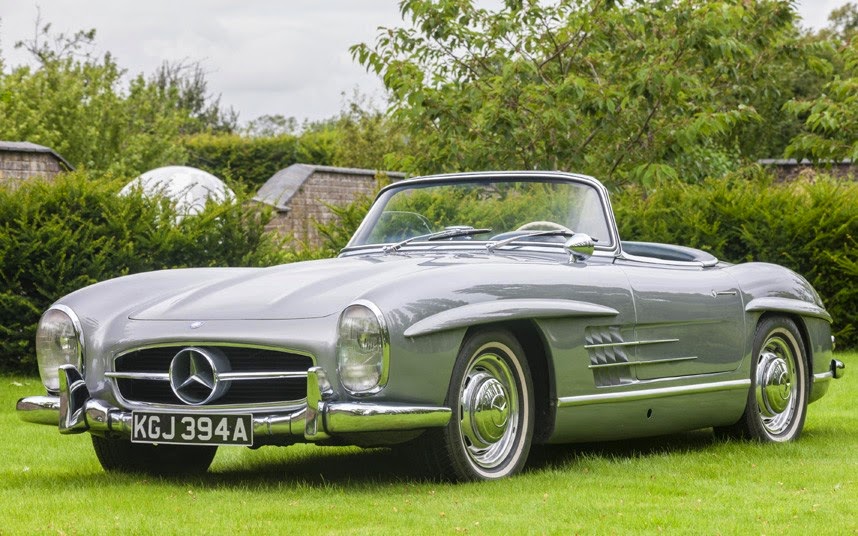 Jay Kay on his Mercedes-Benz 300SL Roadster: 'It's a disc-braked car, with an aluminium-alloy block, bonnet, boot and doors, so it’s a rare beast. It’s great to drive, you’d never believe it was almost 60 years old. When it came out, it must have been a revelation. It’s such a thing of beauty and I can remember seeing one as a kid. We reckon it’s one of the last ever built. It came from Portugal, with just 30,000km – it’s a bit special' 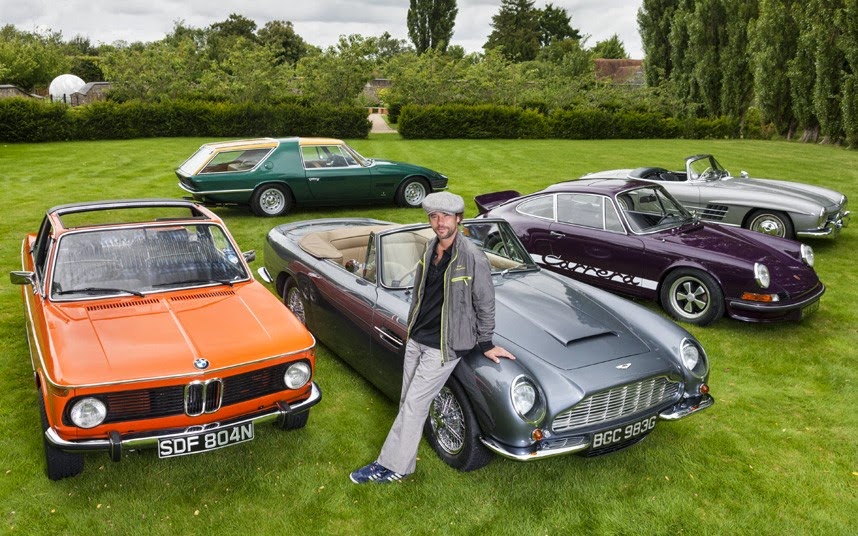 With more than 50 cars in his collection, Jay Kay is living out the rock-star fantasy. He showed Telegraph Motoring around five of his favourites ahead of September's Salon Privé classic car event

"Perhaps his car collection provides a solid base to the notoriously itinerant rock-star life.
"I'm quite pleased with how it is at the moment," he says. "It's comprehensive and it's got some nice stuff; a couple of V12 Ferraris, Porsches, modern and old, Bentleys, Astons and some pretty rare BMWs. It takes a bit of work, but you're a sort of guardian of a motoring heritage."
Seems like this collection is in sensible hands."
---- http://www.telegraph.co.uk/motoring/classiccars/9464572/Jay-Kays-cars-hit-the-right-note.html

*Jay Kay is the lead singer of Jamiroquai:  http://en.wikipedia.org/wiki/Jay_Kay
Posted by tom82baur at 10:32 AM