From time to time I receive inquiries from around the world from Baur owners who are in need of replacement seals for their Baur roofs, both E21 TC1s and E30 TC2s.

Today I sent an inquiry in this regard to our resident Baur Guru, Jeroen Janssen of The Netherlands, who responded immediately with the following GOOD NEWS:

Today's inquiry, btw, came from our friend, Malcolm Reeson in Perth, Western Australia.  You may remember, Malcolm:  he has the ELECTRIC BAUR!!  READ ABOUT IT HERE:
http://baurspotting.blogspot.com/2014/09/electric-baur-e30-baur-electric-vehicle.html

SO THANK YOU, ALSO, MALCOLM REESON! 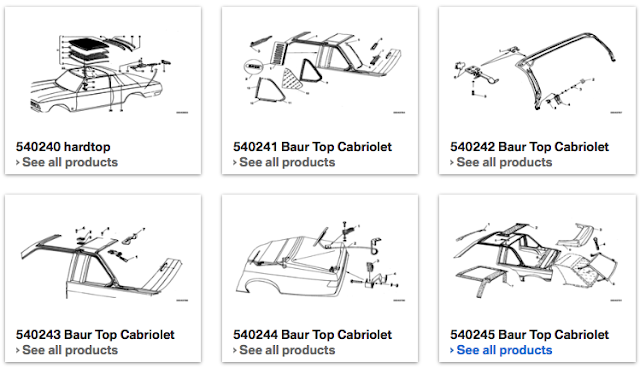 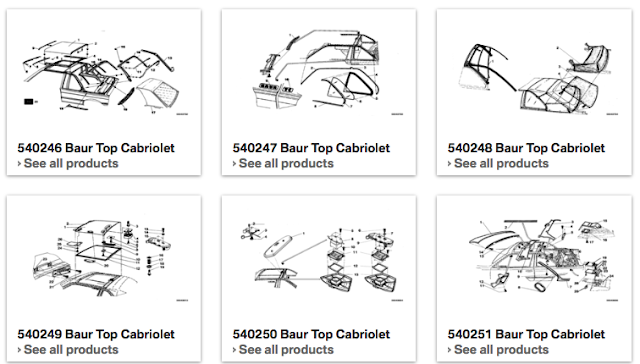 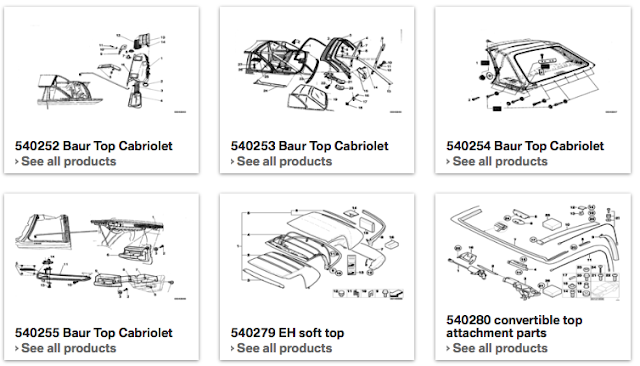 Thanks to our friends and fellow Baur owners Rick Oppedisano and Jonathan Selig for the heads up on this Bring a Trailer auction of a 1985 323i Baur! Rick, btw, has his own TC2 Baur project under way, and we congratulate him and look forward to seeing the finished product sometime soon!  Stay Tuned!  ;) 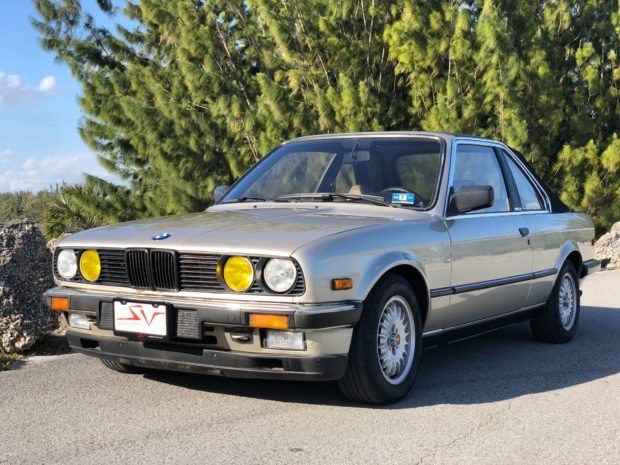 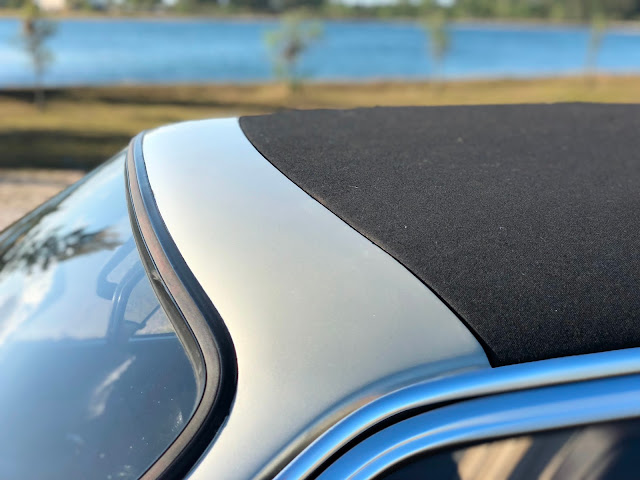 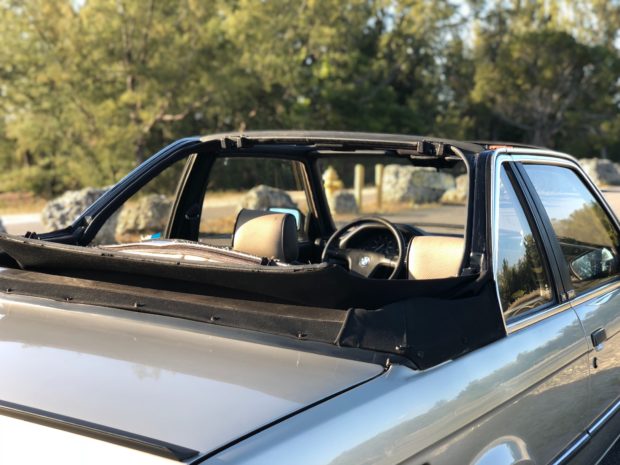 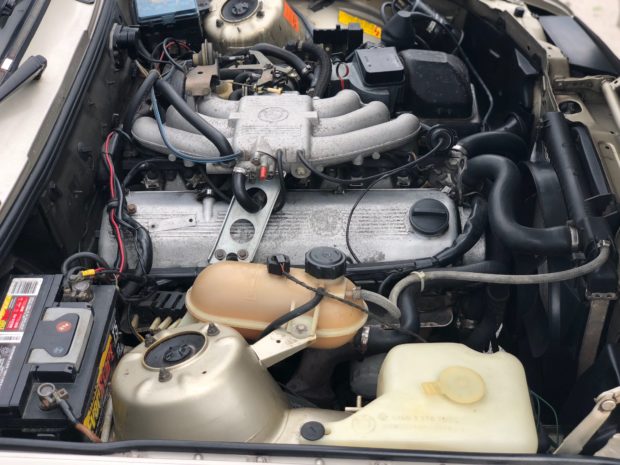 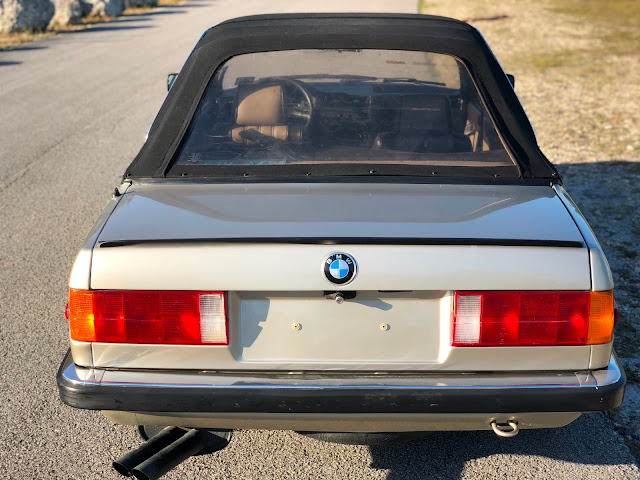 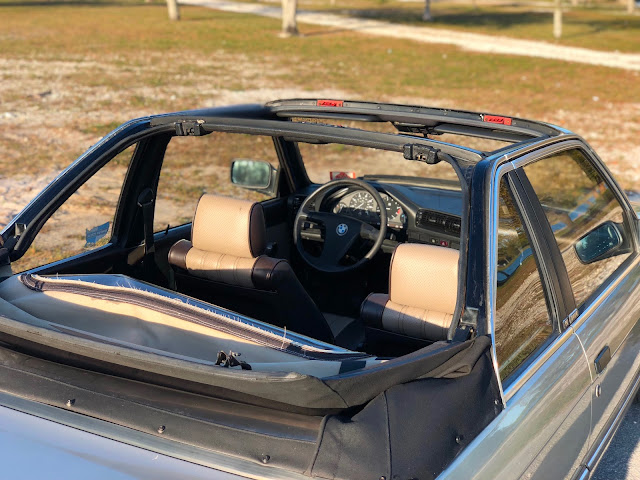 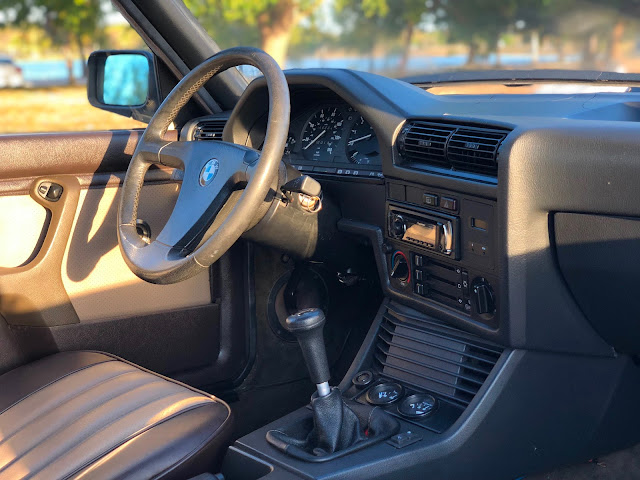 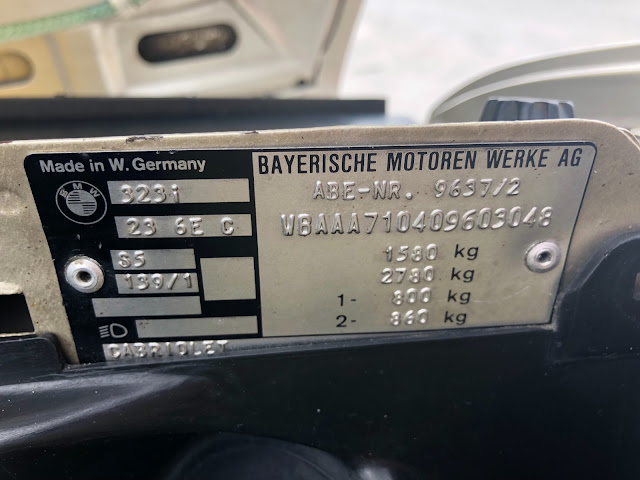 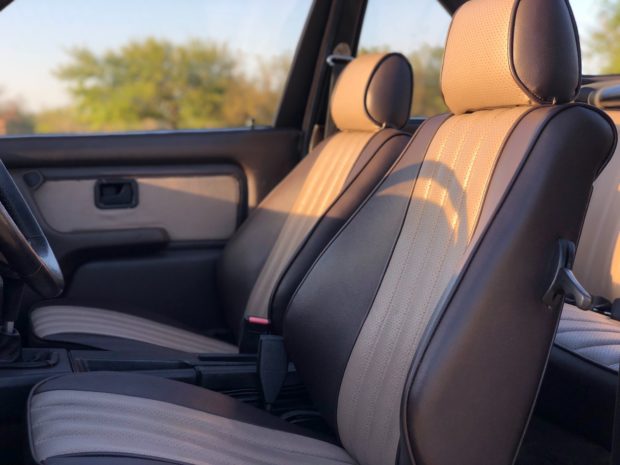 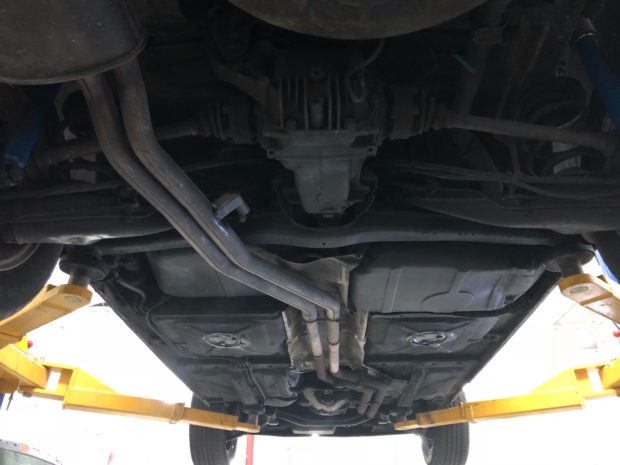 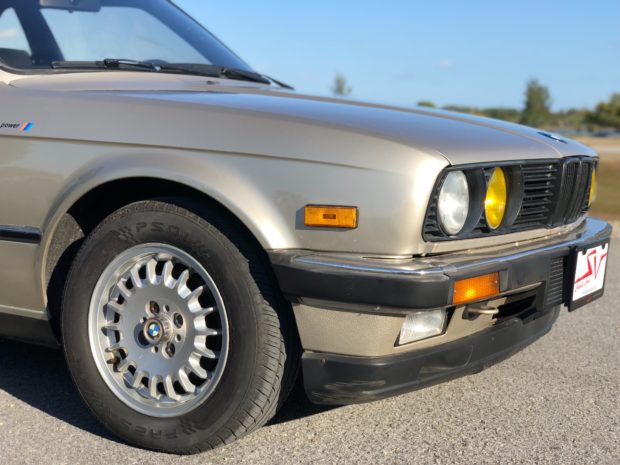 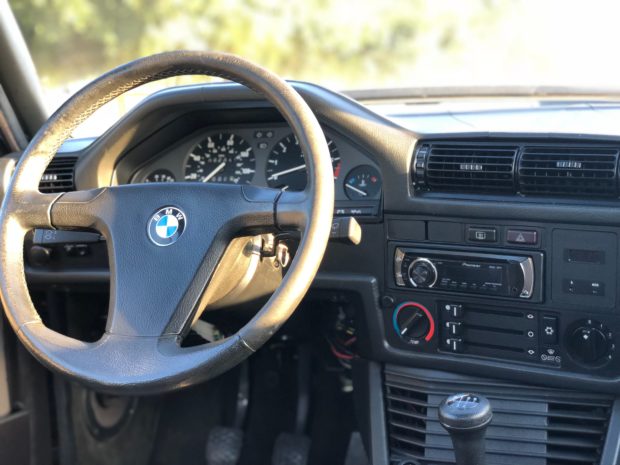 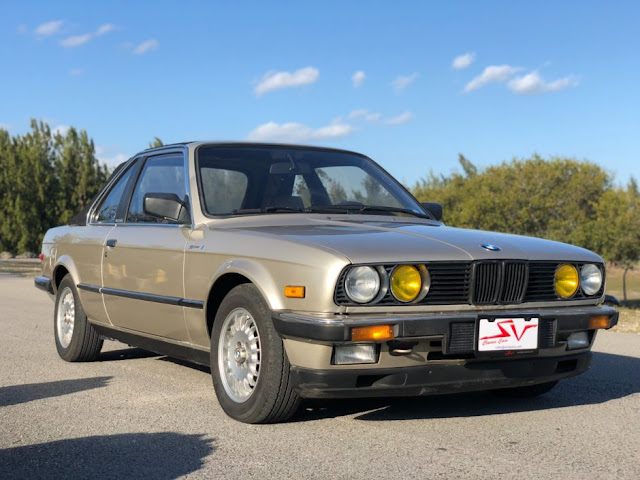 Text from BaT post:
This 1985 BMW 323i is a Baur TC model that was sold new in Germany and was brought to Melville, New York in December 1990. It remained in New York state with one owner from 1990-2014, was with the next owner for the following two years, and was featured on BaT during its most recent sale in October 2016. Finished in Bronzit Beige Metallic with a black retractable top, this example is powered by a 2.3L inline-six that is backed by a 5-speed manual transmission. Numerous New York state vehicle inspections are shown on the included Carfax along with some dealership services, and the car received an oil change a few months ago. This E30 was acquired by the selling dealer during the last sale in 2016, and is offered for sale with a clean Florida title.

This example wears slim bumpers that were standard equipment on European market cars, and had the center high beam lights tinted yellow by a previous owner. The seller notes that the passenger side door, trunk, rear driver-side quarter panel, and front driver-side fender have been repainted. The corrosion that was noted on the door sills in the previous listing has been repaired, with photos provided in the gallery.

Baur models featured a retractable fabric roof, and this example carries a matching boot cover that is used when the roof is in its lowered position. Photos of the roof in multiple positions can be seen in the gallery.

A spot of damaged paint is present on the hood, and various rock chips and scratches from use are present across the car. The car wears a set of 14″ bottlecap wheels that are mounted with Presa PS01 tires.

The interior has been reupholstered in two-tone leather that replaced the previous cloth seating. Some imperfections are noted, including a cracked dashboard, cracked light on the roof of the interior, and broken plastic on the door panels.

The original radio has been replaced with a modern Pioneer unit, and the correct Euro market steering wheel is present. Approximately 95k miles are shown on the odometer, though the previous ad listed mileage at roughly 97k and an odometer discrepancy is present on the included Carfax. The odometer is not currently functional and true mileage is unknown.

Power comes from a 2.3L M20B23 inline-six that is backed by a 5-speed Getrag manual transmission. The seller notes that an oil change was performed approximately five months ago, and some additional services are present on the included Carfax.

Multiple undercarriage photos have been provided of the chassis, suspension, and related components.

The included Carfax shows no accidents or body repairs, but does note a mileage inconsistency in April 2015. The full report can be seen in the gallery.

Here are some pics from that earlier sale, and you can see the changes.  I am not sure why it was listed as a 325 back then, and a 323i now.  It could be just an error in the earlier ad. 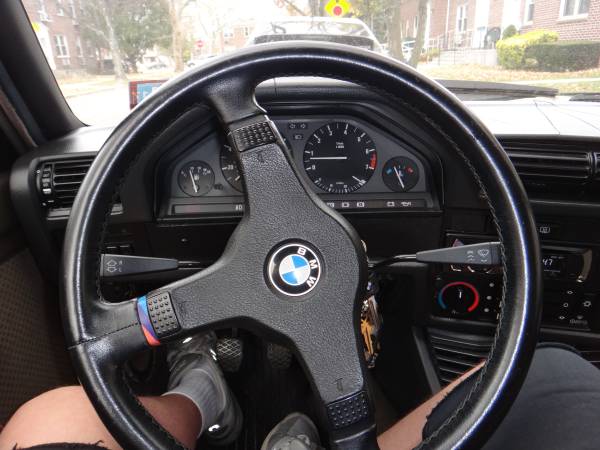 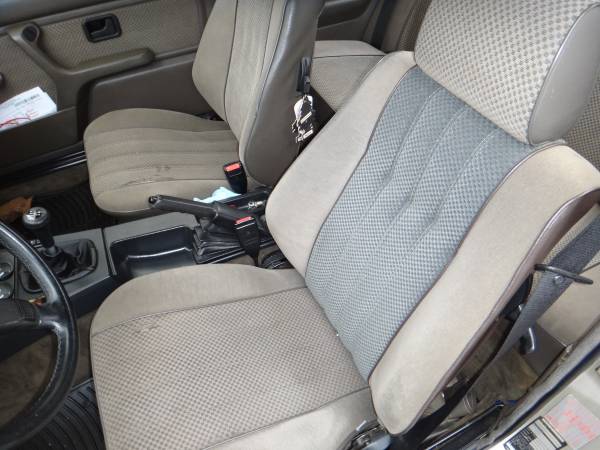 The seats have been changed. 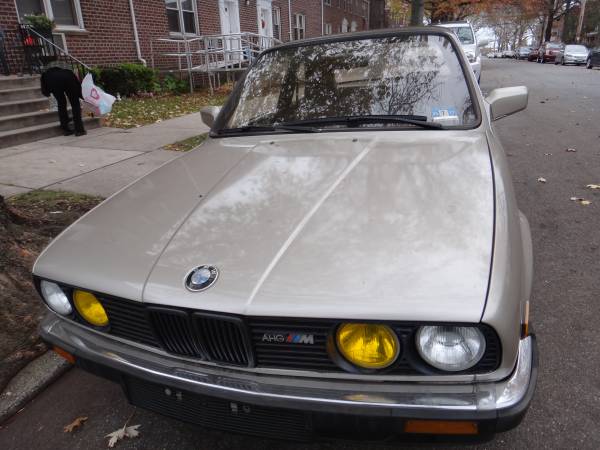 I am also glad to see that they have now removed that phony "M" badging. 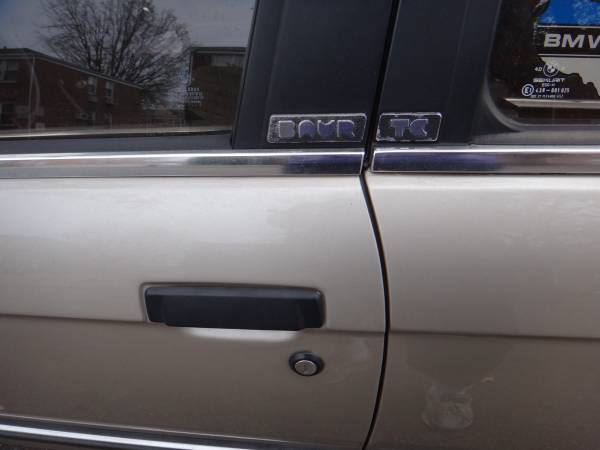 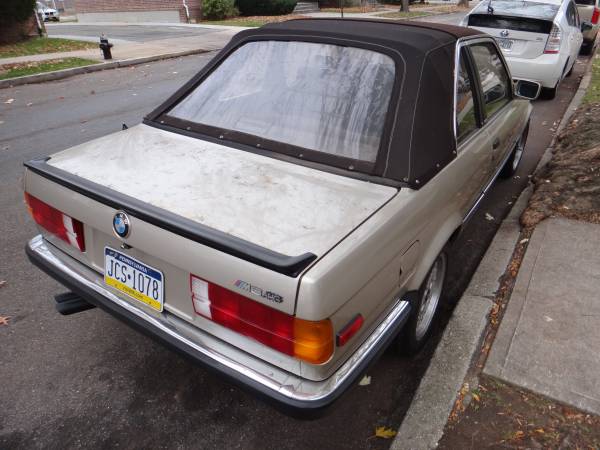 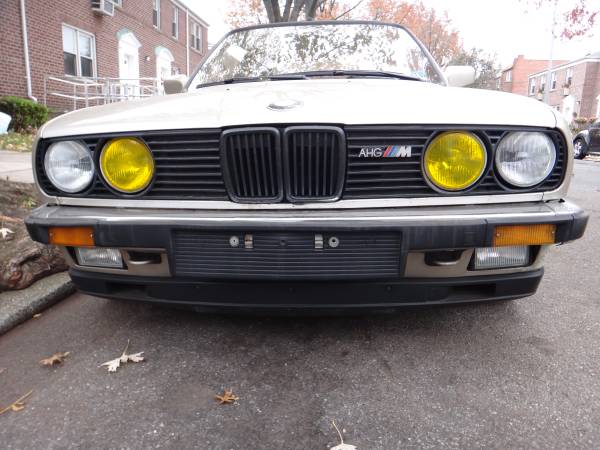 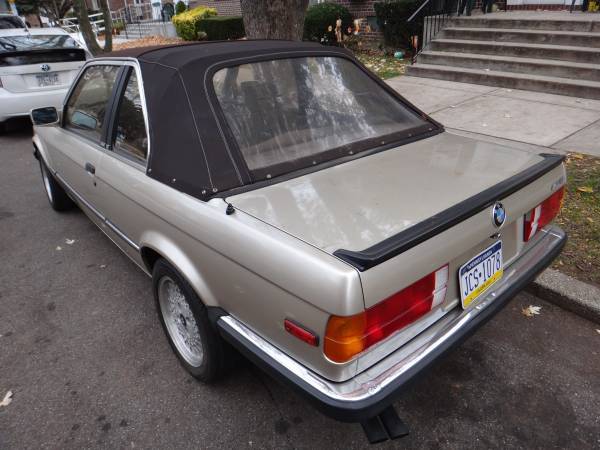 Thanks, Rick and Jonathan!

Safety Is Never Out of Fashion: Requiescat in Pace Christian Klorczyk

Safety is never out of fashion.

It was one year ago today that a tragic accident took the life of a local young BMW enthusiast, who was changing his oil.  We can't do anything to change that sad fact, but we can honor his memory by re-publishing the following posts, in the hope that telling his story may save the life of someone else.

The first post is from Christian's Dad, Frederick, who came upon my earlier initial post about his son. Frederick has been working hard, despite his personal tragedy, to get the safety message out to all:
http://baurspotting.blogspot.com/2011/03/time-out-public-service-safety-message_23.html

Thank you, Frederick, and please accept our sincere condolences to you and your family.

This was my original post when I first learned of the tragic event:
http://baurspotting.blogspot.com/2011/03/time-out-public-service-safety-message.html

http://baurspotting.blogspot.com/2011/03/jackstand-safety.html
I have since built a set of these wooden stands, modeled on those shown here by 'potenza'.  My 1989 325ix is up on them as we speak, preparing for a transmission replacement.

I have more posts on jack stand safety, recommended jack stands, etc back in March and April 2011.  Please check them out.