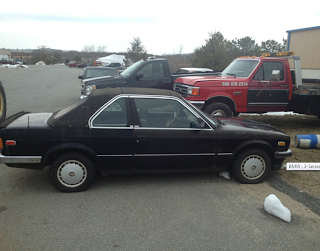 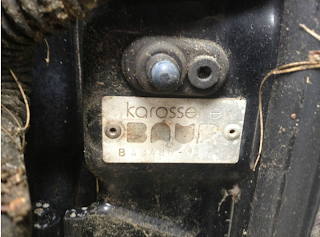 1985 E30 BMW 323i Baur TC.  Condition is poor.  It was originally owned by the son of the Prince Spaghetti founder.  It was then imported from Germany to my father.  He used it for about 10 years.  It did not pass inspection in 2001 and was left outside covered for approximately 3 years until the cover disintegrated.  The car was then left in the weather from about 2004 until now.  The rear plastic window collapsed allowing water in through the opening.  The interior needs to be completely redone.  The hood is dented in the front by the emblem and the grill is missing. Everything seems to be falling apart but the frame still seems to be in good condition.  On the positive side the engine only has 70K, the frame of the Baur top and its components seem to be in working order, the LED sensor display seems to be in a good shape, the rims are in good shape, all the headlight and tail lights look ok, it has the chrome bumpers, and it has a custom wood steering wheel and shifter.  Would make a good project car or can be salvaged for parts.  I do know it is a very rare car.  I read somewhere that only 200 of the Baur TC versions of the 323i were made in 1985.  I was offered 1k for the car but figured I would list it to see if I could get more.  Bank check or Cash accepted and will only deliver within 50 Miles of Kingston MA for $200. Otherwise will have to be picked up.

Somebody grab this!
Posted by tom82baur at 8:44 PM