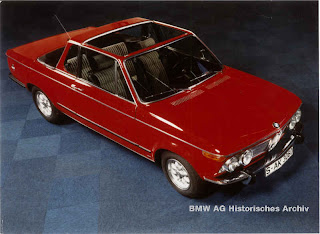 Retired BMW racer Hubert Hahne became a BMW dealer in Dusseldorf.
He had bought his wife the actress Dianna Korner a specially equipped 2002 as a wedding present. The car attracted considerable attention. So Hahne was persuaded to make a luxury edition of the 2002Tii, with BMW's permission.

In the early 1970s, Dusseldorf resident, Hubert Hahne, was a retired race car driver turned BMW agent/dealer. He had presented to his new bride, as a wedding present, what would eventually become the first of twelve very limited edition BMW 2002ti’s. His new bride was a German actress and her name wasDiana Körner. 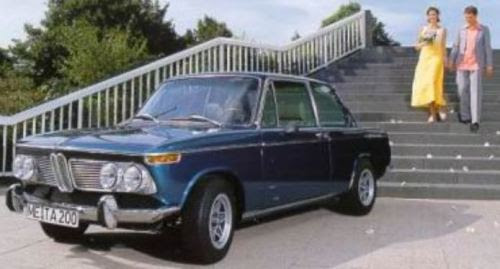 After having bestowed his wife with a car that carried her name, the car had started to attract a considerable amount of attention. So much attention, in fact, that Hahne was urged to make a luxury edition of the 2002tii. With the agreement, and technical support of BMW behind him, Hahne had agreed to produce a small series of twin-carbureted 2002ti-based ‘Diana’ cars, all of which were to be converted by Baur, in Stuttgart, Germany.

Contrary to popular belief, there were no specific plans to power any of these Dianas with a turbo or a six cylinder engine. According to the popular ‘02 Restoration Guide, by Mike Macartney,
“The first five Dianas sold quickly, but the other seven went more slowly, the last example being sold at the end of 1971. To encourage sales, Hahne had offered to equip them with injected engines or turbochargers.”
Macartney continues..

“Hahne had retained one car for himself - finished in Coffee Brown. Into this he had the tuning specialist Jurgen Grahser transplant the 150bhp 2.5 litre six-cylinder engine from a BMW 2500 saloon. The conversion also included a five-speed gearbox, limited-slip differential and electric windows.”
A very reliable source tells me that this coffee-brown six-cylinder Diana is still on the road, somewhere in Germany. 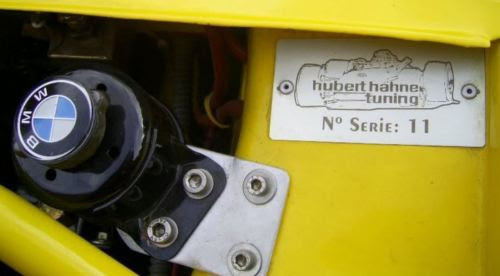 The “Diana” was a very special 2002ti that had been equipped in ways that no other 2002 had ever been. The 12 cars were all painted in a variety of non-standard 2002 colors. The paint was then given a special lacquer coating ofHerbol. They had all been equipped with electric steel sliding roofs, leather covered Recaro front seats, black vinyl headliners, velor carpeting and trunk liners, chromed handbrake levers, aluminum tread plates on the door sills, alloy wheels by Stilauto of Italy, Becker stereos, ammeters and clocks, leather binding for the carpets, electric front windows, heated rear windows, 5-speed gearboxes, special exhaust systems, chromed covers for the bumper bolts, Sebring-style driver’s side door mirrors, top tint laminated front windscreens, and a twin headlamp upgrade that was surrounded by hand-made chrome grilles. The interior details were known to vary from car to car, but the dashboard, gear shift boot, handbrake boot, and the pocketed door panels, on the first Diana were all covered in deer hide. The chassis numbers of these 12 Dianas (1 690 201 to 1 690 212) were all successive. Indicating that the Dianas were not an official model in the BMW range. 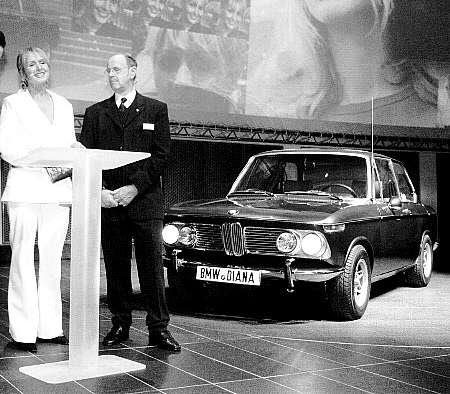 Hubert Hahne autographing one of the few surviving Dianas in early 2011. 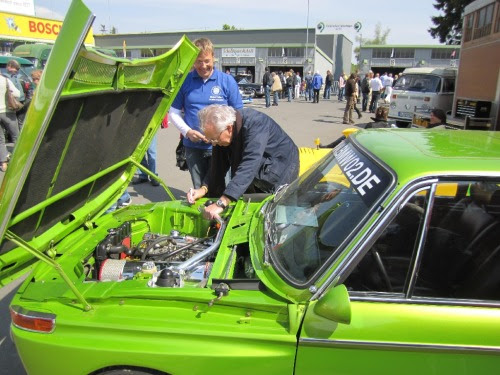 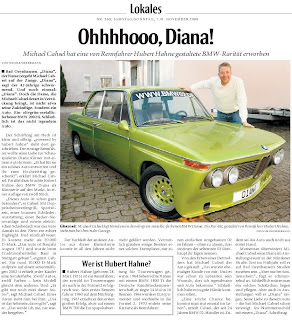 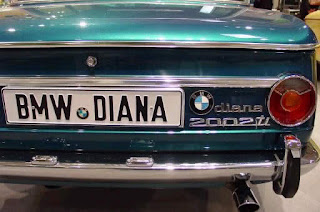 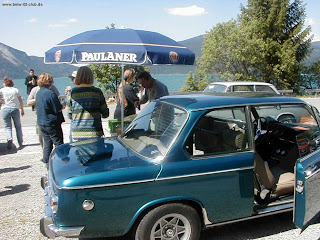 BMW specially commissioned 12 cars, they had racing bucket front seats, factory steel sunroofs, 5-Speed gearboxes, racing door mirrors, top tint front windscreen, twin headlamp upgrade, & different carb's (or something). Only 12 were made & only 3 exist today. Andy Andexer owns this example & he know's of the other 2 (I think they are basket cases).
That's Andy's car. It was in the 2002 calender from BMW. It's the only one alive and driveable.

"The special model “Diana” presented by erstwhile racing
driver Hubert Hahne to his wife – actress Diana Körner – for her
wedding present, could also be purchased with the 2002 TI
or 2002 tii engine."