OK, folks, another Small Baur World coincidence!   I actually learned of this one a few months ago, and I thought I posted it.... but I can't seem to find it here.  So here we go!

The first 4 pics were sent to me by my friend, and fellow Baur owner, Ed (THE POOLEMAN) Poole of NH.  He saw this BMW 700LS Baur at Bavarian Auto Show and Shine back around 2007.  We have been searching for it since we learned of it, to no avail.  You may recall that we did see a 700LS Baur Cabrio at Bav Auto Show and Shine 2012, but it was not this one.   (See link below). 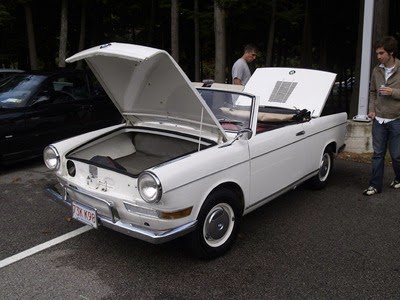 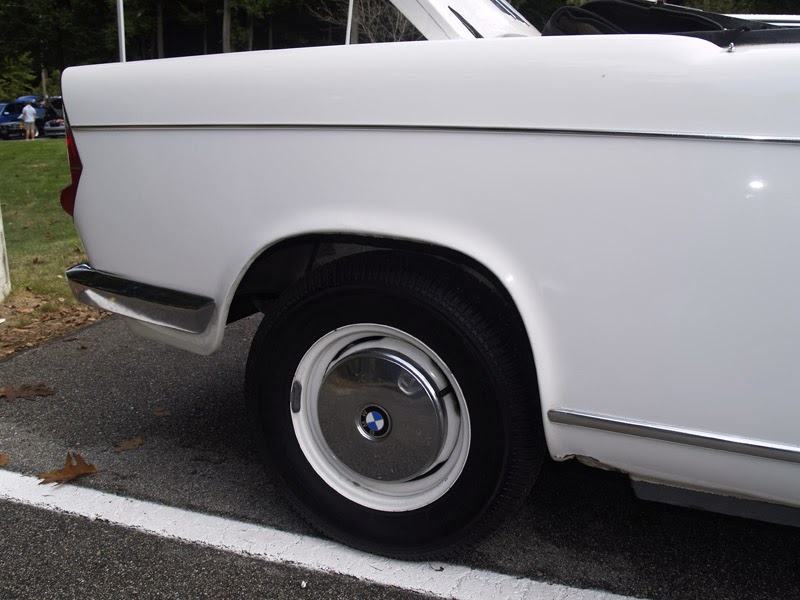 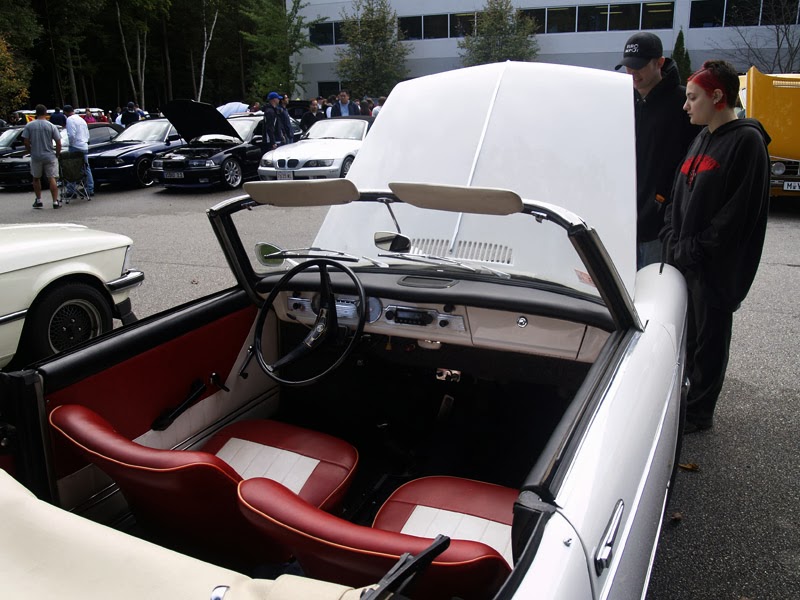 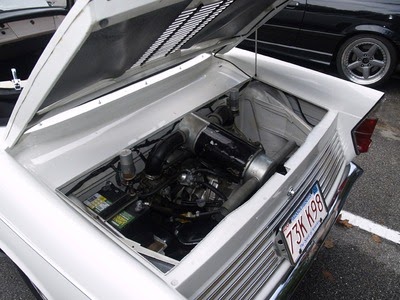 So, skip ahead a few months to Father's Day 2013.  I attended the great Klingberg Antique Car Show in New Britain, CT that day, and decided to swing by Sports Car Restoration in Plainville, CT on my way home.  I was amazed to find 4 Baurs in varying stages of restoration inside!  Here is a link to some of the pics I took that day:
http://baurspotting.blogspot.com/2012/10/bmw-700-baur-at-bavarian-auto-show-and.html... and pics of the 5 (including mine) Baurs present that day:
http://baurspotting.blogspot.com/2013/06/fathers-day-part-i-five-count-em-5.html

But anyway....I was pretty awed  by what I saw at SCR that day (as I always am, btw), and it wasn't until a few months went by that I got to thinking about that elusive 700LS Baur that Ed had seen in 2007 in New Hampshire at Bav Auto.  It struck me that I had also seen a white 700LS at SCR 5 years later in Connecticut.  Wouldn't it be a coincidence, I thought..... :)

It is indeed a Small Baur World!

Here is that same 700 Baur that is now at Sports Car Restoration in Plainville CT. 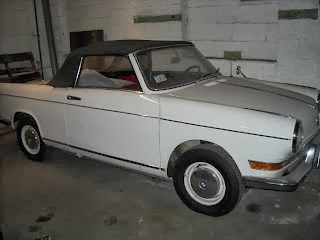 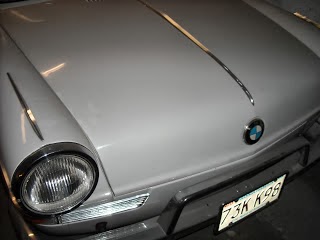 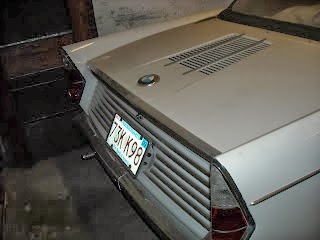 Very cool!  One of these days I will have to talk to the fellas at SCR to get more details on this Baur, so stay tuned!