You may have seen our post yesterday about Markus Vogel's 1969 2002 conversion into a Landaulette Cabrio with a sunroof.  Baurspotting requesting pics of how the project was accomplished, and Markus has graciously responded. 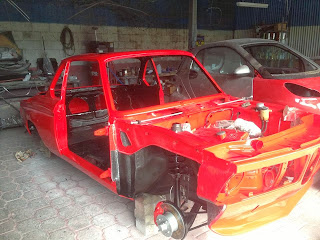 Here are several pics posted today in Facebook showing the process that Markus used to convert what I believe was originally a 2002 Coupe into a unique Baur-type Cabrio with a 'landaulette-style' rear fold down soft top, and a sunroof top over the front seats.

The way Markus did it may well be unique, but this 'landaulette with sunroof' 2002 Baur is not without precedent: 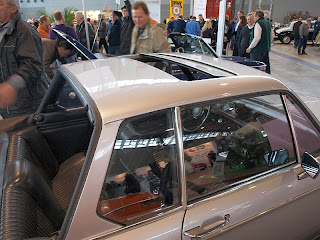 This is the personal car of Hermann Wenzelburger, co-Designer of the Baur, as it appeared at the Retro-Classics Show in Stuttgart in 2008.

Here are the pics posted by Markus Vogel today in Facebook: 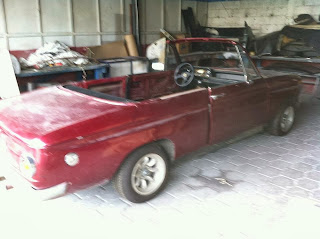 The original Base car.   At first I thought that this car was originally a cabrio.  I believe I was wrong.  Notice the triangular-shaped vent window in the pic above:  it matches the shape of a coupe.  The windshield of the Voll Cabrios and Cabrio Targas angles back at a sharper angle than this one, changing the shape of that vent window into a sharper triangle.  Therefore the base car pictured above was originally a coupe, not a cabrio. 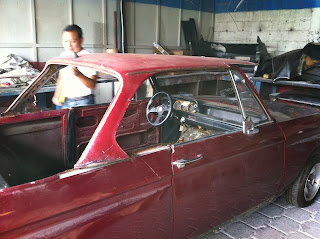 Here the the hardtop has been placed on the chassis, and you can see that it has been moved forward so that it overhangs the front windshield. 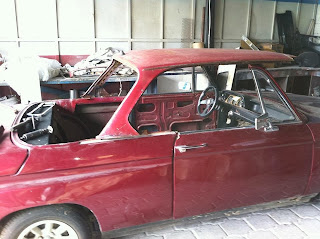 You can clearly see the overhang (which will be removed) in this pic. 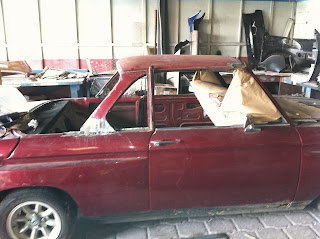 The overhang has been removed and attached to the windshield. 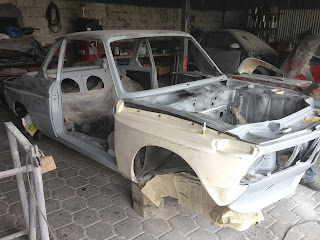 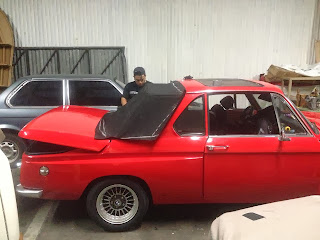 Fitting the rear 'landaulette-style' soft top.  Sunroof has been installed. 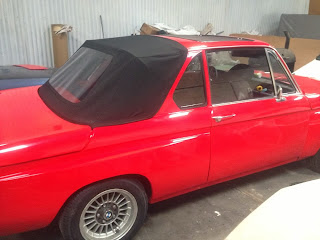 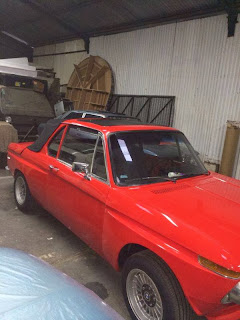 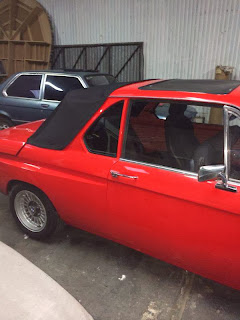 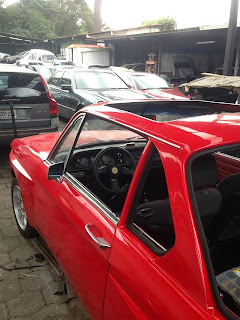 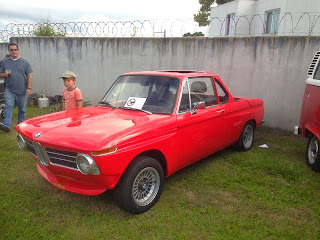 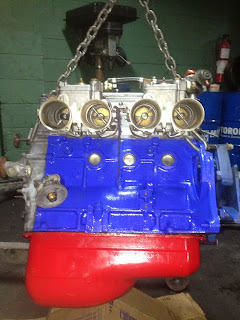 By the way, this is the engine in the car above.  Markus states that those are 50 Webers.  We hope to learn more about the engine soon, and we will post it here.

Nice work, Markus, and thank you for posting your pictures!