Another Cabrio Restoration in Norway!

Yesterday we posted some pics of Terje Pettersen's Baur Cabrio restoration project from Norway.  In the process we discovered another Baur Cabrio project in Norway:  Espen Alm added this comment to the original Facebook thread:
"Espen Alm I havent started my restoration yet, but I am soon going to do the same job on 1600cab nr #39. Interesting to see how you do Things. I have bought all new parts from BMW exept from the rear panels. I recomend using a jig before you do any more cutting."

We are now pleased to be able to present a couple of pictures of Espen's Baur, thanks to Terje P. and Espen himself! 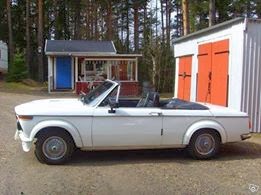 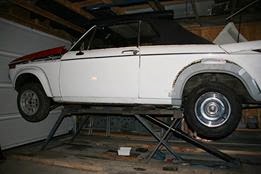 Espen himself posted the pic above, with the following comment:
Espen Alm Yes, this is my car. 1 of 3 -02 Cab's in Norway. This is prod.nr #39, and was sold new in -68 to Holstein in North Germany. Then sold to Sweden in -75, and repainted white with Turbo-kit in 1980  Mostly garaged after that. I bought it in 2011 with 113Km on the clock. It's not rusty, but I want it back in original shape and Granada red.

Espen states that this is 1 of 3 Cabrios in Norway.   If Terje P's Cabrio is included as another of the three, then it appears that we may have pics of TWO of the TOTAL of THREE Cabrios that are in Norway!  Is this correct?

Here is a link to the original post about Terje's project.  We hope to keep you posted on both projects as they progess.

Best wishes to Espen and Terje!

UPDATE:  Thanks to Terje Pettersen, we have a couple of pics of that third Baur Cabrio in Norway! 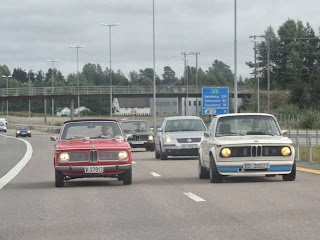 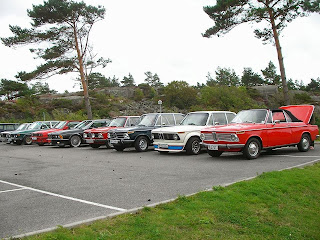