WHAT IS WRONG WITH THIS PICTURE?


WHAT IS WRONG WITH THIS PICTURE? 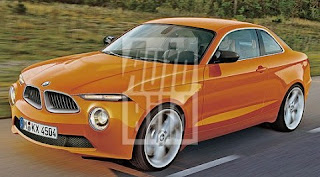 THIS IS NOT THE FINAL VERSION OF THE 1 SERIES.
It is missing one of the most distinctive design elements of BMW.

Aw, come on.  You didn't really think I was gonna make it THIS easy, did you?

OK, ok.  The answer will be posted later on today.  I am not THAT cruel.

WHAT IS WRONG WITH THIS PICTURE?

THIS IS NOT THE FINAL VERSION OF THE 1 SERIES.
It is missing one of the most distinctive design elements of BMW. 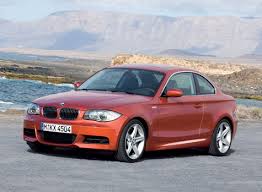 The 1961 1500 was the first BMW car to feature the Hofmeister kink in the C-pillar. One of the first known vehicles featuring this style element was the Kaiser-Frazer of 1951.


The Hofmeister kink (sometimes also translated Hofmeister kick, German: Hofmeister-Knick) is an automobile design feature seen on modern BMWs. It is a low forward bend in the C-pillar of the car, which is the piece of metal that separates the rear side windows from the rear glass. The kink formally debuted on the 1961 BMW 1500 at the 1961 Frankfurt Motor Show[1] and was later named after then-BMW director of design, Wilhelm Hofmeister.[2] In early models, the widened base of the C-pillar was sometimes adorned with the BMW roundel.
Apart from its pleasing effect, the Hofmeister kink is said by BMW to subtly highlight the fact that all BMW models have rear-wheel drive (or all-wheel drive biased to the rear).[1]
Note that this design feature is not unique to BMW models. Similar C-pillar kinks have appeared on cars of other brands both before 1961 and since. For example, the 1951 Kaiser Deluxe Golden Dragon shows a considerable "Hofmeister kink" in its greenhouse design.[3] Another instance is seen with the 1994 Chevrolet Impala SS, based on the 1991+ Chevrolet Caprice, which had a plastic C-pillar kink insert and unique quarter window added to its design for its debut year. For 1994, the Caprice retained the standard triangular shaped window glass. In 1995, GM did away with the plastic insert, and incorporated this kink into the stamped sheetmetal quarter panels themselves for both the Impala SS as well as the Caprice Classic. In addition, the kink is present on some Honda Accord models. However, the term "Hofmeister kink" is only used in reference to BMW automobiles, as it has become a distinctive styling cue used across all BMW model series.
The kink is found in the D-pillar of BMW Touring and SUV vehicles.


The Hofmeister kink is a small design feature of BMWs.  It is the name for the small cutout of the rear side windows on the C-pillar of the car. Rather than having the rear side window extend all the way down as might be expected, it angles back toward the front of the car. It is named after the legendary Director of Design at BMW, Wilhelm Hofmeister. It first appeared on the 1961 BMW 1500. You can see this on the 1500 in the image below.  (Circled in blue)

What is the Hofmeister Kink?

The Hofmeister kink has become a signature design element of all BMWs.  BMW claims that it "subtly highlights" that the cars are rear-wheel drive.  Since it first appeared, the kink has appeared on every BMW manufactured. Below is the C-Pillar of all of the BMW "Compact Exec" type cars since the 1500. (The modern model is the 3-Series)

During that time BMW has become synonomous with quality; the 3-Series is a legend and has been named to the Car and Driver Ten Best list every year since 1992.  As expected, the Hofmeister kink is now appearing on all kinds of cars.
http://www.newmediacampaigns.com/page/the-hofmeister-kink-a-lasting-bmw-design-detail

The kink describes the bend at the C-Pillar, representing a turn in the window lines that separates the rear side windows from the rear glass. The Hofmeister Kink design cue

was carried through the BMW lineup and it soon became associated with the brand.
The latest 2009 BMW 7 Series models are still “carrying” the Kink, but re-interpreted in a moremodern style

There has always been a debate on the Hofmeister Kin whether was born out of necessity in the first auto designs or it simply represents a sign of luxury.
According to the fellows at NewMediaCampaigns,  different auto brands use the Hofmeister Kink to distinguish between similar models of different marques, setting different levels of luxury.

or all-wheel drive with a rear-wheel bias.
If the next generation BMW 1 Series renderings are accurate, then we might be seeing the first modern BMW without the Hofmeister Kink.