This post is not for the faint of heart, nor for the purist 2002 aficionado.  However, these cars do exist, and that does look like M Power engine driving the one in the first pic.  We have two different cars here:  one clearly has an M Power engine (S14 I am told); the other appears to have a blown V8. 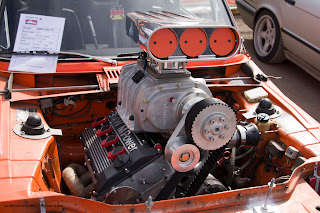 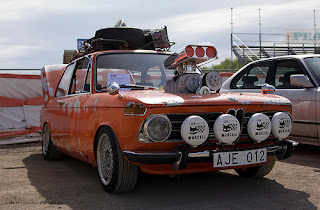 Another pic of this car. 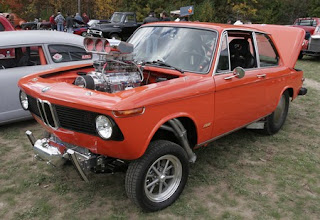 Different car with a blown V8. 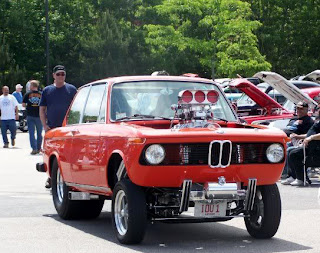 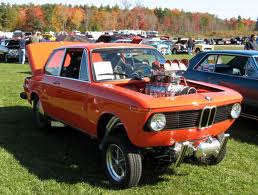 Ok, I am a purist when it comes to MY car.  But, truth be told, there is a part of me that would LOVE to see these cars at the track!  Wow.  Mama mia!

Full disclosure:  a couple of years ago, to celebrate my birthday, I confess that I spent the day at the local 'speedbowl', participating in the Holeshot 100" Drag Races.    I was there on the track from about 10am until 5:30pm.  It cost me 20 bucks.  I had an absolute BLAST!  6 or 7 practice runs, with over 100 other vehicles of all shapes and sizes : turbo-diesel trucks, full blown parachuted dragsters, motorcycles, quads, street rods, t-buckets, street rods.... you name it.   They were there!  I was the only BMW, and I brought my 1977 320 carbureted M10 E21.  I still think it ranks as one of the most fun things that I have ever done sitting down!  Highly recommended!

Looks like the same pic as above.  Same pic, different sources.  Go figure.

Here are some additional pics from Scott S. in 2002faq.  You can clearly see the V8 here. 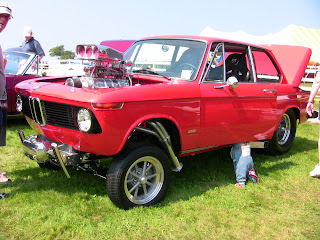 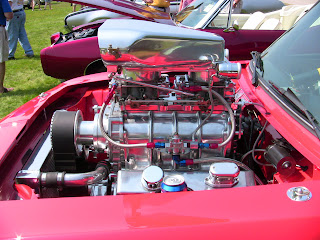 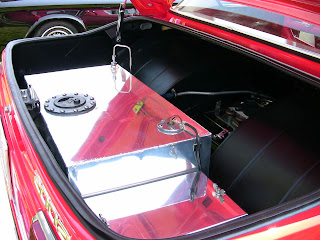