I am gonna have to meet this Bobby Rahal one of these days.  I mean, all I am doing is minding my own business, trying to locate and identify all the BMW Baurs in the US, and.... every time I turn around I am running into Bobby Rahal this, or Bobby Rahal that.  It is getting ridiculous!

OK, first of all, I am no authority on Bobby Rahal.  I do know that he is a former Indianapolis 500 winner, however, which certainly establishes his bona fides in the car guy world.  And you do know that I am dedicated to locating and identifying all the US BMW Baurs.  Well, as I said above... I seem to keep bumping into Bobby Rahal every time I turn around.  OK, maybe not actually Bobby Rahal himself, but.... the various extensions of Bobby Rahal Enterprises seem to be everywhere, and many of them have BMW connections.  And I keep seeing them.

It all started in August 2011, when my son, Brian, and I were returning from Bimmerfest East in Aberdeen, MD.  We took a rather circuitous route home that enabled us to include a little Civil War touring (Harpers Ferry, Antietam, Gettysburg), and several Baur owners along the way (Newville and Mechanicsburg, PA, and Newburgh, NY).  We dropped in on Scott and Michael Behman and their project Baur in Newville, and then paid a visit to Ed Ullom's Baur at his Bullenstall Museum in Mechanicsburg, PA.  As we were driving away from the Bullenstall, I spied a dealership across the street:  Bobby Rahal Lexus.  So we stopped and took the obligatory picture. 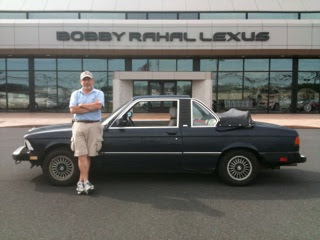 for more, check this out:
http://baurspotting.blogspot.com/2011/08/roaming-baur-more-pics-from-bullenstall.html

All well and good.  That was our first encounter , and it was just a fun and interesting sidelight to our trip.  I didn't think that much more about it.

A few months later, you may recall, we discovered the whereabouts of the Beaufort Baur... a Baur we had been searching for from a 2008 for sale listing in South Carolina.  Well, our friend Eric B. turns out to have been the buyer, and he shipped it to CA, where he planned to restore it, along with another project Baur he is working on.  Things did not work out for Eric with that car, and he sold the Beaufort Baur to Ron Perry, a nationally known car restorer.  Baurspotting was quite excited to  know that Ron Perry (!) was involved with a Baur, (Google Ron Perry for more info) and he was quite psyched to work on it.
http://baurspotting.blogspot.com/2012/02/vintage-motorsports-buys-beaufort-baur.html

Alas, that was not meant to be, either.  Ron, it seems, was committed to restoring a 3.0 CSl Batmobile for.... guess who;  Bobby Rahal!  Ron had some specialist work done on Bobby Rahal's Batmobile, in return for which he used the Beaufort Baur as payment for services.  That was a little disappointing for us here at Baurspotting..... until we saw what Ron accomplished with the Rahal Batmobile!  Unbelievable!  Kudos, Ron!  Outstanding work on that very special car.... so we have no regrets about the Beaufort Baur.  It was done in a worthy cause.  (He who fights and runs away, lives to fight another day!  Ancient saying.)  And it is now back on the market, awaiting restoration.  We look forward to the time when Ron Perry will take on another Baur project .... because we KNOW what amazing work he will do!


So, again we have a Bobby Rahal with an indirect connection to a Baur.  Not to mention Ron Perry!  We are really in the stratosphere here!  Wow.

In the meantime,  I had the occasion to attend the Lime Rock Park Historic Weekend with my friend, Bill K, and his lovely wife, Carol.  Once we get our base established overlooking the race track, Bill and I ventured down to tour the cars on display at the track.  This was one of our first stops.  Wow.  The Rahal Racing Tent. 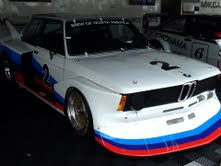 The pics above are mine.... those to follow are from REAL photographers Scott S. and Patrick D!  they were taken at the Rahal Racing tent at Lime Rock Park during the "Sunday at the Park" event that I attended on September 2, 2012 during the Historics Weekend.. 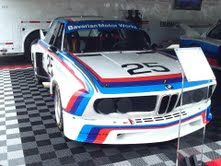 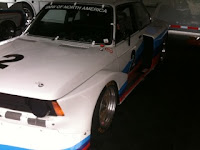 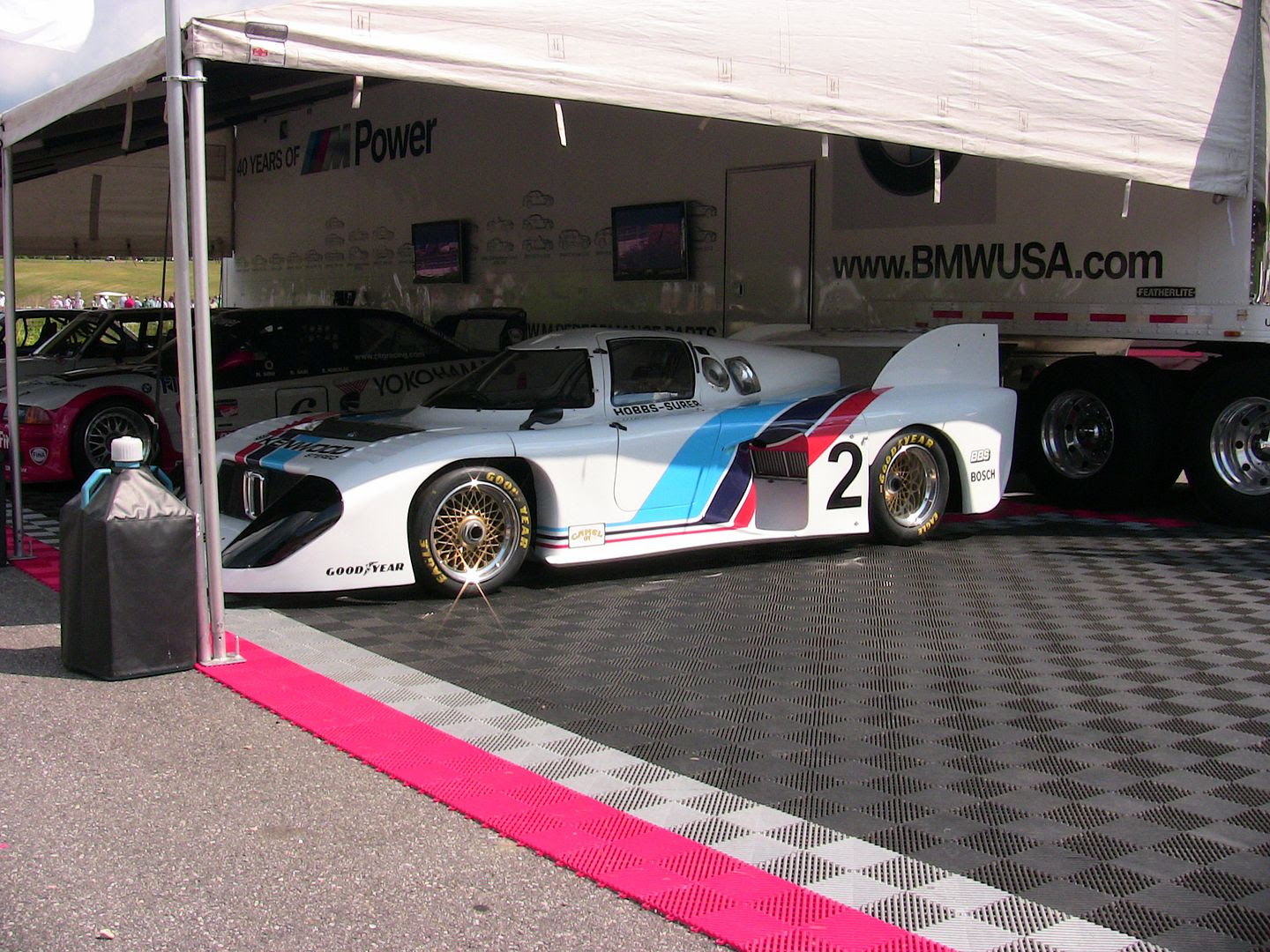 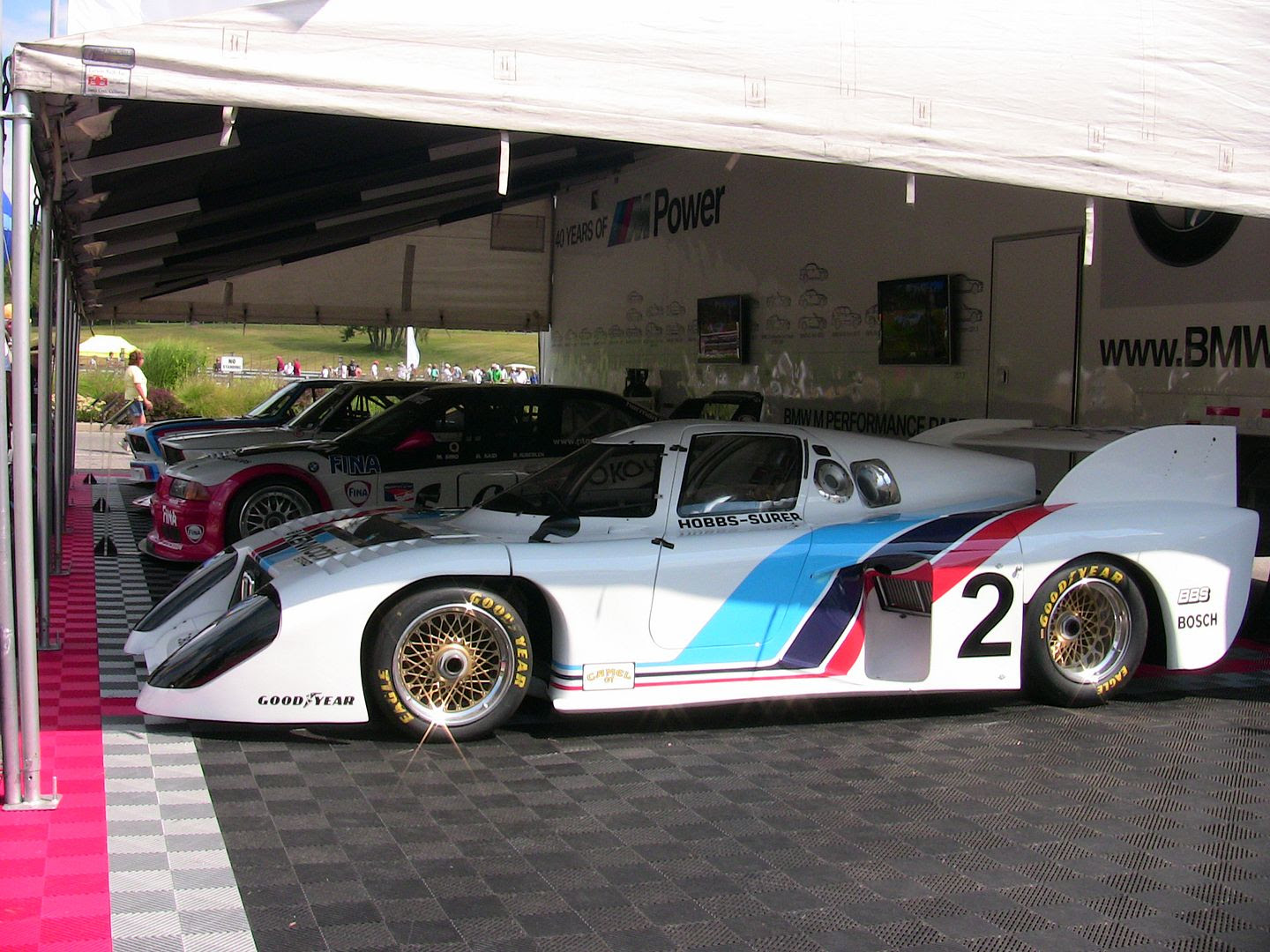 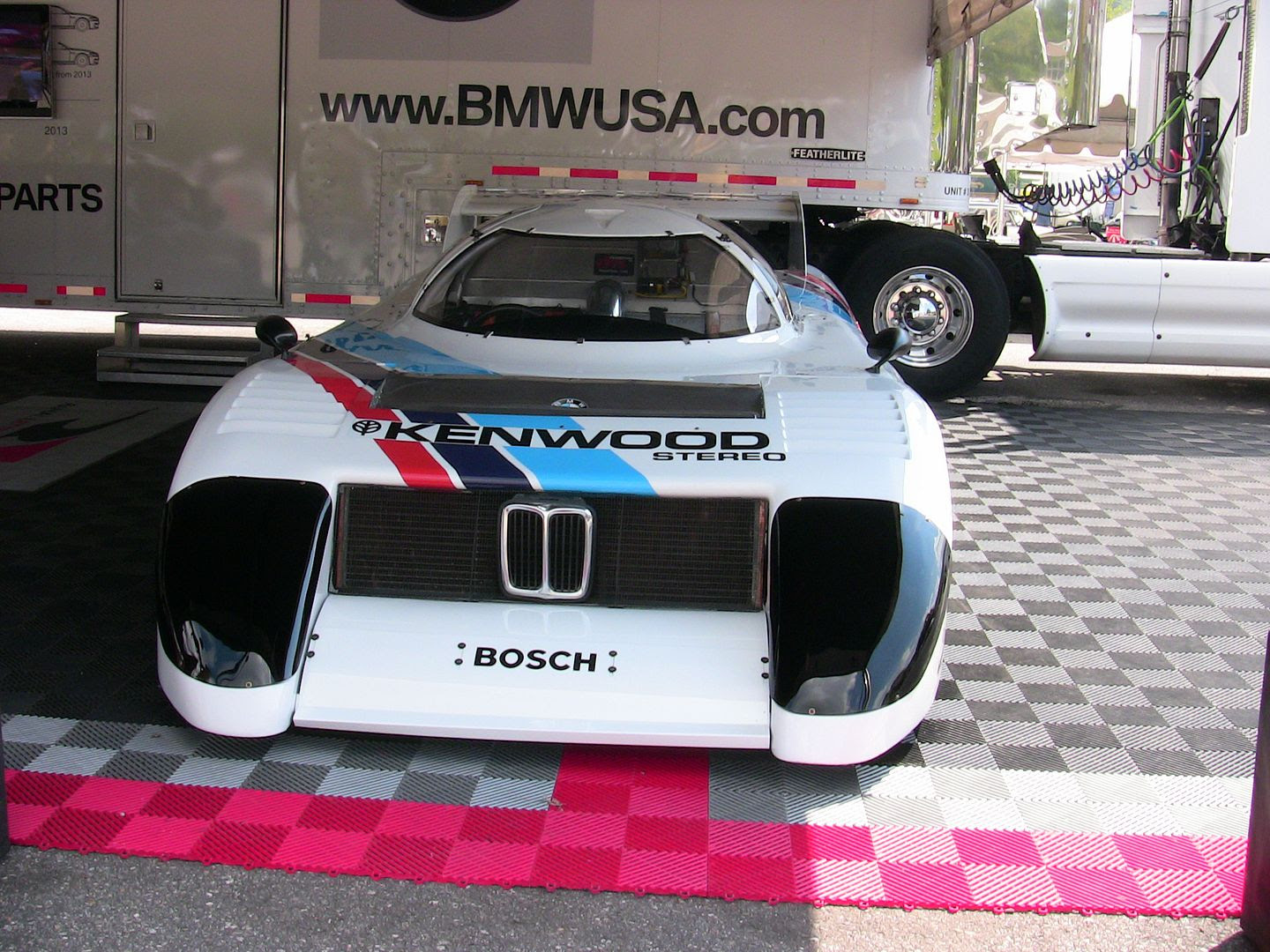 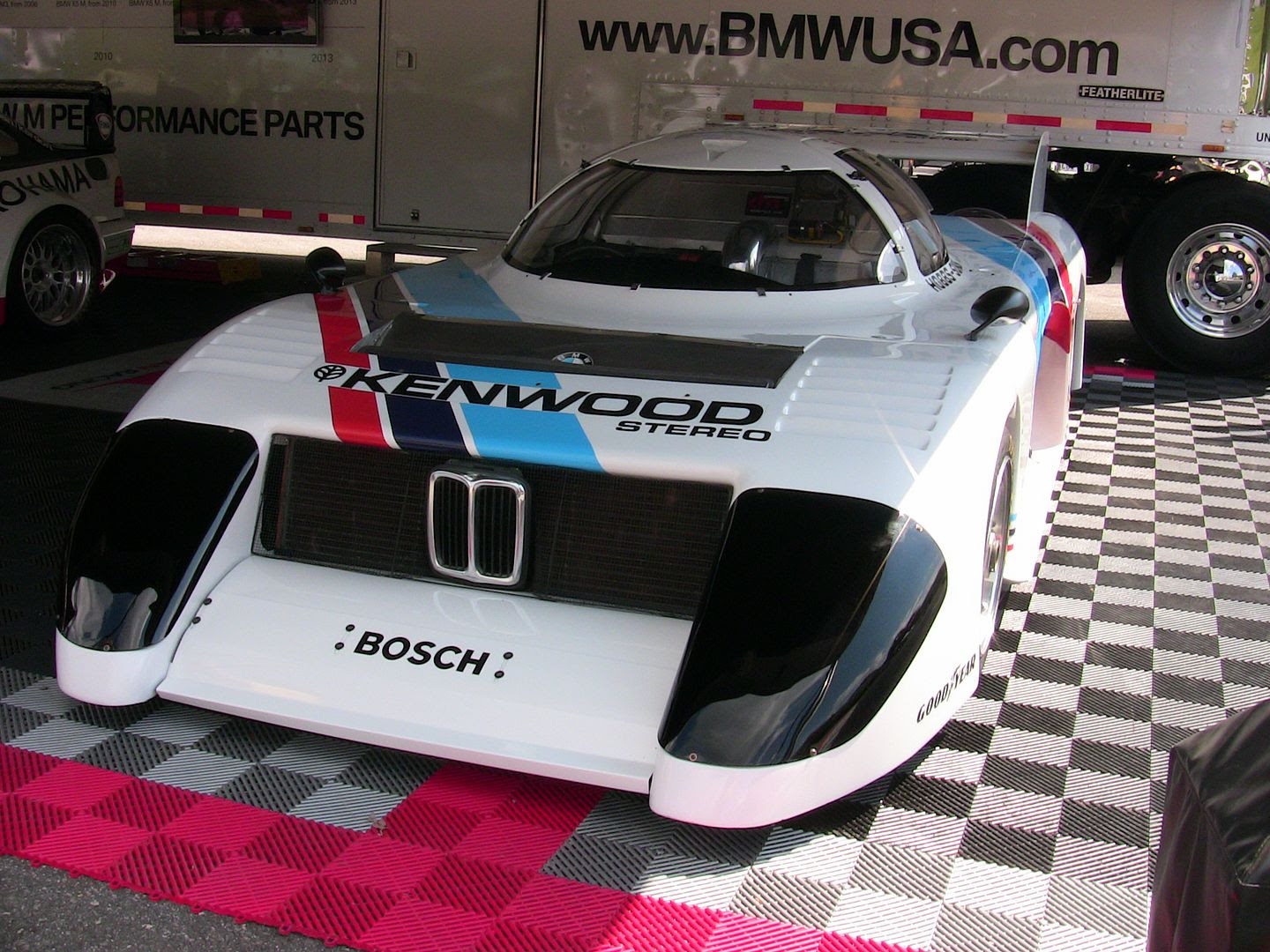 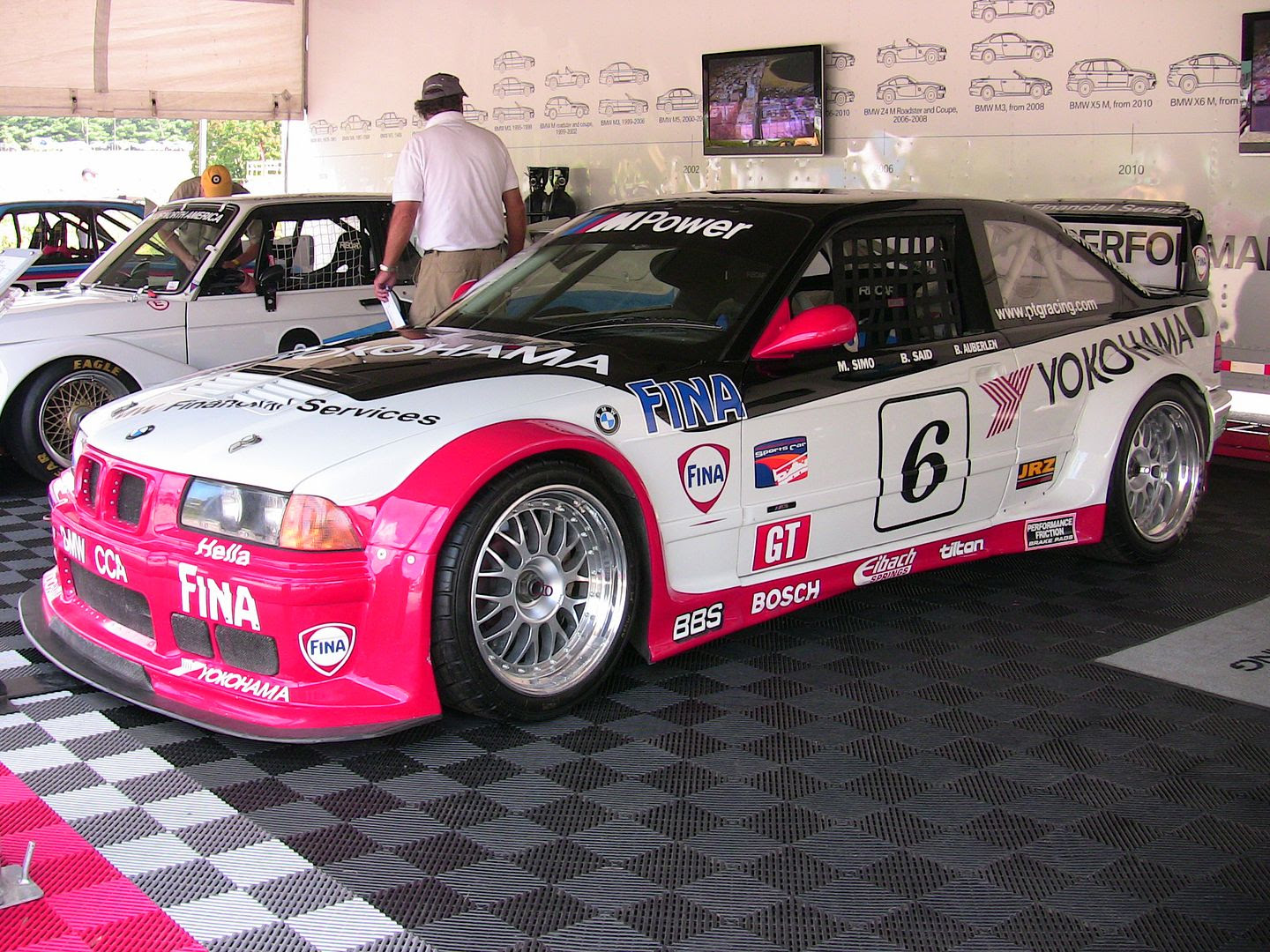 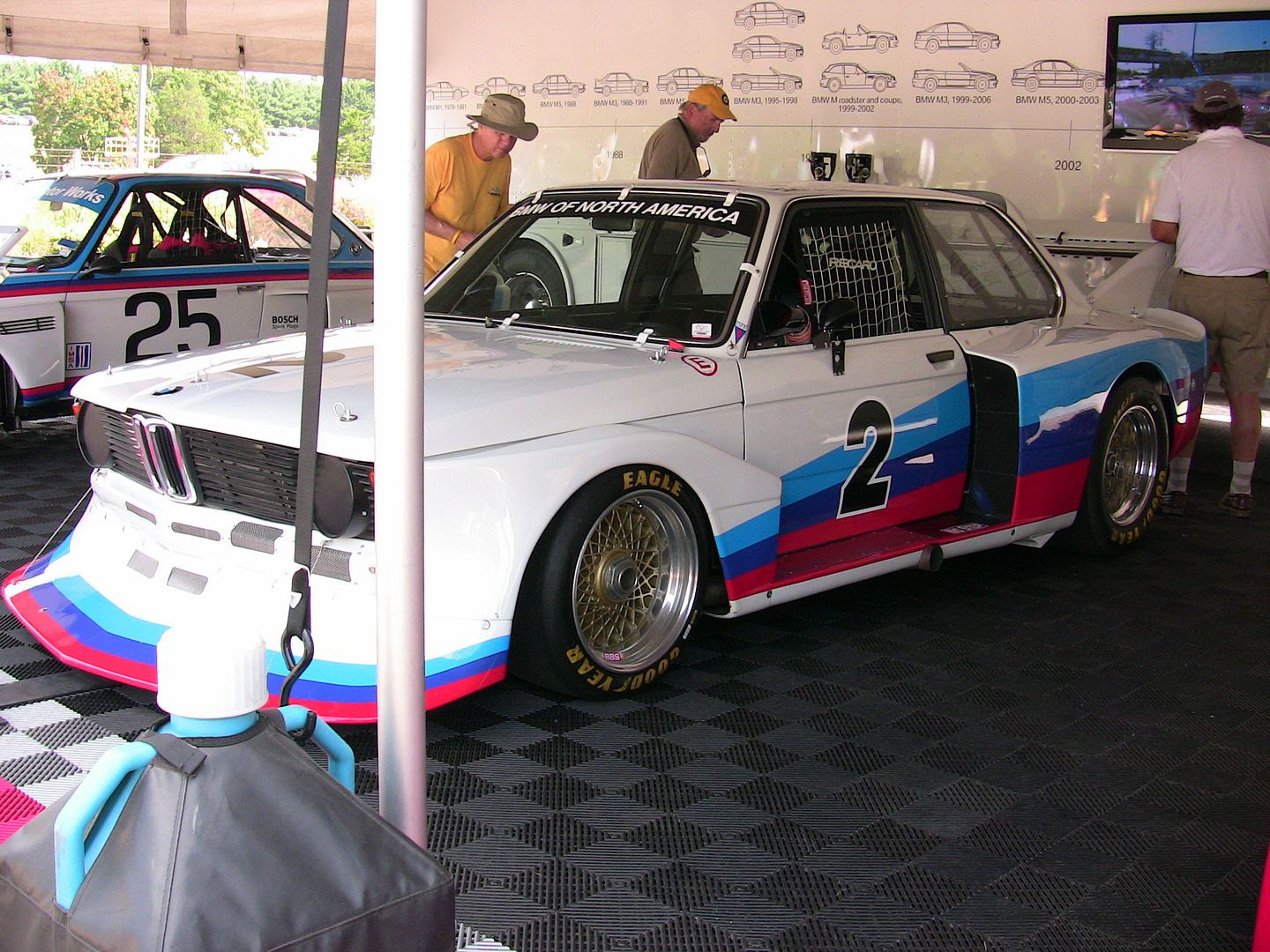 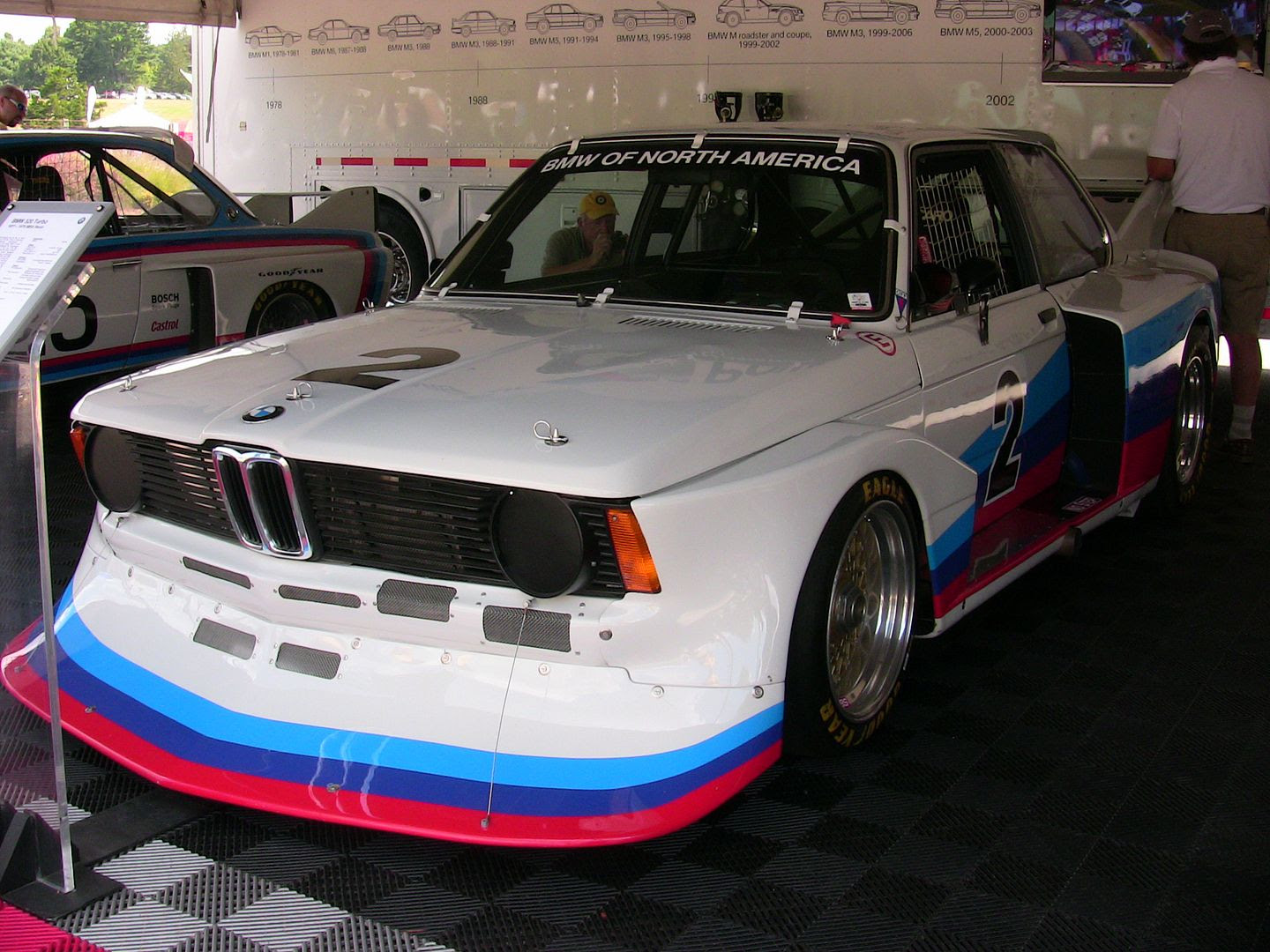 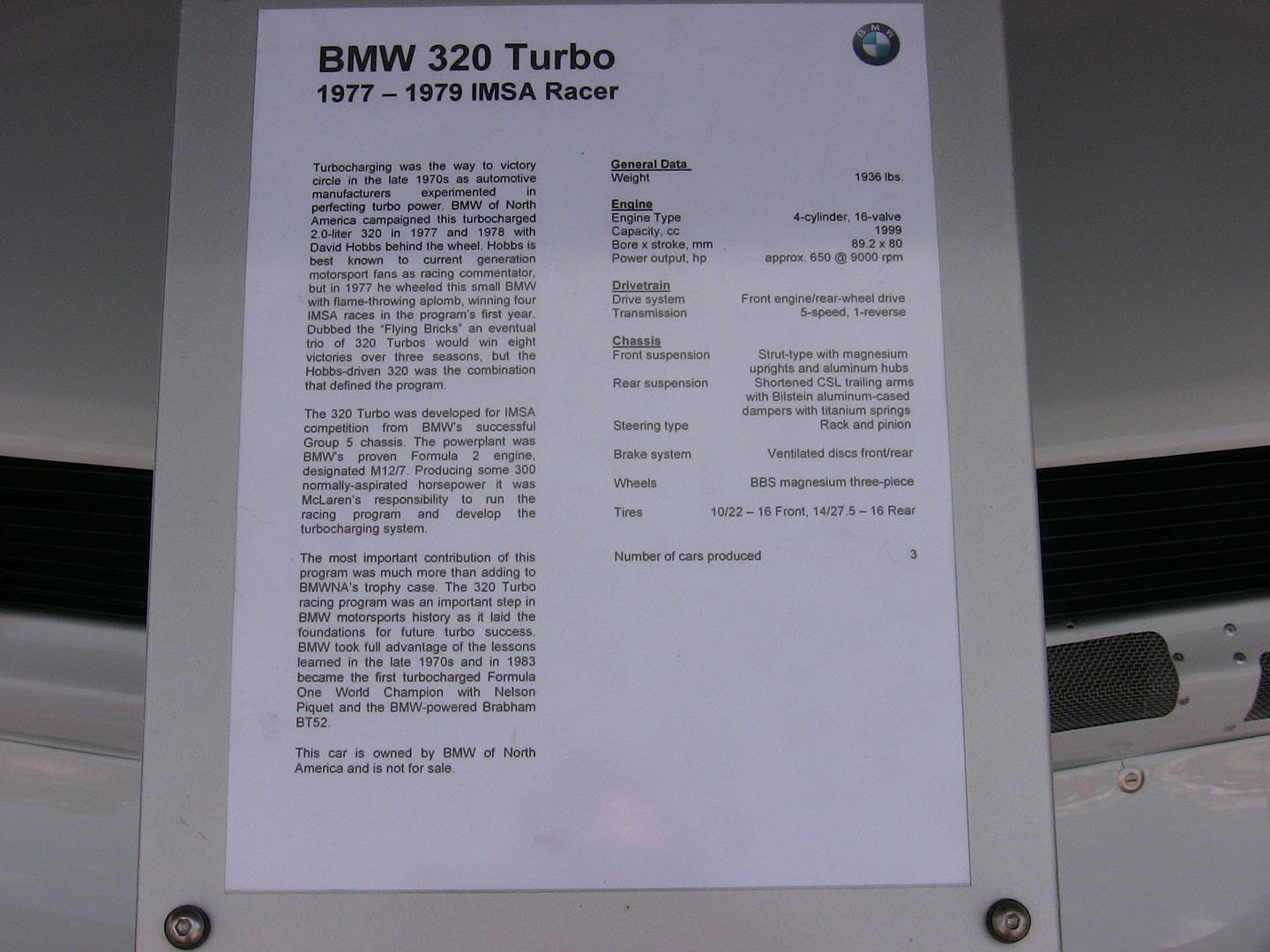 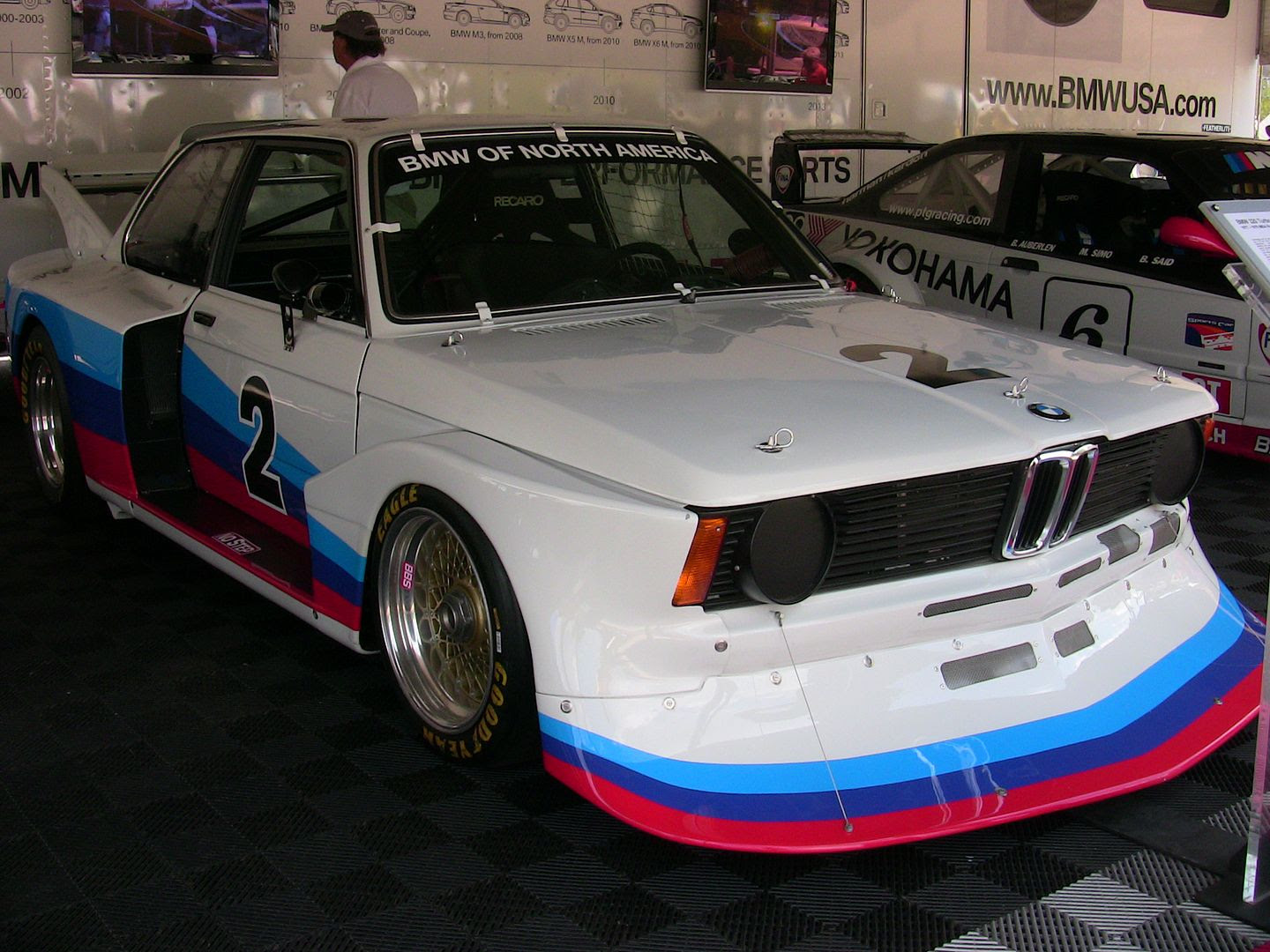 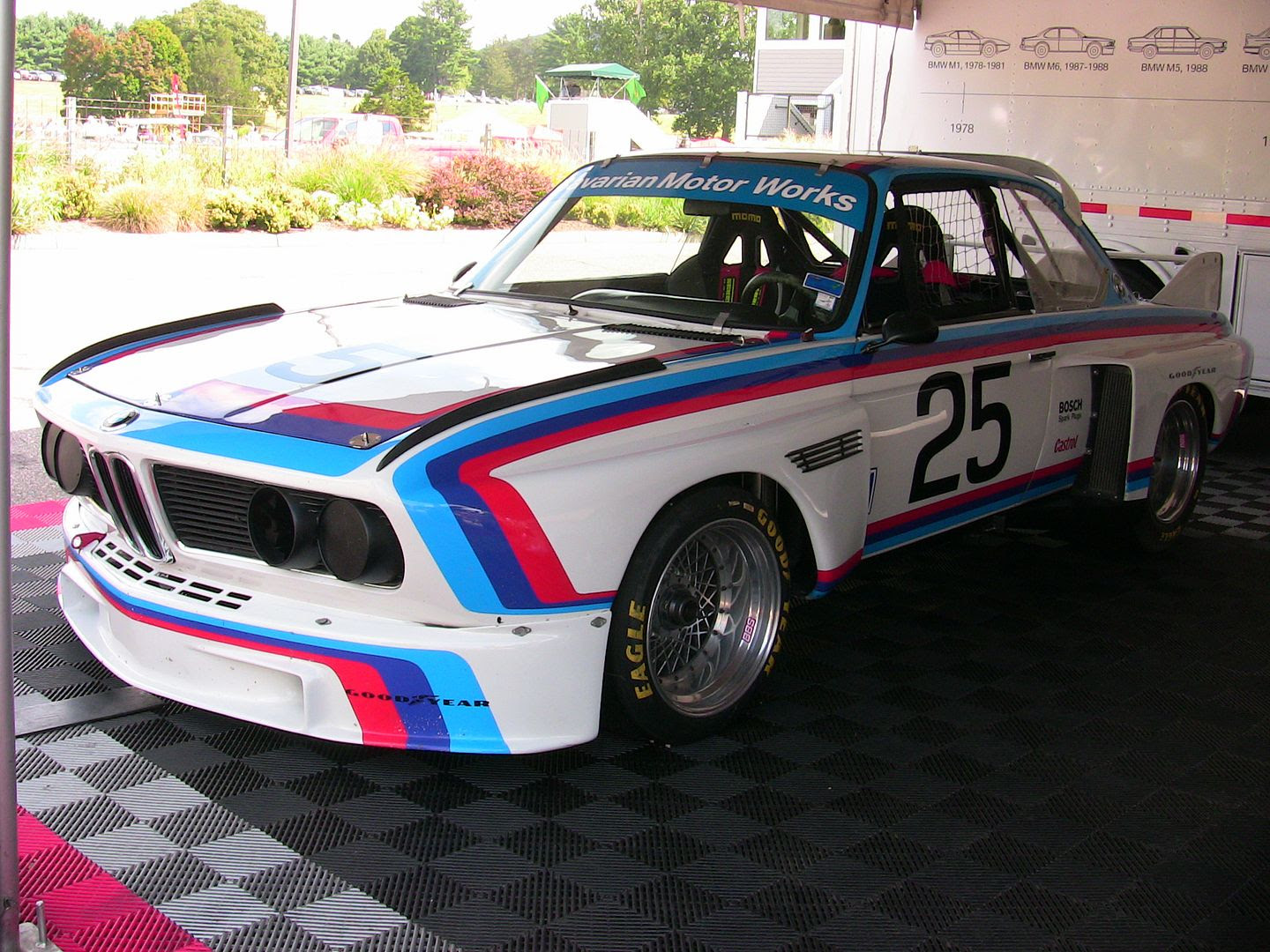 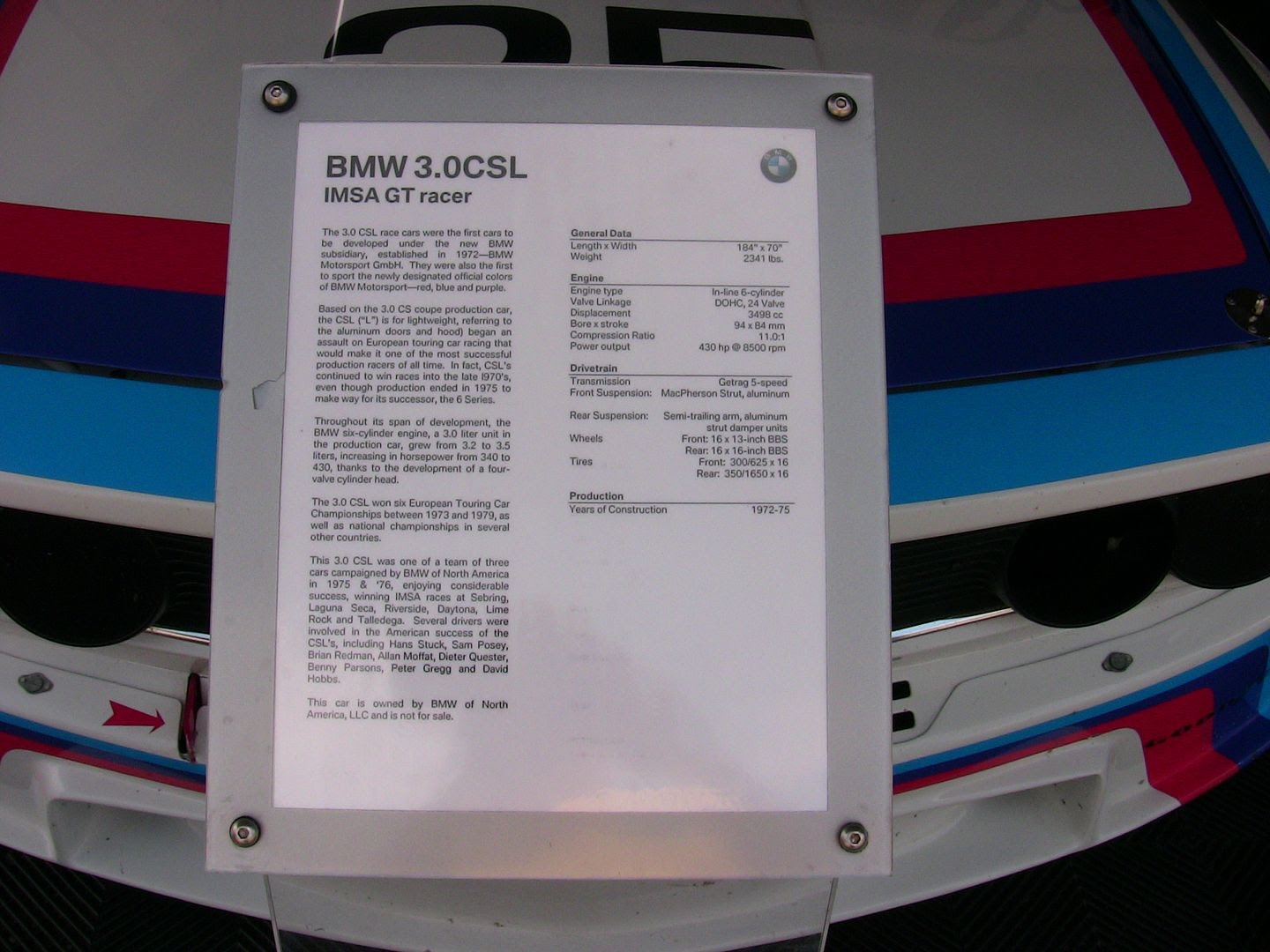 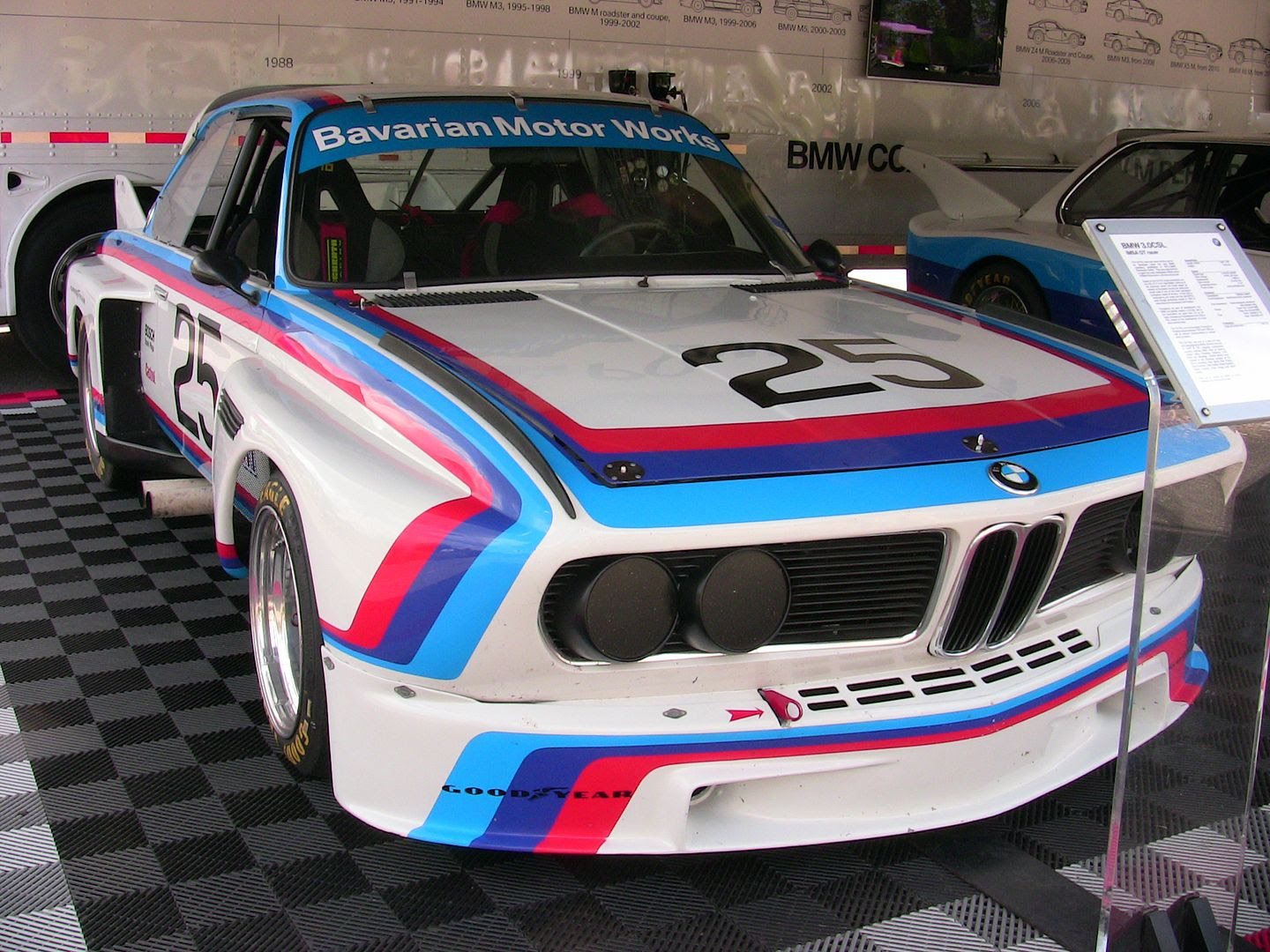 Pics above from Scott Sislane


Pics below from Patrick Delany

So I run into Bobby Rahal AGAIN!  Not that I am complaining, btw.  Look at those machines!  I love this stuff!

Anyway..... so here I am plugging away this week, basically minding my business, which is Baurs, you may recall.... and I find this amazing shop in Libertyville, IL called The Werk Shop. It turns out that they have done a simply amazing restoration on a 1972 Baur Targa!  So I feature that in blog post... great job those guys did.


Then, while I am perusing the rest of their website restorations.... who do I run into again???

Yup,. you guessed it:  here comes Bobby Rahal again!  If I didn't know better, I'd think this guy is stalking me!!!

The fact of the matter, of course, is that Bobby Rahal has NO FRICKIN' IDEA who I am!  :)

But I just seem to keep running into him, or vestiges of him, in connection with BMW.  I am beginning to think that he may like BMWs!

Here is the latest connection at The Werk Shop..... kind of a neat story all by itself!  Enjoy!

About this restoration : Bobby Rahal, an Indianapolis 500 Winner and owner of "Team Rahal" was given an Inka 2002tii when he went off to college. He told me he drove the car very aggressively and upon graudation convinced his parents to send him to two driving schools as he thought his experiences in the 02 might have given him the basis to be a race car driver. As we all know, the rest is history. Bobby wanted to duplicate that Inka 02 and asked us to find a 1972 donor and build him the exact car. Since his original car was stock, the duplicate car is also stock with its original 4-speed transmission. Bobby says the car seems faster than he remembers! The Columbus, Ohio area is where you'll see this tii.

Here is the link:
http://www.thewerkshop.net/registry/viewGallery.asp?g=7

Please check out that whole website!  It is worth it, believe me!