One of our fellow Baur owners, HarryPR, was involved in an amazing find down in Puerto Rico this week.  The story appeared in 2002faq yesterday, and it has caused considerable excitement and interest.  It bears repeating here.  Great sleuthing, Harry! 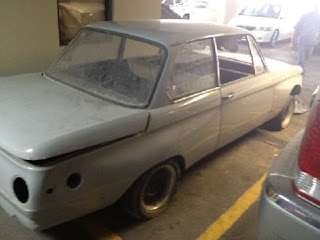 What better way to tell this story than with an eye-witness account by The Man himself!  The following quotes are from Harry's posts in the faq thread, along with the pics he has posted.  Take it away, Harry!

Harry's initial post:
"Or more like an "underground garage" find.
Rumors about this car have been running around locally for years. A friend and I decided to try to find it and, after some investigating, it was confirmed to be true!
It was one of three ordered by local enthusiasts, and all were imported as regular '02's to bypass emission laws, according to Ivan Pelegrina, an old school local BMW tech now living in the Tampa area. The other two had 165 HP engines, but the one on this one had 205 HP. According to Ivan, it was too much power for the owner's driving abilities.
After over 20 years of storage, the original owner has decide to bring it back to life.
Here are a couple of pics taken when I first saw the car a couple weeks ago." 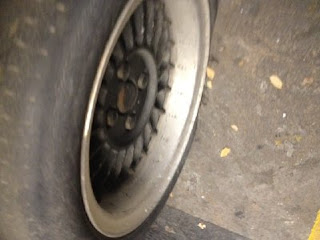 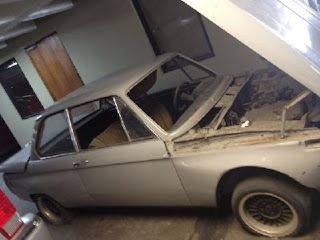 "Actually, the wheels are original multi-piece Alpina. The color is, in fact, Bristol."

'The original engine is not in the car. We are in the process of finding its whereabouts. If it can not be found, a new engine will be built to the original Alpina specs, most probably by one of the mechanics who worked on the car when it was new."


This was my question for harry:

Nice sleuth-work, Harry! So.... the original owner went to the trouble of importing this special car, then.... removed the engine from it. ???? Curious minds want to know why! We are fortunate to have one of our best guys (that's YOU, Harry!) down there working on this case! We are counting on you to get to the bottom of this, Harry! ;)

"The reason for the "missing" engine (which was/is, in fact a Grp. 5 one) is that the owner at one time sold it to an employee, only to buy it back. This employee removed the engine and replaced it with the one currently on the car in order to be able to use it (probably because the one in the car was not really streetable, as it was mentioned above). There are rumors that the engine may have been sold to a 2002 racer in the Dominican Republic, but this has not been confirmed.
I will post further news on this interesting car as I find out more about its history. In the meantime, here are a couple more pics, taken today:" 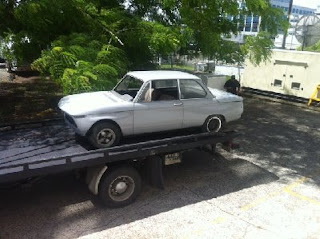 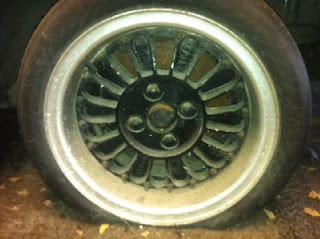 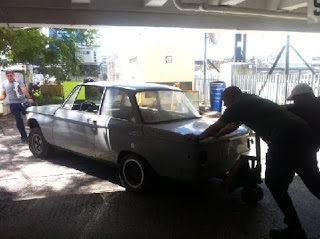 I can's say for sure, but that looks like Harry in his white hat doing the heavy lifting at the extreme right of this pic.  Easy, big fella!  ;) 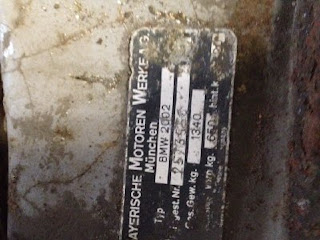 "Yes, it has a US VIN. However, this one, along with the two 165 HP ones came directly from Europe. Back then DOT and EPA inspections were lax here in the island and people got away with a lot of things. Ivan Pelegrina, who lives in Tampa now but had a shop and raced 2002's locally at the time, has provided lots of interesting details about the car.
Our 2002's did not come from the Max Hoffman pipeline, and there were even a couple of 2002ti's here which I saw back when I began in the hobby 30+ years ago."


Congrats on this find, Harry!  We look forward to following this story as it unfolds!