Thanks to my wife Cathy for this link!  I have always wanted one of these, haven't you? 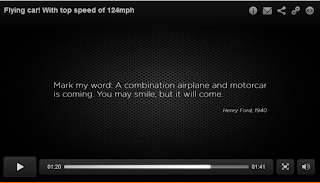 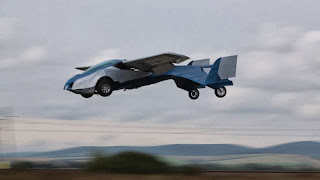 Never get stuck in a traffic jam again! Flying car switches between land and sky - and can reach a top speed of 124mph

By SARAH GRIFFITHS
PUBLISHED: 06:07 EST, 4 November 2013 | UPDATED: 09:41 EST, 4 November 2013
153 shares
54
View
comments
An incredible flying car has been developed to let drivers skip traffic jams and take to the skies.
The vehicle can be driven on normal roads as well as being flown as a two-seater airplane, as it is able take off and land at any airport, 'opening the door to real door-to-door travel,' according to a Slovakian company.
Named the AeroMobil 2.5, the hybrid invention was unveiled at AeroTech, an airshow exhibition held in Montreal.