Thanks to Harry B. and the Puerto Rico Classic Bimmer Group - Clasicos BMW for posting this in Facebook today.  You probably know that Baur played a role in finishing this car after Lamborghini was unable to fulfill their original contract.  So it is a Baur!

And scroll down the page to see the other M1 for sale also!! 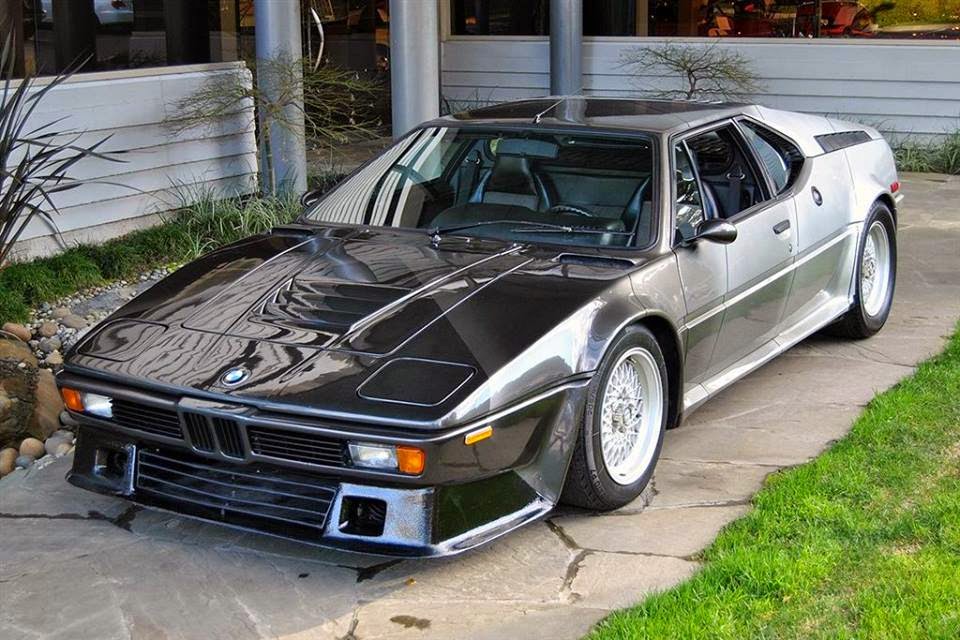 This vehicle, number 94 of approximately 453 M1s produced from 1979-1981, was modified in Germany by AHG, formerly the largest BMW dealer in Europe and now owned by BMW. Only ten M1s ever received the treatment from the AHG M1 Studio, and most were only available to BMW's factory racers.
According to quotes from then AHG/BMW Motorsports Division president Peter Gartemann the modifications included: The 3.5 Liter 277 HP was upgraded to 350 HP, racing clutch, special exhaust, front air dam with brake ducts, wider front and rear fenders, side skirts, special rear wing, adjustable height suspension, BBS wheels, Cibie lights, full leather seats and special paint.
The car was sold in stock condition to its first owner from Mainz, Germany in November of 1979. In October of 1981 it moved on to what is believed to be the first owners daughter. According to AHG it was then sold to an artist who used the car as a canvas featured in expositions and newspapers. It returned to AHG in May of 1983, who then fitted the car with their special package. The famous German paint shop of Hermann Altmiks was hired to apply the current custom paint scheme. The engine was completely rebuilt and now puts out 350hp as opposed the stock rating of 277hp. The rebuild was completed 1200km (746 miles) before it was shipped to the US in 1984. Since then the car has only covered an additional 6000km (3728 miles.)
4301094 was purchased by an American collector in November of 1983 from Automobile International in Munich, West Germany. It arrived in the US in March of 1984, and received its EPA release letter in December of that year. When imported this M1 was modified for DOT compliance, but was released as EPA exempt (not street legal in California). Full DOT/EPA documentation is included. The NHTSA released the car in 1985, and the car began to appear in shows soon after. 4301094 was very active in the BMW scene until the late 90's, when it was put in storage as a long term collectable.
In October of 2012 the M1 was awakened once more, and over $3500 in original BMW parts were used in its resurrection. Now in the hands of Canepa the car is receiving a thorough inspection and will be given the care it requires to meet our exacting standards.

Here is the SECOND M1 for sale:
This one is a1981 and is located in New York! 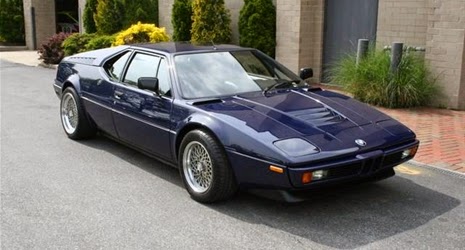 BLUE!
Blue with Black leather interior and Black carpeting, 24,000 original miles, Excellent history.
The M1 coupe was hand-built between 1978 and 1981 under the Motorsport division of BMW as a homologation special for sports car racing. The body was designed by Giugiaro taking inspiration from the 1972 BMW Turbo show car. Originally, BMW commissioned Lamborghini to work out the details of the car's chassis, assemble prototypes and manufacture the vehicles, but Lamborghini's financial position meant that BMW reassumed control over the project in April 1978, after seven prototypes were built. Only 456 production M1s were built, making it one of BMW's rarest models. The spirit of the M1 lives on in a BMW M-Models produced since. The M1 enjoyed huge success in motorsport including the famed BMW Procar series, a support race prior to each Formula One race on the years calendar.
The mid-engined car was powered by a big straight-six engine displacing 3.5 litres. The road version had a maximum power of 277 bhp with acceleration (0-62 mph) in under 6 seconds with (0-124 mph) in a mere 20 seconds, only a handful of automobiles could accelerate as such at the time.
Collector owner for the past 25 years, this M1 is in excellent, serviced condition. Its provenance includes its rare Blue color as well as its being a BMW Motorsport Factory Press Car when new. 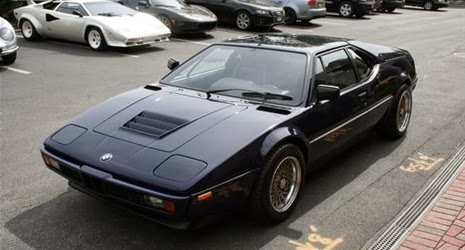 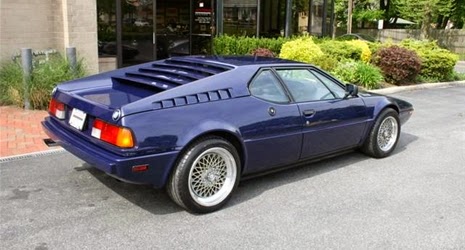