No doubt that deeeeeep pockets are required for this sale but.... That 700 Cabrio is a BAUR!  The 700 is the car that spared BMW from bankruptcy, and worse.... from being bought out by Mercedes-Benz in 1959.  This is a historically significant car. I hope someone can save them

This collection of 6 BMW project cars range from a wartime 1940 321 to five different air-cooled 700′s built in the early 60′s. All of the cars need significant work, but at least they aren’t half sunken hulks in a field, and two of them have already been partially restored. It may not make sense to save all of them, but several appear to be realistic projects, and the remainder may yield good parts so that others may live. Either way, the seller is clear that these are being sold together, so leave the trailer at home and bring a big flatbed. Find them here on eBay in Houston Texas without reserve. 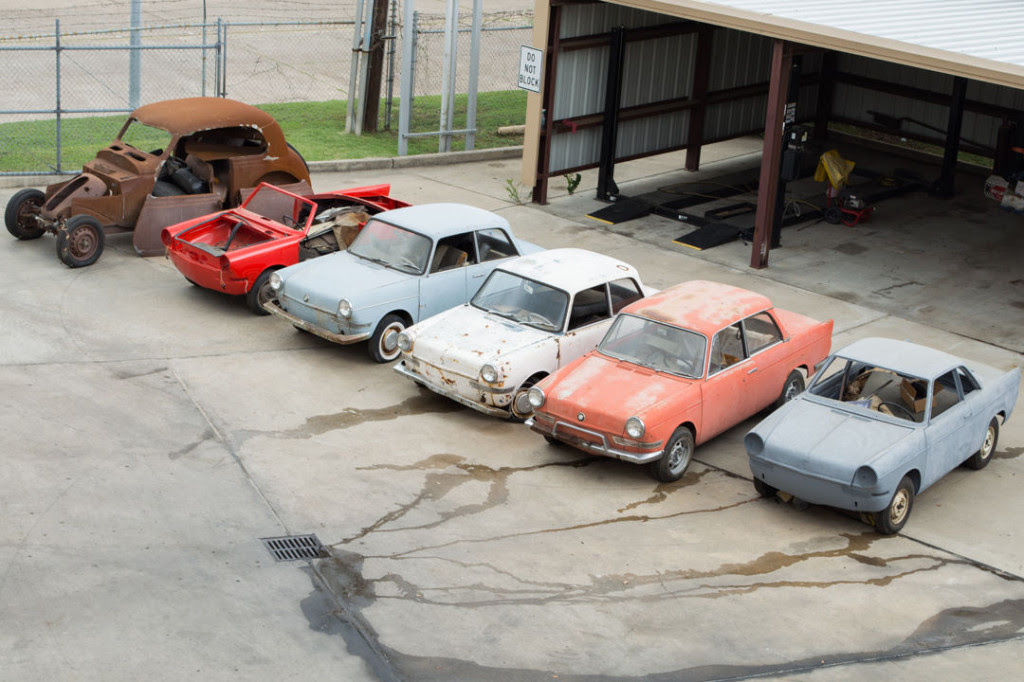 By far the oldest car in the lot is a scarce 1940 BMW 321 (Chassis 99365). The car is completely disassembled and caked in a layer of surface rust, but does however, come with its engine, seats, and many body panels.. Given its scarcity, historical significance, and restored value, there is a good chance that this 321 may receive a deep pocket restoration. Even if this is not to be, the parts themselves are no doubt of significant value to other ongoing restorations here or in Europe. 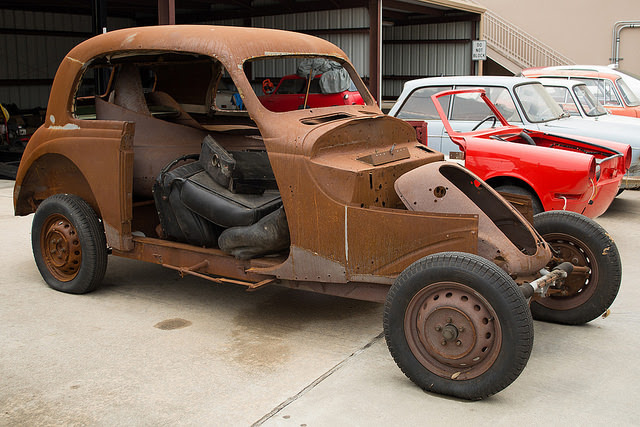 Of the 700s, by far the rarest is the 1963 BMW 700 Cabriolet (Chassis 780144). Unlike the other cars in the collection, significant work has already been done including a newly painted body, installed wiring harness, and new chrome trim. The engine is dismantled however, and the doors and glass are missing. Still, these are not overly complex cars, and with less than 3000 built there is little doubt that this one will eventually see the road again. 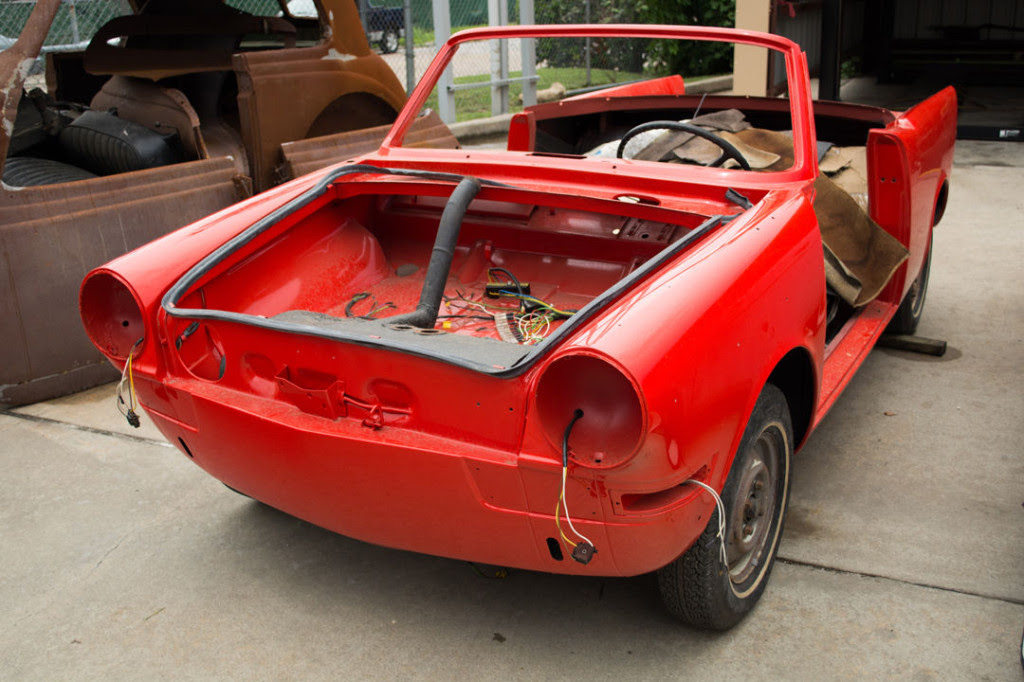 The 1963 700 Sport Coupe (Chassis 196751) is another desireable model that appears to be a good starting point for a project. The car currently sits in primer and is largely complete including its numbers-matching engine and a clear title. Given the motorsports history of the model, we’d take up the seller’s suggestion and built it into a period correct race or rally car, though restoring it to factory original condition would be fun, too. 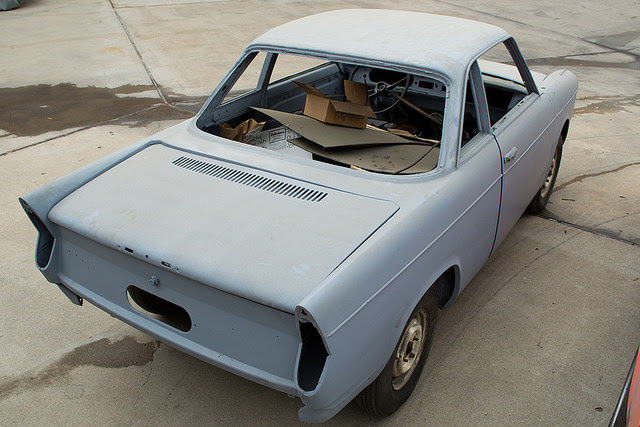 The next example is a red 1963 700A LS saloon (Chassis 835535). The LS was an extended wheelbase model of the 700, and the size increase is quite evident in the group photo. The body appears to be quite solid with complete glass and trim, the drivetrain is missing however. Still, the larger size makes it bit more accommodating, and the lack of a motor leaves the door open for an interesting swap–lots of suitable air-cooled motorcycle engines come to mind. 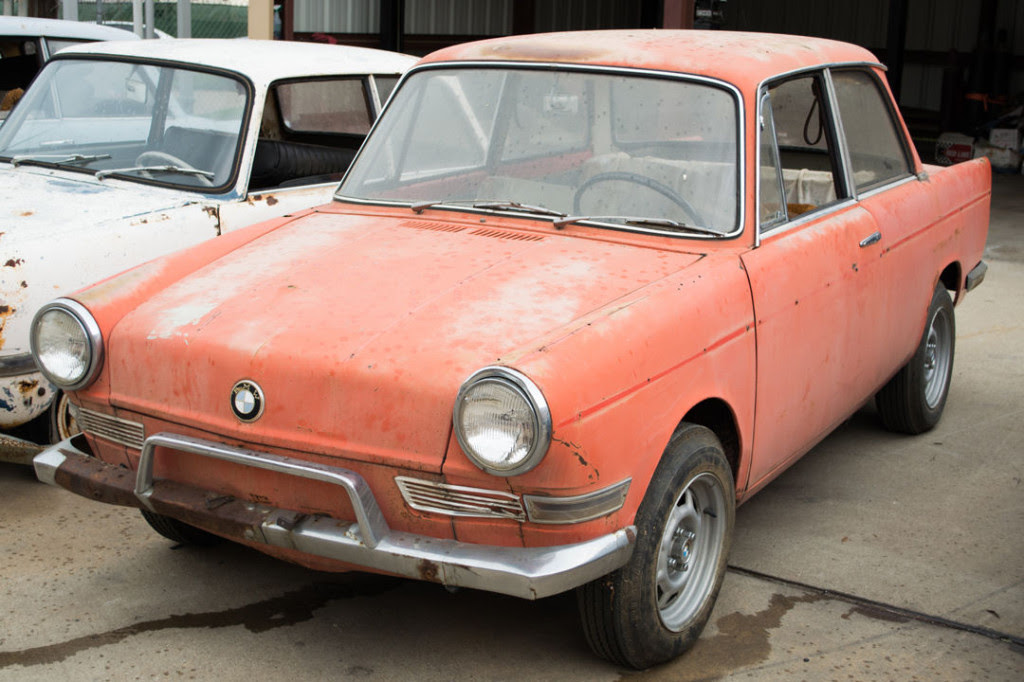 The final two are a blue 1962 700 saloon (Chassis 703827) and a former blue but currently white version of the same year and model (717345). The blue example seems to be another solid example and the seller states that the car is complete including numbers-matching engine. The white 700 looks to be the roughest out of the 700′s, and it is showing a fair amount of surface corrosion which may run deeper. Still, the seller states that it too is complete, though with a replacement motor. 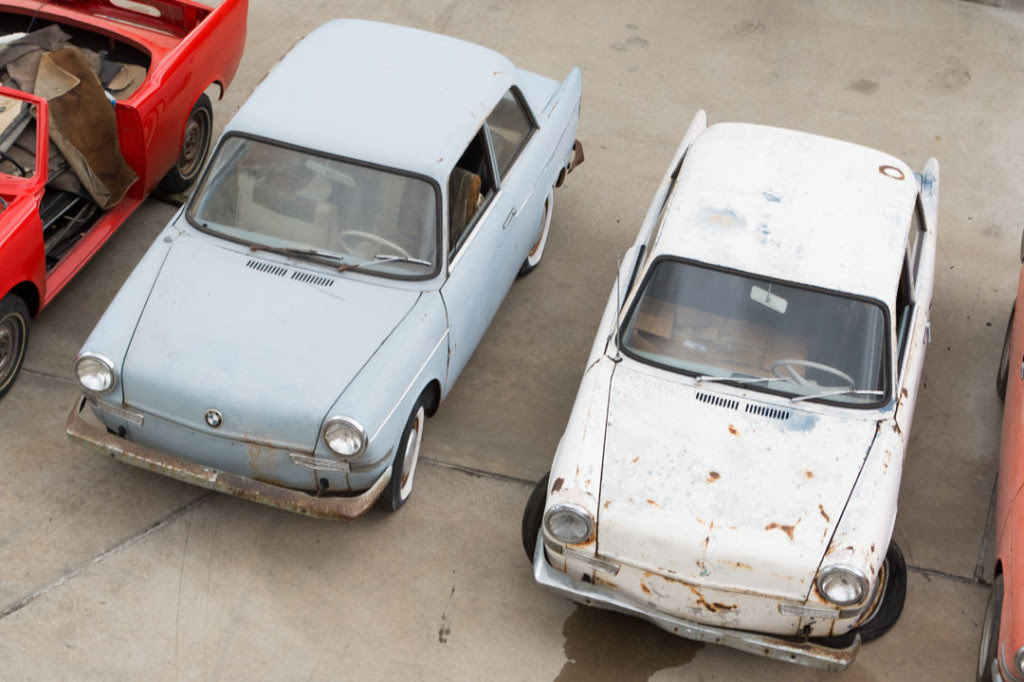 Though the BMW 321 is a major project, it’s a beautiful sporting coupe that was produced in only very limited numbers due to wartime demands. The 700 for its part was a very important and profitable post-war model for BMW, yet continues to be overshadowed by the earlier Isetta and later Neue Klasse despite its significance. Hopefully most or all of these cars will be restored, and they can do their small part to bring awareness to these largely forgotten but pivotal BMW’s.