Baurspotting vs. DMV Part V: Yes, Virginia, There IS a Santa Claus

Ok, up bright and early Friday morning, June 28, ready for Round Four of this chess match with CT DMV. 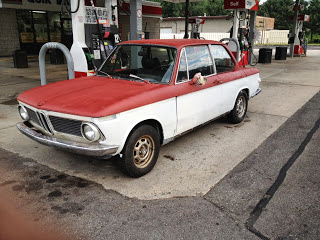 However, my VIN check form is now properly completed (magically!), and .... well, let us just leave it at that.  Wink wink, nudge nudge.

I arrive at the DMV by 8:15 am, avoiding the 7:45am opening crush, and I am assigned a number.  Not too bad for a Friday morning, only 13 folks ahead of me for registrations!

I do a quick survey of the scene:  four windows open, two (#6 and 7) primarily serving driver license renewals, and two (#3 and 4) serving primarily car registrations.  #3 is the same lady who denied me yesterday. Right next to her in  window #4 is the DMV Building Supervisor.  (I overheard her announcing this to some clients at her window).  She seems competent and professional, and also quite friendly and cheery.  If I had a choice, this would be the window I would choose.  But I have no choice, it is simply a matter of random luck of the draw.  Well, here's hoping I get #4!

Window #6 is a complete unknown to me, although she seems to be the primary driver license person.  Window #7, however, I immediately recognize as the Pit Bull who was handling the information window yesterday, and I personally witnessed her dealing with several unfortunate clients in a most high-handed and arrogant fashion.  I don't want window #7.

So, as I am sitting awaiting my turn, this is how I rank the four available windows, most favorable to least favorable:  #4 is tops, followed by #6, then in swiftly declining preference, are the Pit Bull in #7 and my Thursday rejector in Window #3.

The line is moving fast, and the next thing you know, my number is up next.   Window #6 has disappeared, probably on a break!  (Have you noticed that they take a lot of breaks at DMV?)   #3, 4 and 7 all have customers that are nearly finished.  Who will I get?  I am actively rooting for #4, and I can hear her coaching a customer through the procedure in spite of the fact that he is apparently lacking some item!  Now I KNOW she is the one I want.... but she is being so nice to him that is taking FOREVER!  Come on, baby, let's keep that line moving!

I am greeted at Window #3 very positively, and she immediately remembers that I was here with her yesterday.  (Day um again!)  I acknowledge that, and smile, proffering my paperwork.  She accepts it, asking no questions, and I, in turn, offer no explanation.  The Pas de Deux has begun.  "If it ain't broke, don't fix it' applies at DMV too, btw.

She began to process the paperwork, while I stood there doing my best to contain my giddy excitement.  (It's working!)   I threw out a couple of mundane (distracting ) pleasantries, such as how nice it was to find the DMV so deserted on a Friday morning, and inquiring about the signs I saw for the 6 year driver license renewals.  I was thinking it was something new, but it turns out MY license (which she held in her hand) was renewed the last time for six years, and it was now coming up for renewal in October.

Then, she floored me with a question:  "Would you like to renew your license now, as long as you are here?  It will save you another trip to DMV."   Duh, now THERE is a no-brainer!  I asked if it meant getting into line again and waiting.  "Oh no", she said cheerily,"I can do it here right now. It will only take a minute."

Well, I'll be damned!  Just when I think I am bound to get screwed AGAIN by DMV, they go and offer to do me a favor..... and TOTALLY  redeem themselves, to quote Jeff Daniels in DUMB AND DUMBER.

So... of course I said yes! Five minutes later---- I swear this is true---- I emerge from the Winsted DMV with not only my 2002 registration and transferred Early American plates in hand, but also my brand new renewed drivers license, good for six more years! 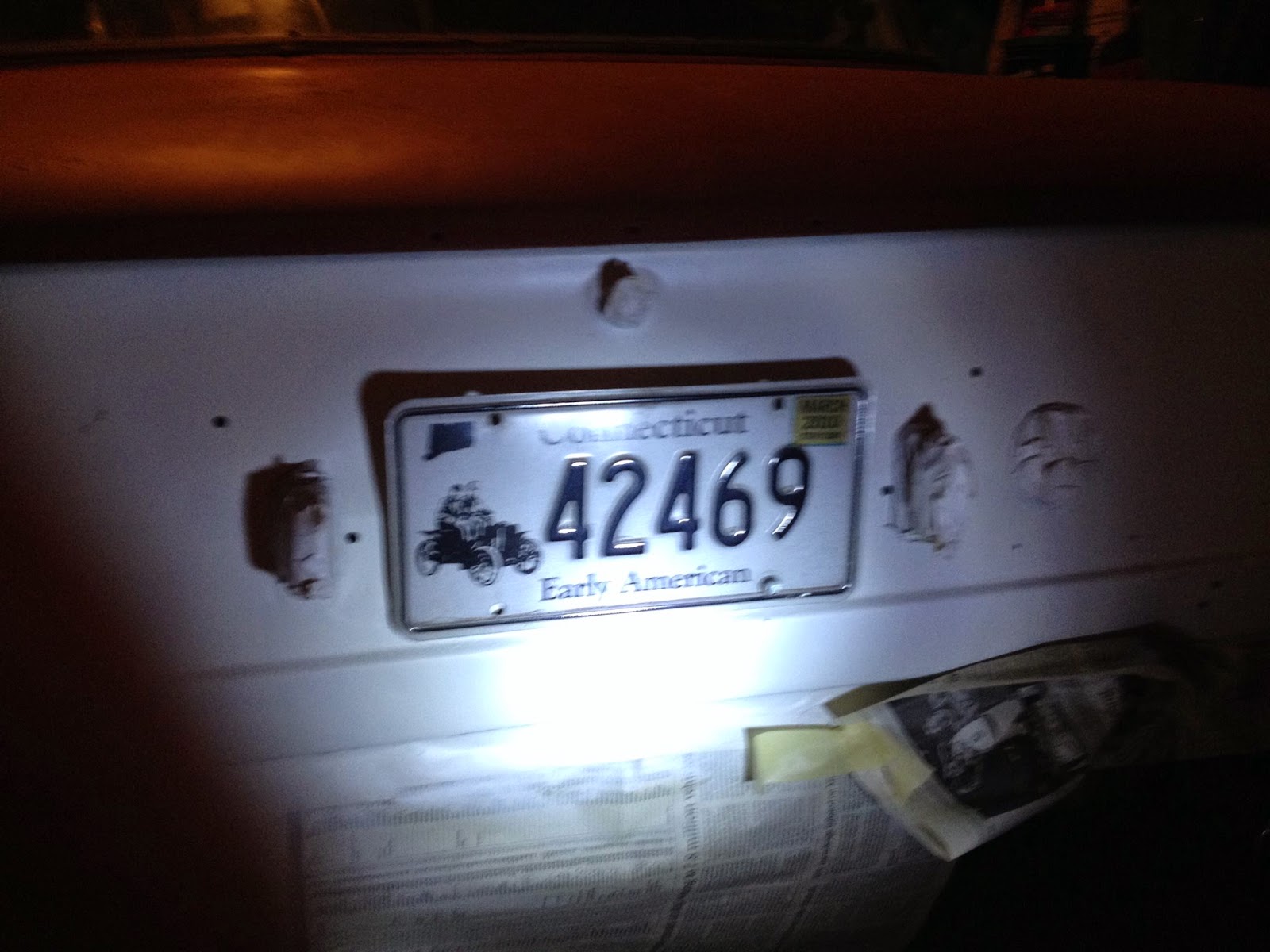 This was such a happy, and unexpected, outcome, that it was almost enough to make me regret some of the nasty things I may have said in Parts I-IV of this story.  I said.... ALMOST.    ;)

So, yes, Virginia, there apparently IS a Santa Claus, after all.  And he sometimes hangs out at the unlikeliest of places:  the CT DMV!!


The complete 5 part series:
The whole sordid story is really too long to post completely in here, so here it is broken up into digestible segments.
Enjoy!