Thanks to John E at Classic and Vintage BMW for this great post!  Wow, John!  Kudos! 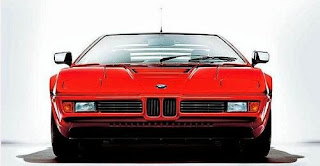 What makes the E26 M1 unique?
The E26 M1 is BMW’s only mid-engine production sports car and the only product of BMW Motorsport GmbH that is not based on an existing production model from BMW AG. It has a two-seat GRP body designed by Giorgetto Giugiaro and a 24-valve version of the production M30 inline-six derived from the unit used in the 3.0CSL competition cars known as the M88. 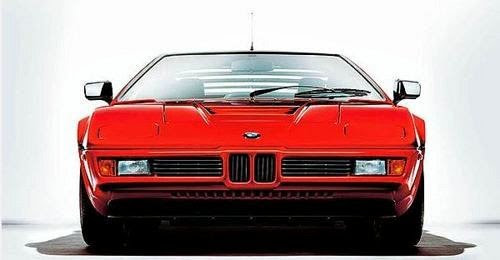 Why was the E26 M1 developed?
The E26 M1 was developed to 1) show that BMW Motorsport GmbH was a legitimate manufacturer of sports cars that could compete with Porsche and Ferrari on the street and 2) to offer a purpose-built machine that could participate competitively in the Group 4 and Group 5 racing series.

Why did the E26 M1 not compete in the Group 4 series?
Group 4 homologation requirements dictated that at least 400 examples of the street-legal version of each competition machine had to be produced within 24 months. Due to the difficulties in securing a subcontractor to produce the M1 and the subsequent delay that this caused, the M1 was not officially homologated until April 1, 1981. Because the Group 4 homologation took several years longer than anticipated, BMW created the Procar Series in which identical Group 4-spec M1 racers competed in the hands of established Formula 1 and Touring Car drivers as well as privateers. 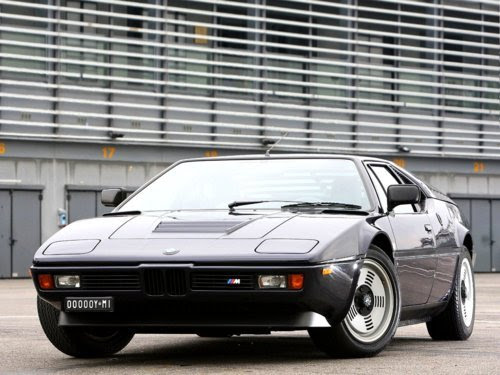 How many versions of the E26 M1 were developed?
BMW Motorsport developed just one street-legal version of the E26 M1 in left-hand drive European specification. In addition, there were competition versions of the M1 built for Group 4 and Group 5, though the former were never homologated and subsequently became used in the M1 Procar series.

How many examples of the E26 M1 were produced?
There are many conflicting production numbers regarding the E26 M1. The official BMW production figures show that 453 examples were produced in a three-year period between July 1978 and July 1981. Of these, between 54 were competition versions, while the remaining 399 examples constitute the road-going street cars. It is thought that the final street-legal M1 (non-Procar) was produced in February 1981.

Where was the E26 M1 produced?
The E26 M1 project was approved by BMW AG in 1976 under the condition that it would not interfere with the production of any other BMW model. BMW Motorsport initially contracted Lamborghini to assemble the cars with engines produced and shipped from Germany. However, severe financial troubles at Lamborghini forced BMW to terminate their agreement with the Italian supercar maker. Thus, the production examples of the E26 M1 were partially assembled at Ital Design in Turin using fiberglass bodywork supplied by T.I.R and tubular spaceframes supplied by Marchesi. Final assembly was then conducted at the Baur coachworks in Stuttgart, Germany. Each M1 was then given a final inspection at the BMW Motorsport facility in Munich before being delivered to its owner. 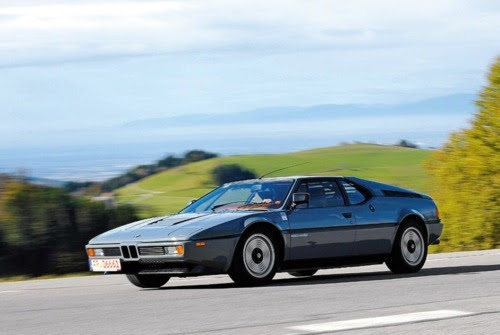 Chassis
What kind of suspension does the E26 M1 utilize?
The E26 M1 utilizes essentially the same double-wishbone suspension configuration both front and rear. Designed by Gianpaolo Dallara at Lamborghini, it is comprised of MacPherson struts, height-adjustable Bilstein shocks and double unequal-legnth control arms. There is a 23mm anti-roll bar in the front and a 19mm anti-roll bar in the rear. The E26 M1 is equipped with non-assisted rack-and-pinion steering with 3.2 turns lock-to-lock.

What size brakes does the E26 M1 have?
The E26 M1 is equipped with four-wheel vented disc brakes manufactured by ATE. The front rotors are 11.8-inches in diameter while the rear rotors measure 11.7-inches. ABS was not offered. 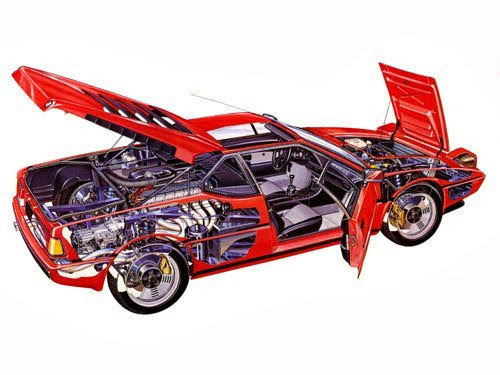 How is the exterior of the E26 M1 unique?
The Giugiaro-designed bodywork of the E26 M1 is made of GRP (fiberglass) and shares no panels with any other BMW model.

How is the interior of the E26 M1 unique?
Except for some minor switchgear carried over from the E21 3 Series and E24 6 Series, the interior of the E26 M1 is also largely unique. The seats are specific to the M1 and are manufactured by Recaro. The dashboard and seat bolsters are covered in leather, while the inner portion of the seats, door panels and headliner are covered in a textured cloth. The three-spoke, leather-wrapped steering wheel with early BMW Motorsport logo in the center was later shared with the E12 M535i.

What features were included on the E26 M1?
All M1 street cars were fitted as standard with air conditioning, power windows, power mirrors and a Becker radio/cassette audio system.

What items were optional on the E26 M1?
There were no factory options for the road version of the E26 M1. 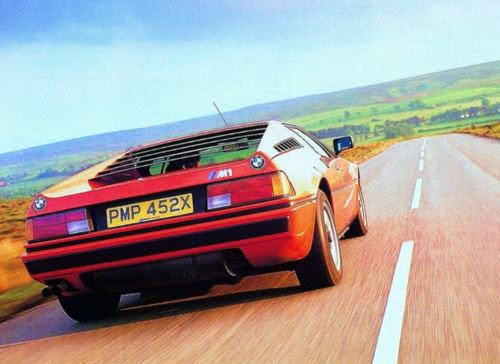