You may be aware that since February 2011 Baurspotting  has been engaged in a project to locate and identify all the TC1 Baurs in the US.  Well, that has changed.
http://www.youtube.com/watch?v=_Oiu9jW-VyE&feature=related 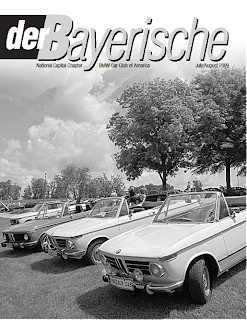 Thanks to so many Baurspotters and other helpers out there, we have experienced reasonable success:  where we were originally told that there might be 25-30 TC1s in the US, we have actually identified over 80, with rumors of 20-30 more..... and we aren't done yet.

This project has generated considerable interest in bimmerforums, and it has sparked increased interest in the whole family of BMW Baurs:  E30 TC2 Baurs, the 1600 Cabrios, the 2002 Voll Cabrios and Targas, as well.  In response to this, over the past year or so, Baurspotting has expanded the scope of the project to include the entire family Baurs!

The picture you see above is the cover of July/August 2009 Der Bayerische Magazine, published by the National Capital Chapter BMWCCA.  It was taken at the Vintage at the Vineyard, NC in 2009.  This was the only comment about the cover picture:

So I am seeking some assistance in identifying these Baurs.  Can we find them?  That is the challenge!

In addition to the above, Baurspotting is now actively seeking information on ALL BMW Baurs in the USA:  1600 Cabriolets, 2002 Voll Cabriolets and Targas, TC1 E21 Baurs. TC2 E30 Baurs, and even TC3 E36 Baurs, if any exist in the US.

We welcome any input, credit freely given, for information on ANY Baur in the US!  Let's find them ALL!   Anyone can post any info as a comment in this blog.  Or, if you prefer, please send any info to me at:

Privacy will be respected, of course.  Just send pics and enough information to ensure positive identification, to avoid confusion and duplication.

The burning question is..... as Butch Cassidy once said.... who are those guys?.... in the pic on the cover of Der Bayerische?

UPDATE:  Thanks to some input from knowledgeable guys in the 2002faq forum, we have been able to identify the 4 Baurs on the cover:

(left to right) The Baur Targa on the far left is owned by Chris I. in Philly; the red 2002 Cabrio is owned by Robbie; the yellow 1600 is owned by Dirk in FL; and Bob V. is the owner of the white 1600 Cabrio in the foreground.

Here is another pic from 02Les taken that day from a different angle, and the Baur Targa is not visible:

Thank you, 02Les.  Thanks also to Bill Williams and Sam Adams for the info above.  Great job, thanks for the help!

Here is the Baur Targa, pre-unfortunate incident earlier this year in which it got hit, pic by Bill Williams: 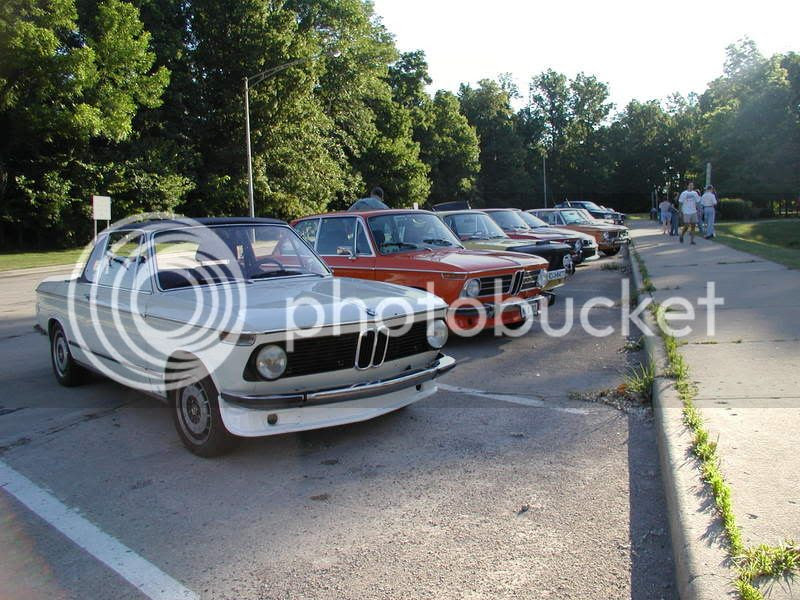 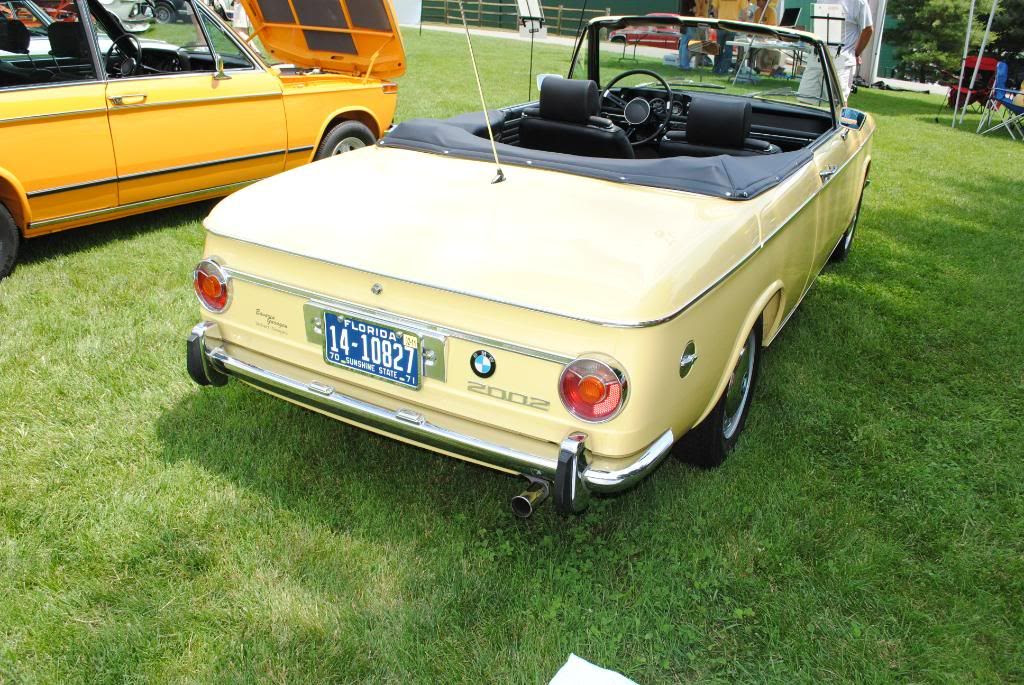 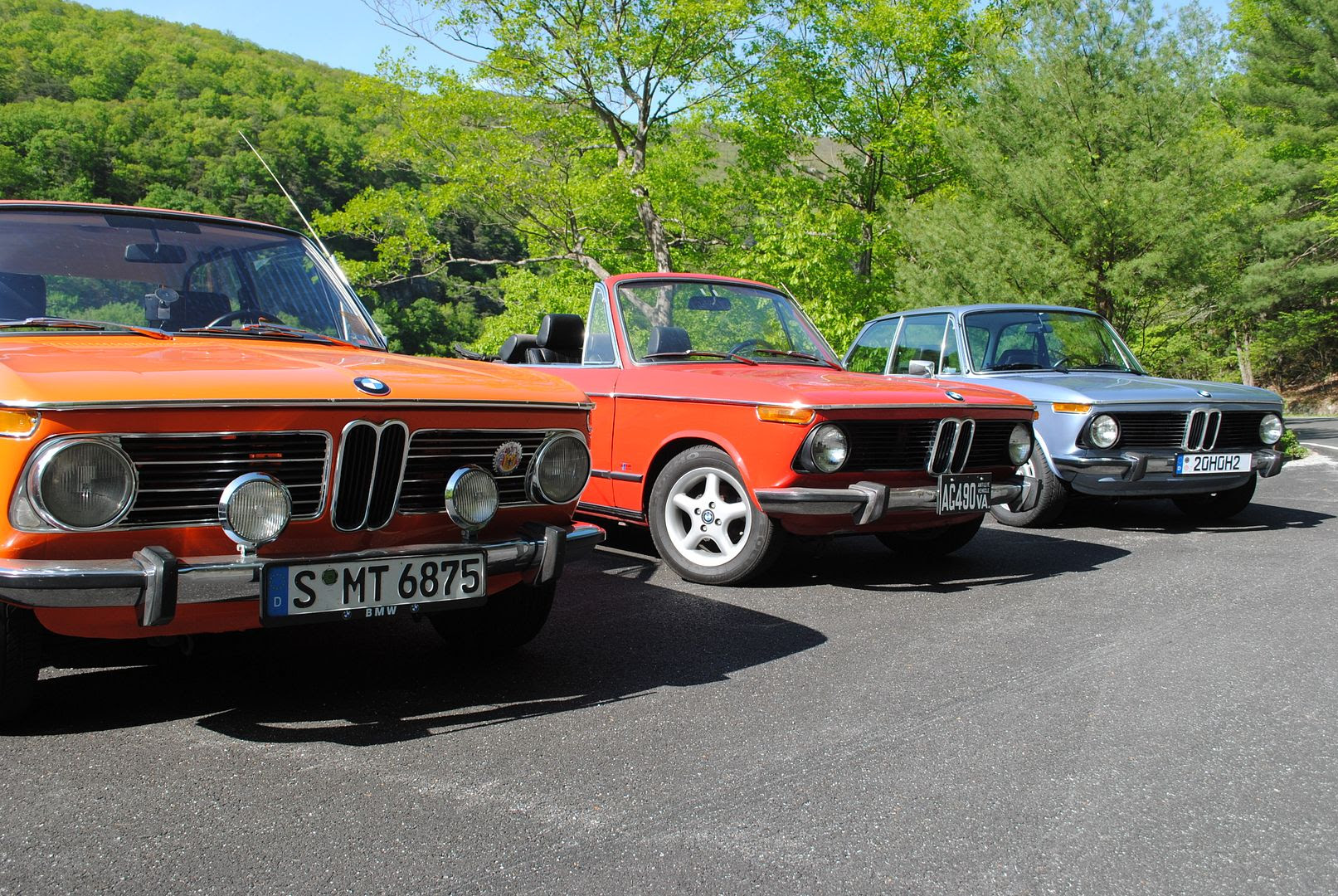 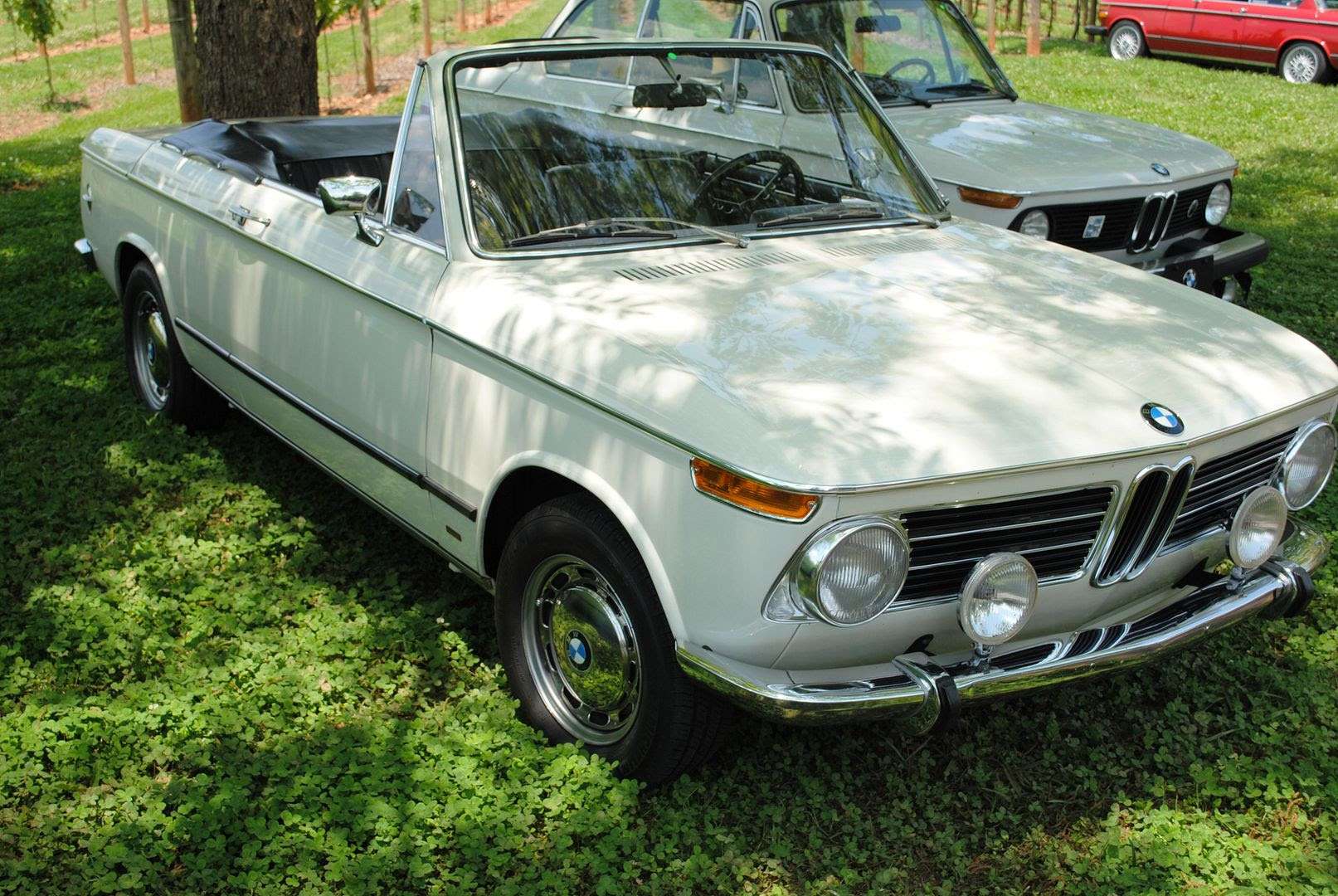 This is a link to the 2002faq thread where this was discussed, with more pics:
http://www.bmw2002faq.com/component/option,com_forum/Itemid,57/page,viewtopic/t,376128/highlight,baur/