Baurspotting likes to follow up on interesting topics like this from time to time. our interest in this vehicle goes back to last fall, when we were preparing that blog post on the restoration of the  first and last E21 Baurs, and we found that Andreas T., the restorer of those vehicles, also had a number of very interesting other vehicles.  One of those was Andreas' Glas 1300GT, pictured here with his E21 Baur # 000001: 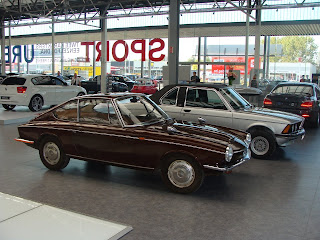 We talked about it a little bit here:
http://baurspotting.blogspot.com/2012/07/vintage-at-saratoga-bmw-1600gt-and-its.html 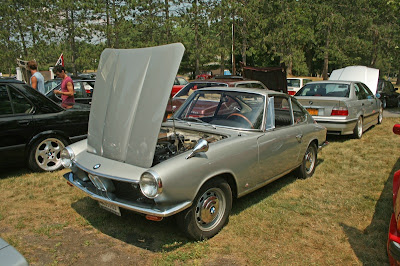 Well, Baurspotting is pleased to present to you the Mother of All 1600GT Stories, thanks to Bill Williams and Der Bayerische magazine! 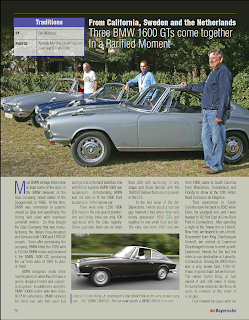 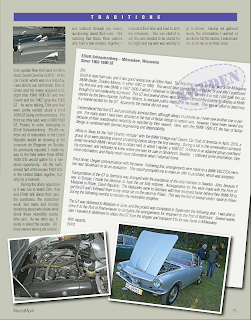 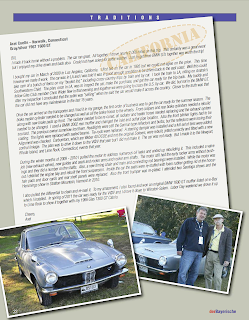 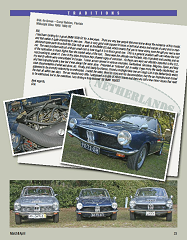 You may recognize two things (at least!) in that article:
1)  Axel's 1600GT was present at the Saratoga Vintage Show on July 14, 2012 that we posted at the beginning of this blog post tonight.

2) Our friend, Lawrence Charlemagne, gets a mention in this article.  He too was at the Saratoga Vintage show last month with his beautiful E21 Baur.   Baurspotting also paid Lawrence a visit last year after
Bimmerfest East, and I can say from personal experience that he is a most gracious host.
http://baurspotting.blogspot.com/2011/08/baurquest-iii-lawrence-charlemagnes.html

It is worth noting that there were a number of other cars at the show that day that Lawrence has restored.  How do I know this?  Several owners on the field told me this directly!  He does beautiful work.
But the article in Der Bayerische told me something new, and frankly, quite startling!   If you have read through this blog, you may be aware that I am, in addition to being a car guy and a BMW Baur buff, I am also a History buff.  My particular area of interest is in the American Civil War.  But I have a deep appreciation for all of history.  Naturally, then, I was simply stunned when I read that our own Lawrence Charlemagne is somehow related to Charlemagne.  Yeah, that's right..... THAT Charlemagne!  As in Holy Roman Emperor circa 800 AD.

I love this stuff!

So, I would love to find out more about this,without intruding on Lawrence's personal life too much, and only if he is willing to share information, obviously.

So, stay tuned, folks.  I am not promising anything here... but you never know.  I love Lawrence, and I will respect his wishes here, whatever they may be.