I found this on Barn Finds tonight, thanks to BJ Barbieri.  There is a BMW Vixen here in town about a mile from me.  Non-running at this point, but still pretty cool.  The owner also has at least two other BMW 524TDs. 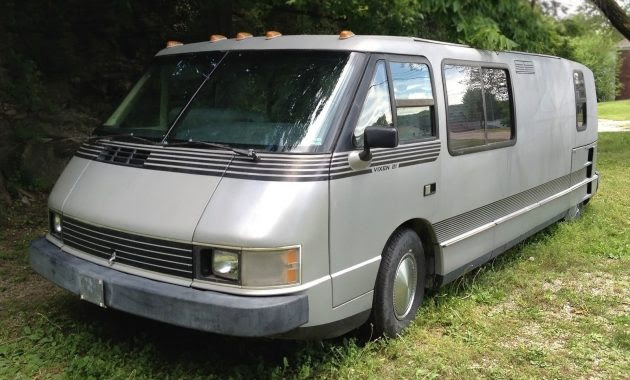 This is about as rare as it gets, camping-vehicle-wise. 376 of the BMW turbodiesel-powered Vixens were made and this one is a 1986 Vixen 21 TD. It’s located in Hannibal, Missouri and can be found on eBay for an unusual price of $27,170. I’m not quite sure where that price came from but I’m almost glad that it isn’t any cheaper than that or I’d be in big trouble with my wife; again.. I’ve wanted one of these for a couple of decades. I think this one is overpriced by probably $10,000 or so, given what nice, well-maintained models sell for and given that this one will need a sizable investment to get it back to being both roadworthy and trustworthy again. Vixen motorhomes were made in Pontiac, Michigan and a total of only around 587 of them were made between 1986 and 1989. They were all 21 feet long and they were priced between $40,000 and $53,000, which was a respectable chunk of change in those days, or even now. The mpg ranged between 22 and 30 which is fantastic for such a luxury vehicle weighing around 2.5 tons and having a top speed of 100 mph. 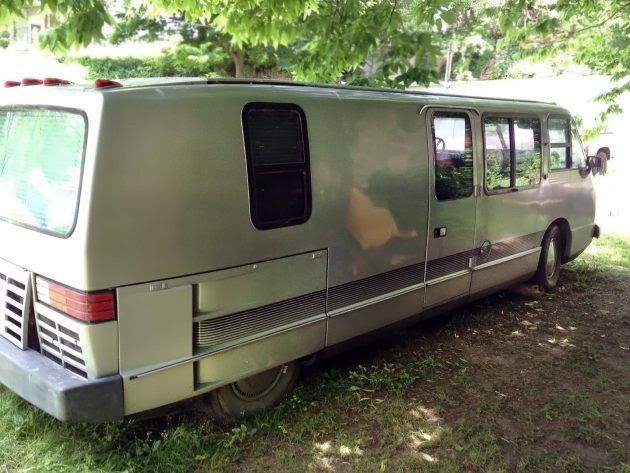 This model is a “TD” and it was powered by a BMW turbodiesel with a Renault-sourced 5-speed manual transmission. There were 376 of these TD models made. The next in line, as far as production numbers goes, was the “SE” which was powered by a V6 GM gas engine with a four-speed automatic. The last, and rarest, model was the “Limo” of which there were only 39 or 40 made. It was a fixed-top vehicle with a BMW diesel engine and a 5-speed Renault manual transmission. 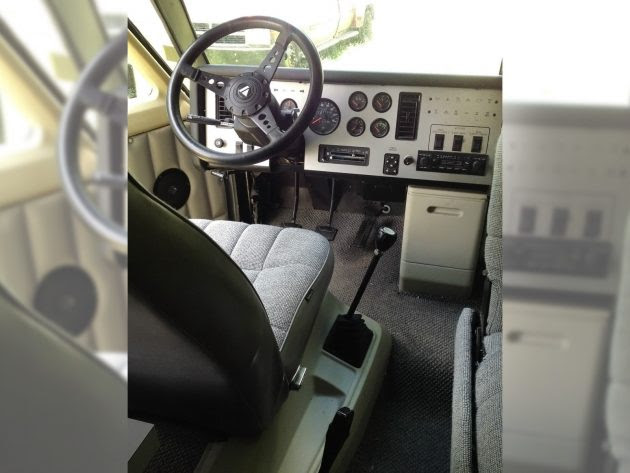 Speaking of that Renault 5-speed transmission, there it is! How cool is that, a manual transmission in a motorhome with a BMW engine. Here is a photo of the floor plan so you can see the interior configuration. This was an incredibly high-tech and well-detailed vehicle in its day. I saw one at a rest stop in the early-1990s when I had a BMW 318i and was a huge BMW fan. My eye (or, actually both eyes) caught the slick, sleek, silver shape and the BMW logo on the “hood” (or, the opening in the front, even though the BMW engine was in the rear) of that particular Vixen, and I was hooked. This particular Vixen 21TD was stored in an actual barn (no lie) for twenty years and was found by the seller, who says that he’s “a picker – not a mechanic”, and says that every system will need to be checked over from sitting for two decades. I’m dying to know what they paid for this barn find Vixen, half the asking price maybe?

This is a 115 hp BMW M21 inline-six diesel with a Garret turbo. It has a Renault 5-speed manual transmission, a Cadillac automatic level air ride system, and other GM parts, too. A true world vehicle. With a 23-gallon fuel tank and an average of 27 mpg, The Vixen has about a 600-mile cruising range. This thing is only 21 feet long and 6′-4″ tall with the roof closed and it was made to fit into a regular garage stall. The roof is hinged on the right side and it opens up to having about 6′-4″ of headroom inside once it’s open; of course only on the high side since it’s a hinged opening. This would be a dream vehicle for me for a camper. Does this unusual Vixen interest any of you or do you prefer modern motorhomes?