If you were looking for another reason to pat yourself on the back for choosing to drive that old, rare or unusual vehicle..... here it is!  Chances are pretty good that this will never happen to you!

I believe that my Lapisblau E21 Baur may be the only one of its kind in the entire.... Western Hemisphere!  (Sheesh!  Can that really be the case?  I never really thought about that before but.... I think it may be true!) 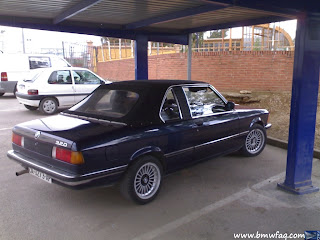 I will have to be careful though, if I ever take it across The Pond to Europe:  I hear there might be one or two of them over there!    ;)


Here is the article:

MILFORD, N.H. —An Amherst woman found herself in the middle of a strange mix-up after a quick stop at Lull Farm in Milford on Friday.


Bridget Bennett’s gray Toyota Camry disappeared while she was shopping at the farm stand. She had left her keys in the car, and Margaret O’Brien of Nashua had left her keys inside her car, an identical Camry.
O’Brien hopped into the wrong car and drove it away. She went to a doctor’s appointment and didn’t realize she had the wrong car until she went looking for her sunglasses.
“The trouble is there are an awful lot of Camrys the same color, so we both made the mistake of leaving our keys in the car, which led to the problem,” Bennett said.
Bennett’s car was missing for two hours, prompting Milford police to issue an alert.
Police were able to arrange an exchange and send both women home in their own cars.
Police called it an honest mistake.