Three Baurs Together in Connecticut!

Yes, folks, we did it today!

There are three registered E21 Baurs that we know of in the entire State of Connecticut.  Today we were able to gather all three together at the 40th Annual Humpa Picnic of the BMWCCA Connecticut Valley chapter!  I think that I read somewhere that this is the oldest continuously held BMWCCA Chapter event in the country!  I can't find that reference at the moment, but, if true, congrats to the CVC for keeping the tradition alive!  The event, with about 80 in attendance was an outstanding success!  Lots of food, lots of cars, and loads of fun! 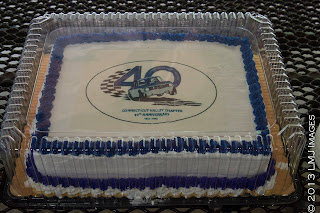 Personally, I was very pleased to have the opportunity to join with my friends and fellow Baur owners, Afonso C. and Rob and Abby T. at a meet up before the event, which then allowed us to arrive together at the J.B. Williams Park in Glastonbury, CT for the picnic.

As far as I know, we have never before had three E21 registered Baurs together in CT in one place!  (We had 5 Baurs together at Sports Car Restoration last week, but, unfortunately, 3 of those were inoperable.)  So we have set a new CT record, and I want to extend my thanks to Afonso, and to Rob and Abby, for making this possible.  Nice going, folks!

Now here are some pics from the event!

First... the meetup.  We arranged to meet before the event at the exit off of Rte 2 for the park in Glastonbury.  And here we are at about 11am this morning: 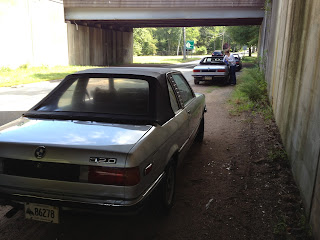 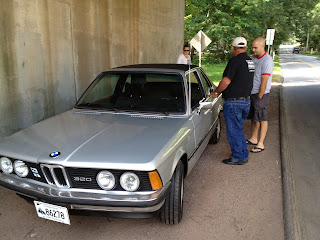 Abby, Afonso and Rob looking over Baur #00048 under the Rte 2 overpass.  Hidden behind the Baur, possibly sniffing the exhaust pipe, is Newton, Rob and Abby's Brittany Spaniel.  Abby has him on a leash.  Incidentally, before you ask, Newton's first name is "Sir Isaac" --- Not "Fig".   ;)  Very cute and well-behaved little guy. 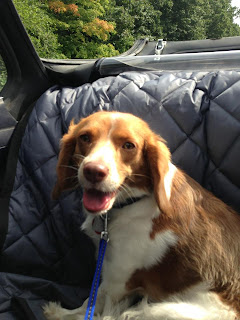 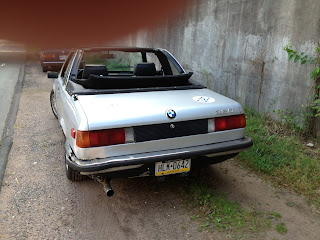 Rob and Abby's newly purchased 1979 320/6 Baur #00917.  This is one of the most well-documented US Baurs that we know of.  Baurspotting has the history of this Baur dating back to 2001 through six owners!  We wish Rob and Abby well, and heartily applaud their efforts to rescue and revive this car!  Kudos!

(For more history of this car, search Baur #917 in the sidebar of this blog.) 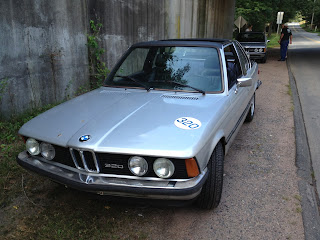 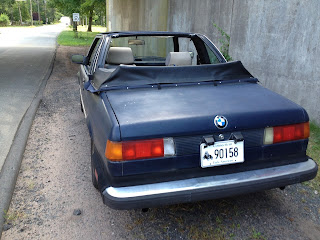 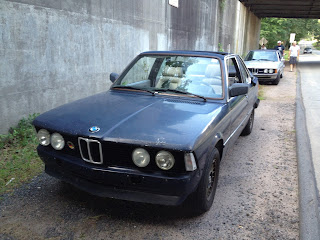 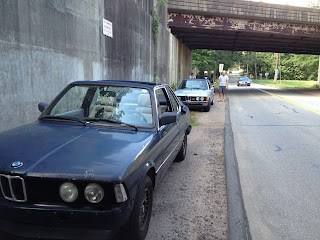 Getting ready to head to the picnic. 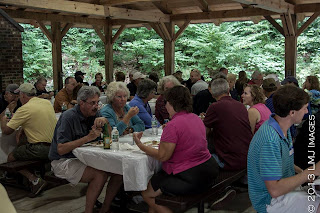 Baur owners at the picnic.... in the far background you can just see Afonso's white cap, my black BMW hat, next to him, and Rob T. across the table from us.  If you have a good eye, you can also see Abby next to Rob.  Pic by Lance Johnson, CVC Chapter President. 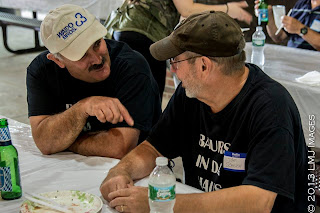 Afonso makes a point with Tom during lunch.  Another pic by Lance. 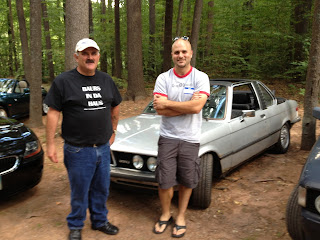 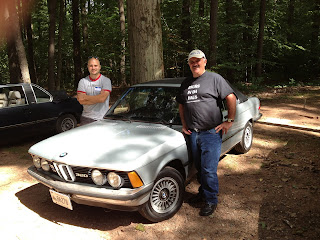 Rob and Afonso in front of Baur 48. 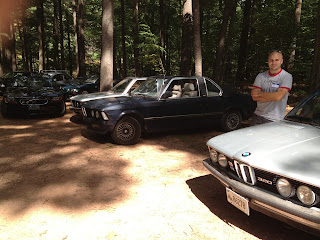 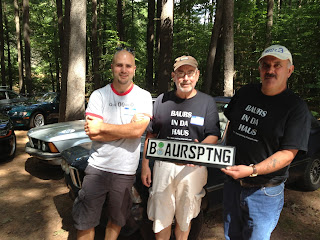 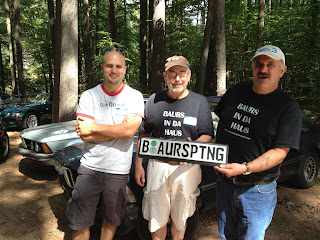 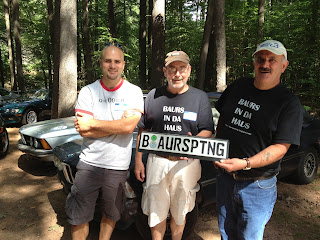 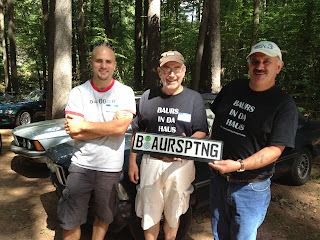 A passing gentleman offered to take our group pic.... I didnt know that he took 4!  ;) 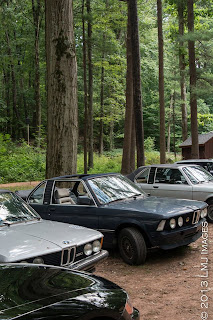 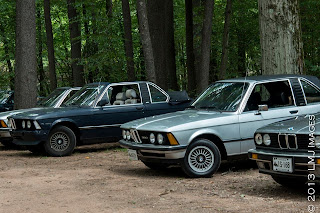 Here is a pic of Lance's 320HP M Roadster!  White with red roof at right of pic. 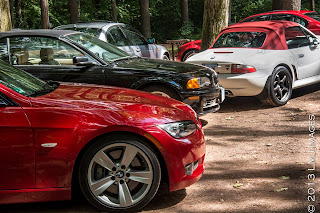 Incidentally, for the history buffs in the audience, the J.B. Williams Park in Glastonbury, site of this 40th Humpa Picnic, was named for the guy that invented this:

BTW, in case Newton expresses an interest in .... well .... DRIVING the Baur.... it has been done before!
http://baurspotting.blogspot.com/2012/12/baur-wow-wow-driving-school-for-dogs.html