Great article posted by our friend John E. in Classic and Vintage BMW in Facebook!  Thanks, John! 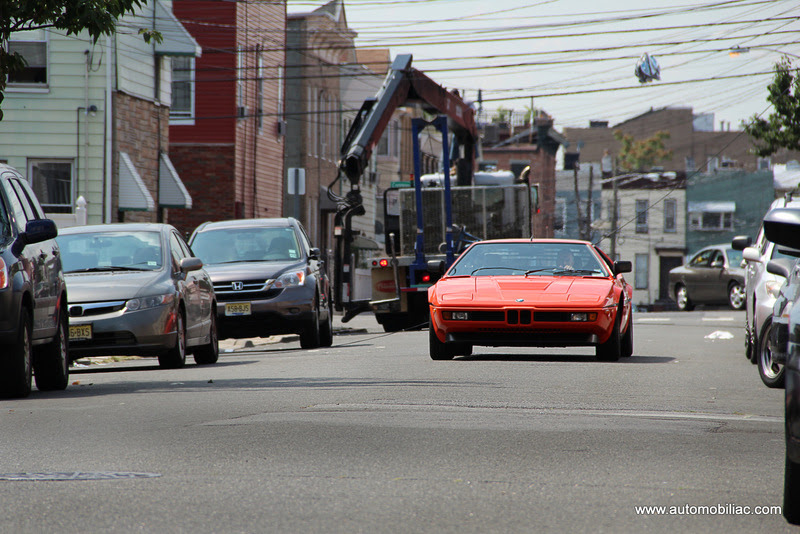 When you see an M1 gliding down the street towards you, you may have to rub your eyes, because it isn't a flying saucer.  But the sight is certainly otherwordly. Giugiaro's clean lines are a familiar sight, and the resemblance to the Lotus Esprit S1 and the Delorean are not coincidental.  But somehow the BMW looks more racey than the other Giugiaro wedges, and has some really stunning proportions that blow the other two cars away.  Performance-wise, there is obviously no competition. The M1 wins, hands down. 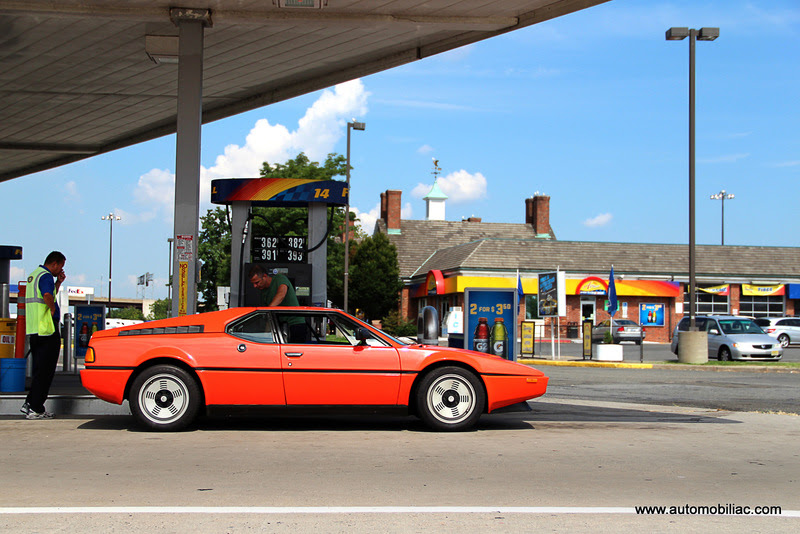 Particularly when seen from the side view, the M1 just looks right. Many wedge cars look too long in front and too short in back, but the overhangs are just the right balance with the M1.  The minimalist campagnolo rims really set the car off in period-perfect fashion. 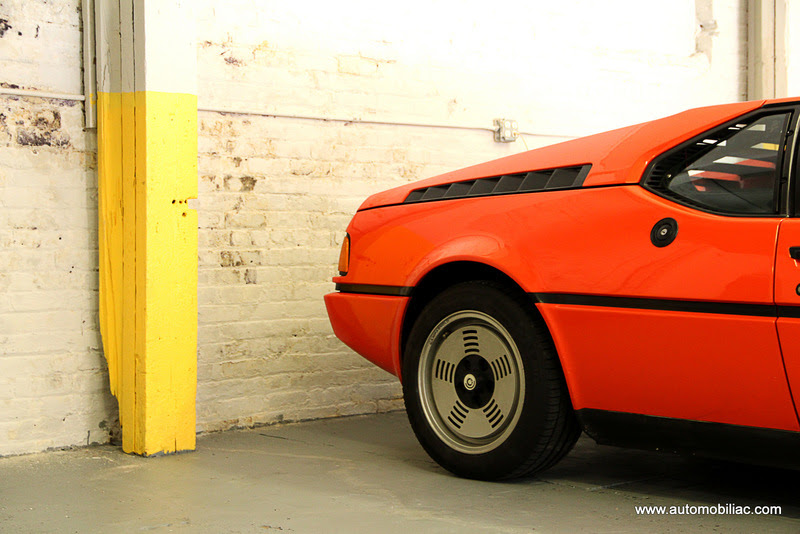 Phil was very eager to take the M1 out and stretch its legs. He confided that of his 4 lovely machines, the M1 is probably his favorite.  He praised its comfort and usability, but also its power and outright speed. Similar in temperament to the much later Acura NSX, the M1 is a docile pet when driven round town, that transforms into a feral beast when uncorked on the open road. 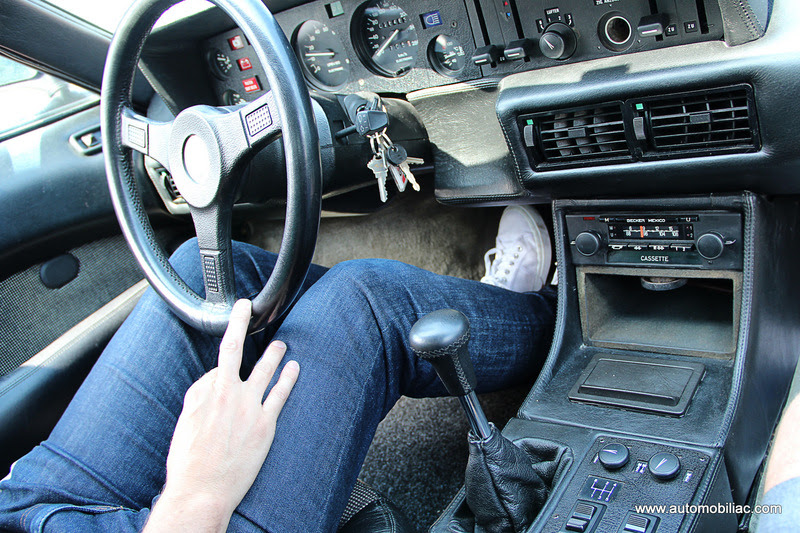 Unlike my rides in the Stratos and the A110, which were on local roads, my experience in the M1 was enriched by Phil's decision to take it on a quick sprint up the NJ turnpike for some fuel.  As we rocketed off the onramp, we could see slack-jawed New Jersey motorists craning their necks in their cars as our teutonic space craft flew effortlessly past.  When on the cam, the race-bred straight 6 engine produces a fierce, howling exhaust note that you just want to hear more of.  Phil obliged by dropping the hammer at every opportunity. Every downshift is announced with a deep, single backfire that sounds like a howitzer firing from a distant hilltop. 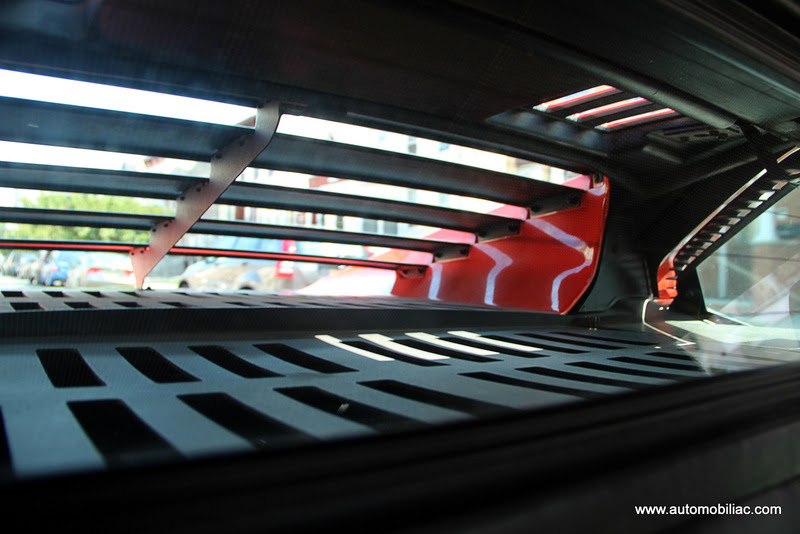 When we brought the car back to the garage, some neighbors were out, and asked what kind of car it was. I think most people would be surprised, as they were, to learn that it is a BMW, and not a Lamborghini or Ferrari.  Obviously the car wears Italian clothing, and other than the wedge-nosed 8 series and europe-only Z1, it is certainly an aesthetic outlier within the BMW family.  Yet it is arguably the most iconic, desirable BMW since the original 328 or the 507. Though the 2002 and the 3.5 CSL may have defined the 70s for BMW, the M1 is in its own league of supercars that no BMW since has really come close to.  It's in the pantheon of true mid-engined exotics, and had its own PROCAR single-make race series to boot!  And although I commend BMW for focusing on the core competency in sport sedans, one only wishes to see them produce a car this special once again.  The recent i8 concept certainly alludes strongly to the M1, but production reality is still far behind the dream. 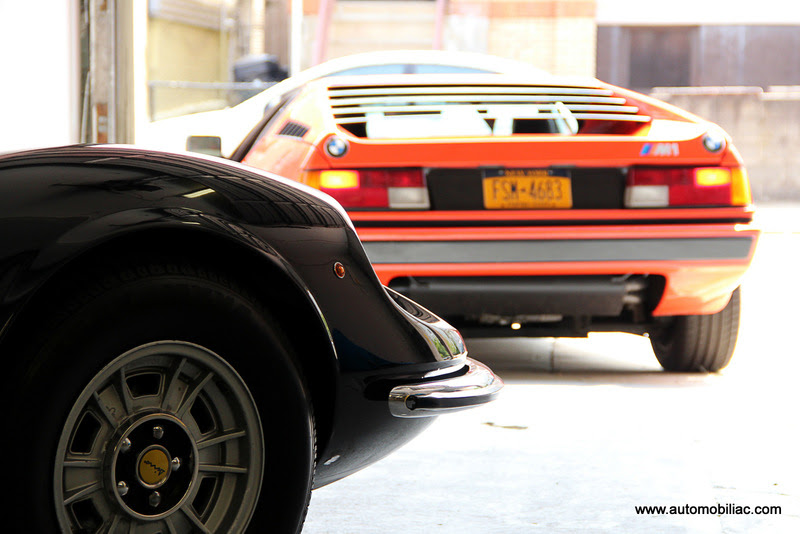 And here is another companion article that you may enjoy:
Driving an M1!
http://baurspotting.blogspot.com/2012/08/driving-bmw-m1.html
Posted by tom82baur at 10:14 PM