But does he know he was touting a Baur?  Unless he reads Baurspotting.... maybe not!

Satch Carlson, Editor of Roundel Magazine, has, wittingly or unwittingly, given Baur some prominent media attention in his article in this week's online Roundel Weekly.   And he does it in a very stealth manner:  he never once mentions the word:  Baur.  That sly devil!  ;)

Satch attended the SoCal Vintage last weekend with Carl Nelson, of La Jolla Independent.  And he attended it in style:  he got to drive Nelson's Z1 to the show!  In the article below he mentions that a lot of folks at the show didn't realize that the Z1 was a BMW.

Well, we are gonna 'one-up' that!  Even FEWER folks, including perhaps Satch himself, realize that the BMW Z1 is also ..... you guessed it.... a Baur!

From 1988-91, Baur was involved in the production and final assembly of the space frame of the BMW Z1.
http://en.wikipedia.org/wiki/Karosserie_Baur

In addition to the above Satch's article mentions the BMW 1600 Cabrio, also owned by Nelson, that may be arguably the most famous 1600 Cabrio in the world, thanks to its prominent presence in Katy Perry's "Teenage Dream" music video.

Guess who built that?

Regular readers of this blog already know the answer to that question because we have featured Carl Nelson and the Katy Perry video here before:

The 1600 Cabrio was built by Baur!  The 1600 and 2002 Voll Cabrios, as well as the 2002 Cabrio Targas, were built by Baur.   (There are a small number of exceptions to that, such as the Lumma Cabrios, but their numbers are extremely limited.)
http://baurspotting.blogspot.com/2012/06/carl-nelson-and-his-1600-cabriolet-aug.html
And yes, you can see the Katy Perry video on that post, fellas.  ;)

Here is Satch's Roundel Weekly article, as it appeared today in my email.  I loved the article, and not just because of my obvious bias for the Baurs.  And thank you to Satch for giving our little niche interest group some rather prominent play, however inadvertently!

SoCal Vintage BMW Meet: Still Crazy After All These Years 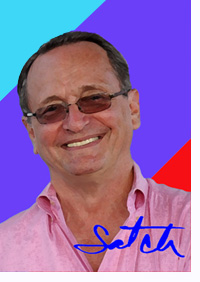 If the BMW 507 showed up, I didn’t see it.
But these days, the SoCal Vintage BMW Meet attracts so many cars of such a wide variety that I could easily have missed even such an icon as the famous Abrecht Graf Goertz design that many people still consider the most beautiful BMW ever built—and there was indeed one such registered. In fact, there were more than 200 confirmed entrants for the concours-cum-swap-meet-cum-festival of all things BMW.
Or at least all things BMW of certain models, mostly built between the mid-’50s (the invisible 507, an Isetta bubble car) and the early ’90s. They let in E30 3 Series and E34 Fünfers, and a host of E24 Sixers, to keep the hordes of 2002s company.
The E9 coupe crowd appeared in abundance, as usual, although Chris Macha, whose Malaga CS coupe has won just about every concours award imaginable, elected instead to bring a 1969 BMW 2000.
SoCal Vintage BMW Meet is the place to go if you seek the company of like-minded lunatics. It doesn’t matter whether you think it would be a terrific idea to stuff an M3 engine into a 2002—your choice of M3—or find a way to graft a few Weber carburetors onto an M70 V12 engine, somebody at the SoCal Vintage BMW Meet will be on your wavelength.
Webers are my particular madness, so I spent some time at the Ireland Engineering booth, where a young fellow named Andrew excitedly agreed with me on just about every point. Jeff Ireland was there, too, of course, with a tubed BMW 700 race-car project. Alas, I dare not mention the engine that they’ve stuffed into this poor thing (cough cough Volkswagen cough).
But I was not merely hangin’ at the SoCal Vintage BMW Meet to be inspired by other antisocial anarchists. (Like Bill Arnold and his Targa Newfoundland-winning Bavaria: awesome.) No, I was actually aiding and abetting Carl Nelson and the La Jolla Independent crew. See, they had to get a few cars up to LA to display at this affair, and I still have my license, so LJI logistics mastermind Ben Amen tossed me the keys to the Z1, knowing I am a roadster kind of guy, and off we went before daylight, a convoy of, shall we say,interesting BMWs: a perfect 3.0CS, the Z1, a stealth Agave CS coupe—Nelson has a tendency to uprate the E9s in various ways, believing in the old American hot-rodder mantra, There Is No Substitute For Cubic Inches—oh, did I mention the 3.0CSL Batmobile? Yes, a real one.
The Katy Perry car was there, too, the white 1600 Baur convertible used in the “Teenage Dream” video (watch the commercial pop-porn here), complete with carefully preserved teen-lust butt scratches on the hood. But much as I like that historic cabriolet, I am, as I say, a roadster guy.
I had forgotten just how much I like the Z1.
The coolest part may be just standing around at the SoCal Vintage BMW Meet explaining to people that, yes, it’s a BMW. I realize that many people have never seen a Z1 in the flesh, but I am always a bit surprised that there are avid BMW fans who have never even heard of the car. I won’t go into my pedantic lecture here, but I must say that the most crowd-pleasing element of the Z1 is pushing the button and watching the doors go up and down.
You can drive with the doors down, too, which I did on the way home through a perfect hot California October day, and it was on that journey that I had a sudden epiphany. I was trying to figure out why the Z1 felt so natural and so right, and then I reached for the cigar that I wasn’t smoking, and I realized that the darn thing had somehow transported me back in time to my earliest college days, when I drove to class with a stogie clamped between my teeth—at that age, you’re allowed some slack for stupidity—at the wheel of a 1943 military Jeep. Yes! That’s what driving a Z1 feels like!
So for the last few miles, I drove with the doors up, making the Z1 more like a conventional roadster. I was afraid I might get carried away and go looking for a place where I could buy me some Toscanelli cheroots.—Satch Carlson

Chris Macha usually stuns the crowd with his Malaga coupe. This time he brought a 1969 2000 sedan. (Fred Larimer)
(Note the BMW 2002 Cabrio Targa by Baur  at left of pic.  I believe that is the RHD example that we have seen there a couple of times before.------ Baurspotting Ed.)

The Z1 remains one of the most intriguing of BMW designs. (Fred Larimer)

Southern California in October: How’s the weather where you live? (Fred Larimer)

H: Want your kids to swear off smoking? Have ’em light up a Toscanelli.