Today is the Bavarian Auto Sport Show and Shine in Portsmouth, NH.   We could not make it up there for this year's show, but we just received a phone pic ---- before the show even opens--- of a 2002 Baur parked in line waiting to enter!

Thanks to the 'keen' eye of Jeff Keener for this pic from early this morning!  Thank you, Jeff!  That would be the hood of Jeff's beige 2002 at the bottom of the pic. 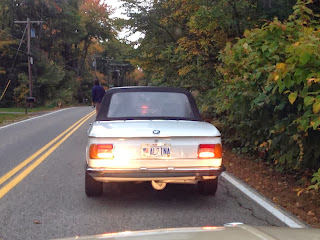 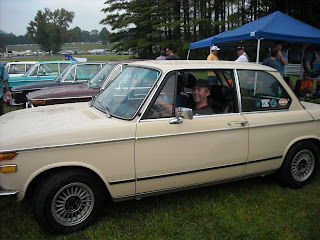 Now here is the question of the day:  THE POOOLEMAN spotted a similar 2002 Targa 5 or 6 years ago at this very same show.  We have been searching for it ever since.   Can this be that same elusive Baur Targa?  Different license plates, but both are from NH.   Here are a couple of pics that Ed took back then: 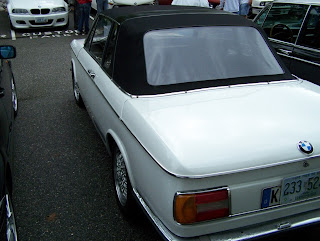 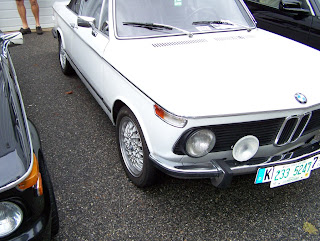 Stay tuned while we wait to learn more!

9:15am UPDATE:  BINGO!  We have a winner, folks!  Jeff has just sent another pic of the Baur Targa at Bav Auto this morning: 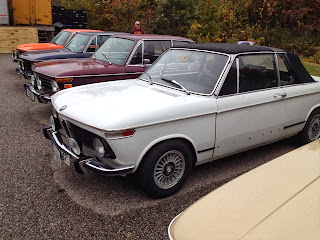 this pic was just taken this morning. 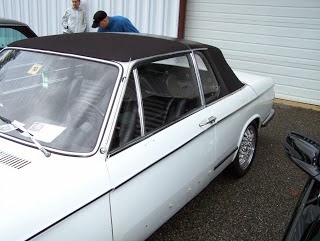 Here are two pics taken by THEPOOLEMAN back around 2007 at Bav Auto!  Can there be any doubt?  Same missing trim, same sticker in windshield! 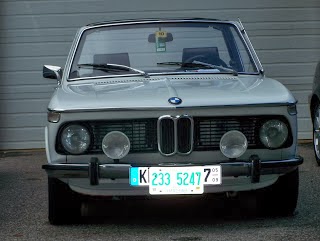 Baurspotter of the Week Award:  Jeff "Keen Eye' Keener!  Thank you, Jeff!  You made our day here at Baurspotting!