I love The Onion!  Thanks, Harry, for posting this!

This supports my theory that there are adolescents among us of ALL ages!  And I am one! 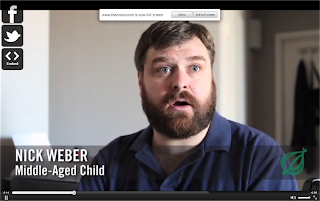 EASTON, MD—Informing reporters that it was one of the coolest things he had ever seen, 38-year-old little boy Nick Weber posted a photograph of a fast car he liked to his Facebook account Saturday.
After spending much of the morning in his room looking at pictures of fast cars—reportedly a common and favorite activity of his—the small child and father of two is said to have come across an image of a bright yellow Lamborghini Reventón convertible, prompting him to mutter the word “whoa” aloud. According to sources, the nearly four-decade-old youth then stared at the automobile with mouth agape for several moments before determining he “had to show all [his] friends.”
“Look at this!” the little boy and sales director for an employee recruitment company wrote on Facebook. “This car is so cool!”
Within minutes of posting the picture of the sleek high-end automobile, several other almost middle-aged children responded with awe-struck comments of “Wow,” “No way,” and “I want one of those.” Additionally, a number of Weber’s acquaintances, including his 41-year-old colleague Jon McGraw, 38-year-old former college roommate Alec Coburn, and 10-year-old nephew Max, all replied with the word “awesome.”
After sharing the photograph, sources confirmed the 38-year-old boy saved the image to his computer and returned to the picture of the fast car numerous times throughout the day to look at it some more.
“I like this car a lot,” said the young child born in 1974, enthusiastically waving reporters over to get a closer look at the image of the automobile maneuvering a tight turn. “This one right here! Isn’t it cool?”
“Look at the wheels!” he continued. “Sweet!”
Reports confirmed the visibly excited 200-pound little guy showed everyone in his household the photograph of the fast car, informing family members that the pictured automobile was “the best.” In addition to repeatedly vocalizing his wish to possess such a vehicle, Weber is said to have spent much of the remainder of the day speculating about the speed the automobile could reach, asserting that it was “probably the fastest car ever” and stating that, if he had one, he would drive it “100 miles an hour.”
“I bet that thing goes so fast,” the balding juvenile told reporters, holding his right hand palm-downward at eye level and rapidly moving it through the air while making engine and tire-screeching noises with his mouth. “Vroom, vroom.”
“Vrooooooom!” Weber added.
Sources close to Weber said that, in addition to his passion for fast cars, the 1992 high school graduate and little kid has a variety of other interests, all of which he is reportedly eager to share with others. Recently posted pictures on his Facebook profile indicated that the aging youngster enjoys superheroes, fast motorcycles, big trucks, and spaceships as well.
However, of all his interests, the excitable 38-year-old little tyke admitted that sports cars are his favorite, stating that he likes “the ones that go fastest” the most.
“I swear, Nick could spend all day looking at pictures of those cars,” said 36-year-old Kelly Weber, the small child’s wife of 11 years, noting that her husband becomes particularly wound up whenever he sees a high-priced sports car in person on the street. “He has some books about them that he likes to look through, and he put up a few posters of cars in the basement. And when his friends come over, they just love watching movies with fast cars and playing car-racing video games all night.”
“I don’t really care one way or the other about the things, but he adores those cars so much I just humor him and let him talk on and on about them,” she continued. “It’s nice that he has something he’s interested in, and plus it’s kind of cute how excited he gets.”
At press time, Weber was eating a bowl of macaroni and cheese and staring at the fast car.