UPDATE TO THE UPDATE 10/15/2012:  More Baurs found at SoCal Vintage!  We now can identify 6 Baurs!  Scroll down to see new pics below from Garagista!

Huge thank you to Koko M. for accepting Baurspotting's request to send us some pictures from from this weekend's SoCal Vintage in Van Nuys , CA!  Koko owns a beautiful Baur that we have featured here previously:
http://baurspotting.blogspot.com/2012/07/the-great-baur-awakening-begins-our.html

Check those out!  There are a couple of others, just search 'Koko' in the search window.

So, while there were 4 Baurs physically present, we also know that there were two other Baur owners at the show: Koko, of course, and our friend Amir K from Las Vegas.  Amir is still working on getting his "Alpina homage' Baur on the road.  Amir sent us the pics in the link above from last year's SoCal Vintage "Three Baurs".
http://baurspotting.blogspot.com/2011/10/amir-ks-1979-alpina-baur.html

Without further ado, here are the pics from Koko.  Thank you again, Koko!

The 'new to Baurspotting' 2002 Baur Targa.  Anyone have any info on this Baur?

E21 323i Baur, also new to Baurspotting.
Update from Koko:  this Baur was NOT actually at the SoCal Vintage Show, but he spotted it in traffic on the way home.  Perhaps they missed a turn.

;)
Koko did talk to them however:  "the other E21 323i silver baur was spotted on Pacific coast highway when me rudy robb and mike were heading down the coast back home lol. we got a chance to talk to them and told the man and his wife to come to the next shows. apparently they have had the car for a long time like myself. maybe first owners!! if im correct lol"

Way to go, Koko!  What an amazing coincidence to just spot that Baur along the way!  Kismet!

Pic of the E21 Legion group

Batmobile.  Could this be Ron Perry's?  Stay tuned to find out. 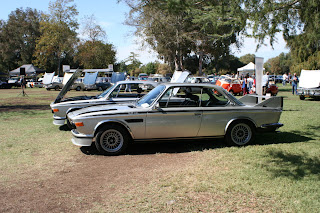 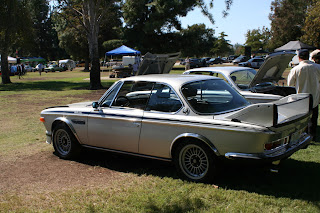 Here is another pic from SoCal Vintage posted by Sevan in Facebook this morning: 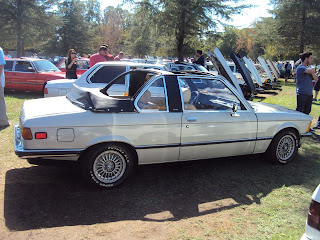 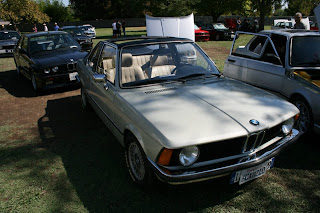 Another pic of Sevan G.'s Baur, from amarino in E21 bimmerforums.
Thanks, Alejandro! 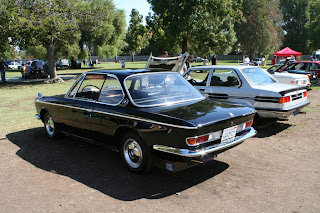 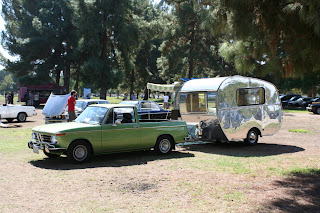 There it is again off to the left.  Anyone have any more pics of this Baur? 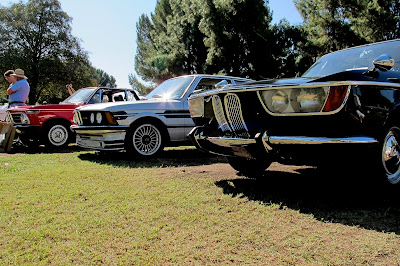 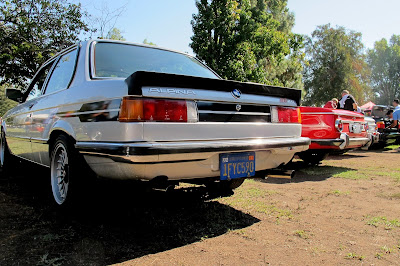 I am told that these are cars belonging to Carl Nelson of La Jolla Independent.  that does look like his famous white 1600 Cabrio on the far right in this pic (barely visible here).  I am told that this is his Alpina also... and someone said he brought a Baur!  Therefore, I am gonna take a wild guess and say that the red Baur Targa in between the Alpina and the Baur Cabrio is also his! 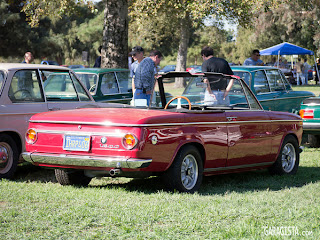 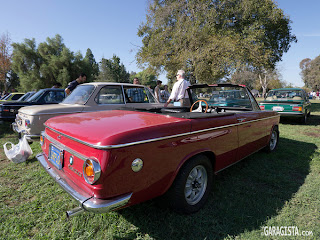 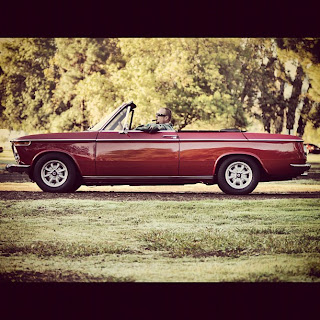 This could be another pic of the same red cabrio above.  It may be owned by 'David " from Manhattan Beach., but we can't say for sure yet.  You will know when we know!  (Update:  We are told that the red cabrio is owned by Peter S, and that is his son Erick S. with the cigar.)

So that now makes a total of six Baurs---count 'em 6!--- that were seen in connection with the SoCal Vintage!  Five were actually on the field and Baurspotting will exercise its Journalistic License to include the E21 Baur seen and photographed by Koko on the nearby Pacific Coast Highway right after the show.  Close enough! 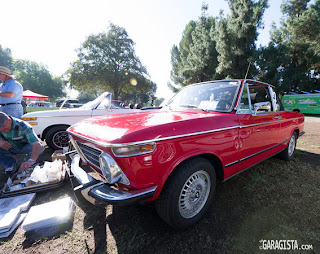 And here is a pic that helps to solve the mystery of the red Baur Targa.  As you can see it is definitely parked next to the white 1600 Baur Voll Cabrio that we believe belongs to Carl Nelson of La Jolla Independent.


I am told that, although there is no official 2002 Baur Cabrio/Targa Register, that Carl Nelson is the recognized "Keeper of the Targa Register", so this all makes sense!  He sounds like the perfect guy for me to contact as we try to track down all the Baur Targa/Cabrios in the US! 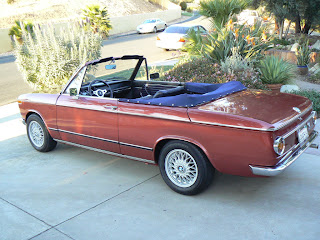 1969 Voll Cabriolet with a Ti engine. Owned by Carl of SoCal.  another beauty!

And the hits keep coming!!