We did it!  We have been wondering if we could get THREE TC1 Baurs together in one venue.  I can now report to you that we have reached, and actually EXCEEDED that goal!

Well, ok, technically, WE didnt do it.  RYNE did it!  He is now the proud owner of FOUR Baurs!  Wow. Congratulations, Ryne!

Ryne, of course, is 1rdmanahan1 from Texas in bimmerforums, where he is making quite a splash with his black Baur. You may recall this thread:
http://forums.bimmerforums.com/forum/showthread.php?t=1750815&highlight=Baur
If you haven't seen that thread..... GO NOW!  Do not pass go, do not collect $200!  Check it out!
OK, so here is his first Baur, He has no Baur number plate on this car, and we are working on trying to track down some information on it. We used a Vin Decoder to find the following:

Woo Hoo!  Big thank you to Uwe at the Baur Registry!

Ryne himself gave me a little background a while back in an email... and I have excerpted it here:
"I’ve been an e21 BAUR fan since 1983 when my friend’s father imported him a 1982 323i BAUR (black) for his first car.  He later sold it to a mutual friend of ours and I purchased it in 1992.  I recently modified the car with a 1998 M Z3 S50B32 motor, six-speed SMG transmission (converted to manual) and differential, VAC Motorsports / JRZ Suspension (front and rear), aluminum fuel cell, 2010 M6 rear bumper cover (modified to fit), 3-piece Gotti wheels (staggered 7.5”x15” and 10”x15”) 1998 M6 front and rear Recaro seats and a few other modifications." 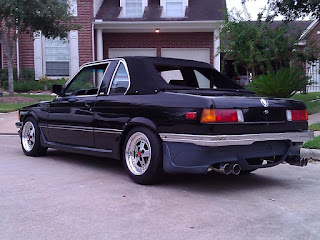 What? You are still here??? Check out that thread!!! It is amazing!  Then come back here for the rest of the story!

Also check out this new blog covering this project:
http://1979bmwe21baur.blogspot.com/view/classic

Here is his SECOND Baur, #A000496-01, a project that he purchased out of Georgia, and is working on (with plans similar to the above, btw): 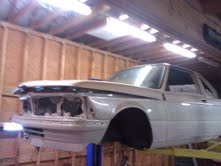 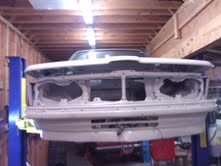 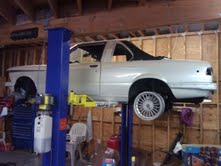 It also has an Alpina badge number 3-054.  Not sure what to make of this.  This has been discussed numerous times in bimmerforums.  The issue of an authentic "Alpina Baur' continues to generate some controversy.  The consensus seems to be that Alpina in Buchloe never did an E21 Baur.  However, there were several Alpina dealers, notably "Garage du Bac' in France, among others, that may have added Alpina features to a number of Baurs.  Directly obtaining records from Alpina can be .... problematic.  Stay tuned on this.

Here are a couple of pics from the International Baur Registry of this same car, #496: 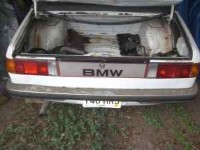 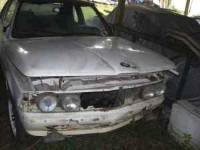 Here is his THIRD Baur #4486, which he recently purchased from Florida: 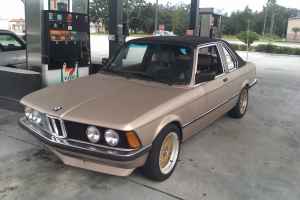 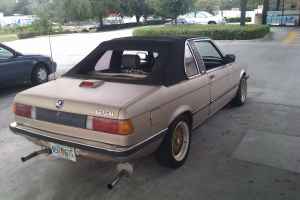 More on this Baur:
http://baurspotting.blogspot.com/2011/12/new-baur-found-and-identified.html

I received this email message from Ryne tonight:
"I just received the green Baur from Palm Desert, CA.  Baur number: A00601-01." 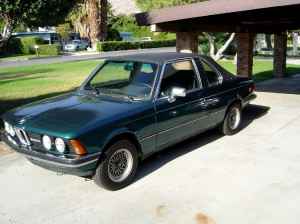 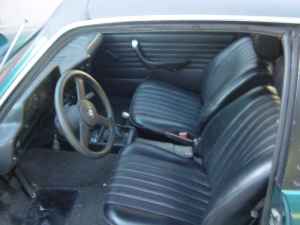 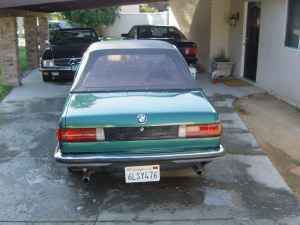 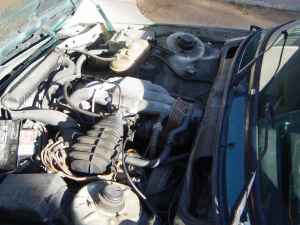 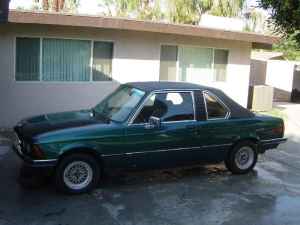