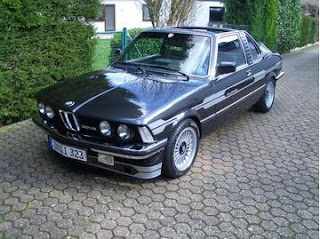 The pics above are all purportedly 'Alpina' Baurs. They certainly appear to be 'Alpinas', but are they? This has often been discussed, but I have yet to see it conclusively proven that there is, in fact, a true 'Alpina' Baur. A gentleman at Bimmerfest East 2011 told me that he used to own one, and regretted selling it.... But was it a true Alpina Baur? Who knows? 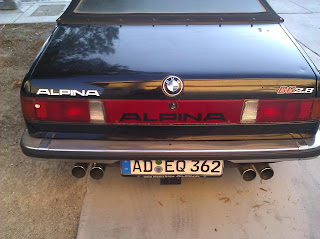 This is the 'Alpina Baur' currently being discussed in bimmerforums and on Facebook. It appears to have a 320/6 carbureted engine, not the Alpina B6 2.8. Isit a true Alpina, or just modified to appear to look like one? We shall see. 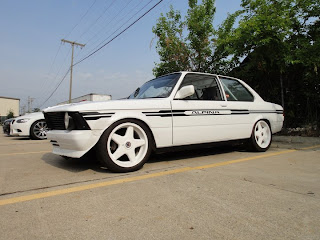 Ok, Ok.  I know this last one isn't a Baur.  It really isn't even a real Alpina.
This is Charbel's awesome build though, and he added the Alpina decals.  he brought this car to bimmerfest East in August 2011 all the way from Michigan.  He installed the motor from a 745 turbo, I believe, along with  a roll cage.  Just an amazing car!

The point being, however, that it is not hard to make a car appear to be an Alpina, when in fact it is not.
Update:
There is another in the video in this thread at 1:38. Red.
http://forums.bimmerforums.com/forum/showthread.php?t=1654469&highlight=Alpina
Posted by tom82baur at 4:38 PM