Thanks to our friend Bob Kauffman for spotting this little beauty:  1973 Cabrio Targa by Baur! It is to be auctioned at Coys, details below. 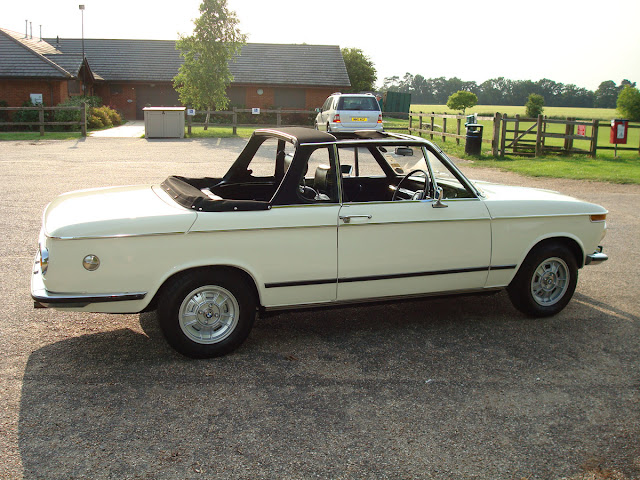 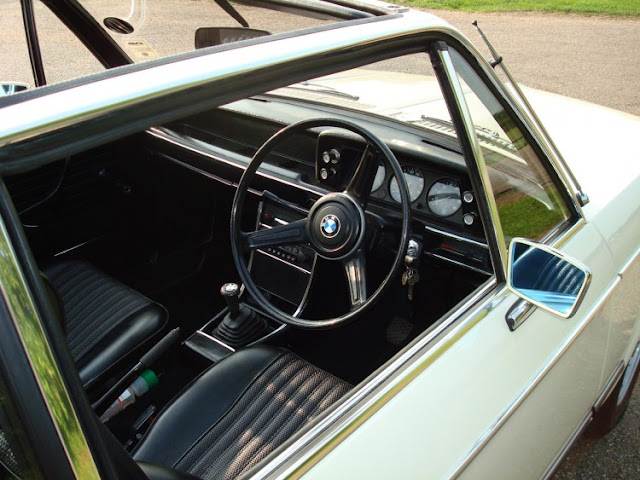 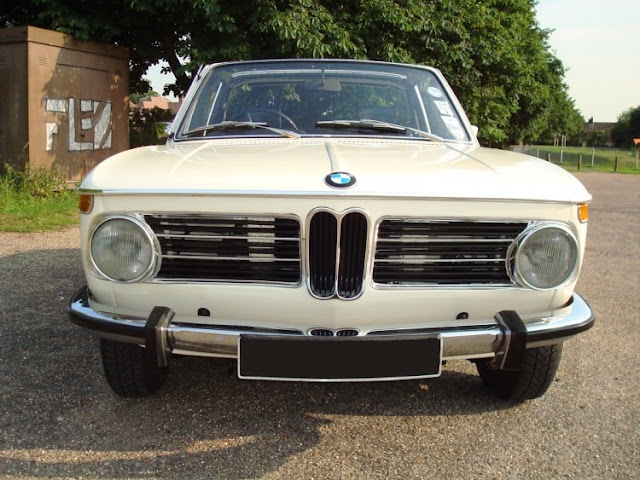 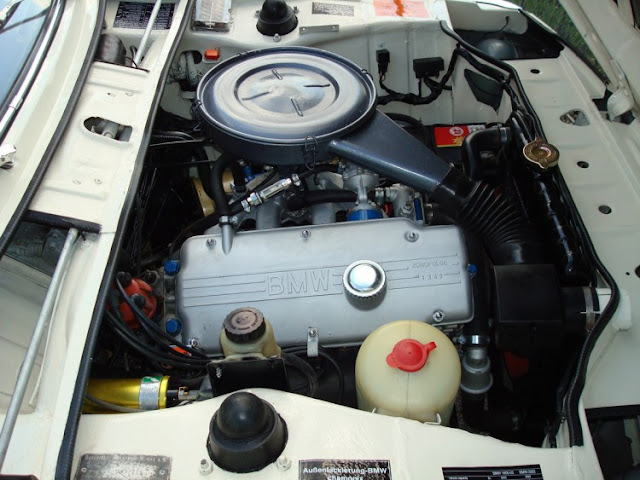 The BMW 2002 series is important in the history of BMW for several reasons; not the least of which being that it brought the company out of near bankruptcy in the 1960’s and put BMW on the map in the United States. It was the ancestral grandfather to the BMW 3 Series and was produced from 1968 to 1976. German BMW importer Max Hoffman is credited with the car’s creation. He had suggested to BMW’s engineering director that a 2.0 litre engine should be installed into the small two-door 1602 to improve performance and emissions. The engineering director argued that the larger motor would not fit, but Hoffman countered that it certainly would fit; if he refused to put the motor in, Hoffman would personally take a car with the new engine to George Meier, a famous motorcycle racer, for installation. Almost immediately this brought action – and the resulting 2002 (named after the new motor’s displacement) was popular in its first year on sale.
Only 354 examples were manufactured to Right-Hand drive specification and only 260 of these were early ‘round rear tail-light’ examples. Baur in Stuttgart were a respectable coachbuilder and put a lot of time and effort into the design of their conversions. The aim was to build more than just a cabriolet; their roof design would also offer targa- and landau-style open tops as well.

This wonderful manual Right-Hand drive Baur convertible was extensively restored by the previous owner in 2011 before being purchased by the current vendor. From 2014-2017 the car went into storage and in December of 2017, was renovated once again to bring it back to an overall very good condition. There are supporting documents of work carried out to be found in the history file and the car comes with a UK V5C and current MOT. An increasingly rare example of this delightful Baur convertible and not to be missed.