Here are the Baurs that attended this year's Vintage at Saratoga (NY) on July 11, 2015.  But first, we had a little drama at the hotel as we prepared to head to the show! 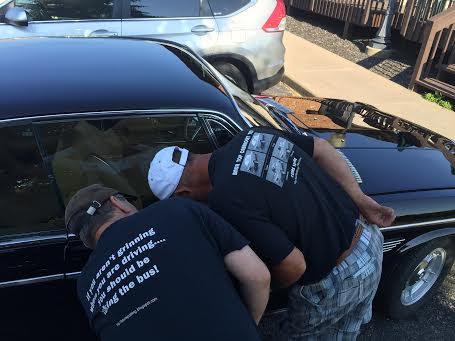 In this pic, you can Tom and Afonso (dressed in their Baur t-shirts!)  helping to securely fasten the side view mirror to Gary Studnick's E9 Coupe, fresh from the body shop.  Gary's car had gotten hit entering the hotel parking lot after last year's show by a local who ran a red light, apparently.  He had just gotten it back out of the shop the day before, after taking a year to repair the damage.   I used a jeweler's screwdriver from my tool kit to tighten it up.

But then the REAL drama began! 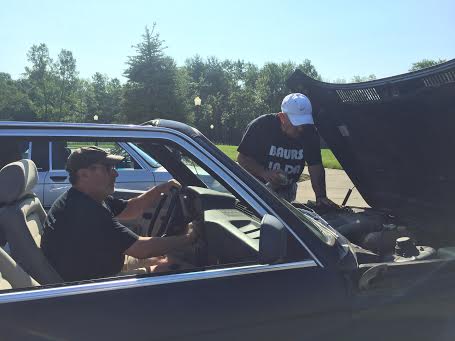 The Baurspotting Baur would not start in the parking lot at about 8:30 am the day of the show!!  Here you can see Afonso and Tom cranking it over.  Day um!  Afonso's Baur is in the background.  This is the first time I have ever had a problem starting my Baur, and wouldn't you know it would happen 190 miles from home on the weekend of the big Vintage BMW show!!  It looked like the fuel pump was shot!  Oh no!  Nightmare scenario, right?  Try finding a fuel pump for a 323i Euro engine on a Saturday morning in rural upstate NY!!

Fortunately, our friend (and fellow Baur owner) Lawrence Charlemagne was still in the parking lot.  He and Humberto (a retired BMW mechanic) came over to help.  They fiddled with the fuel pump fuse and relay for a few minutes, inserted a spare fuse, and va-va-voom!  The Baurspotting Baur was back in business!  Thank you, Lawrence and Humberto!  I love those guys, and I am in their debt! 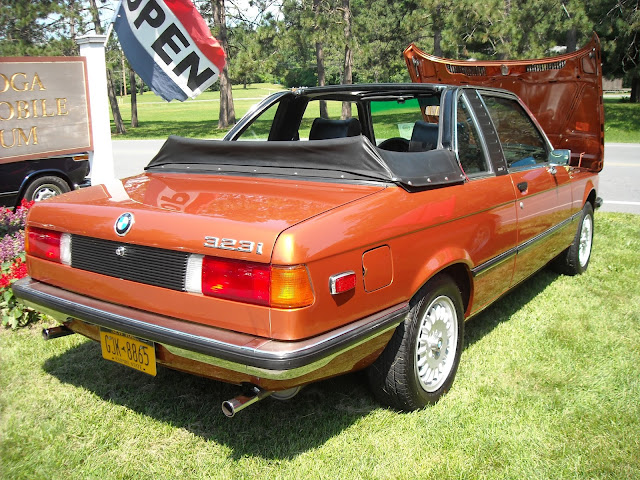 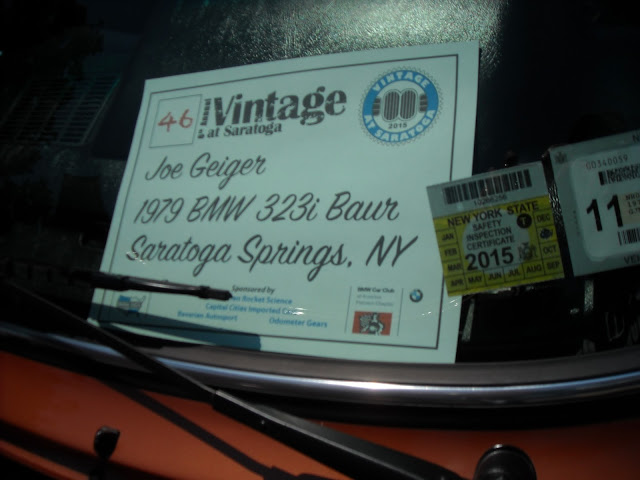 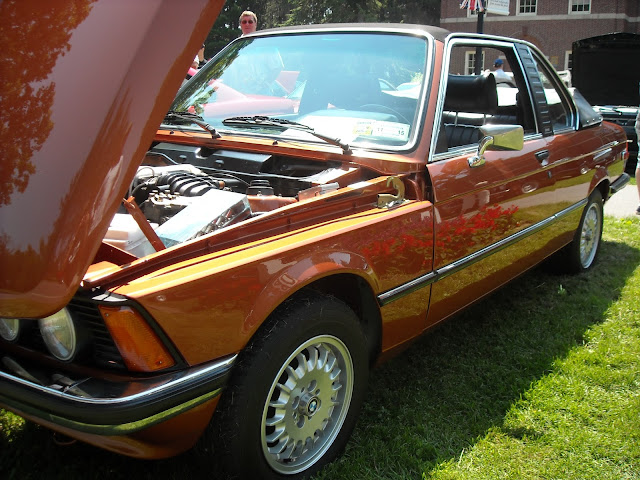 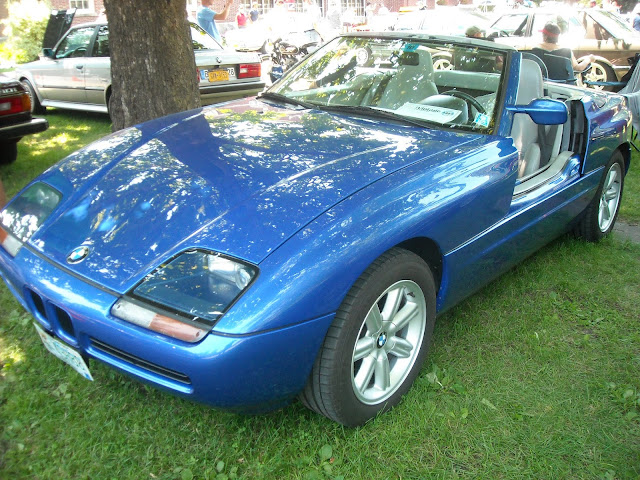 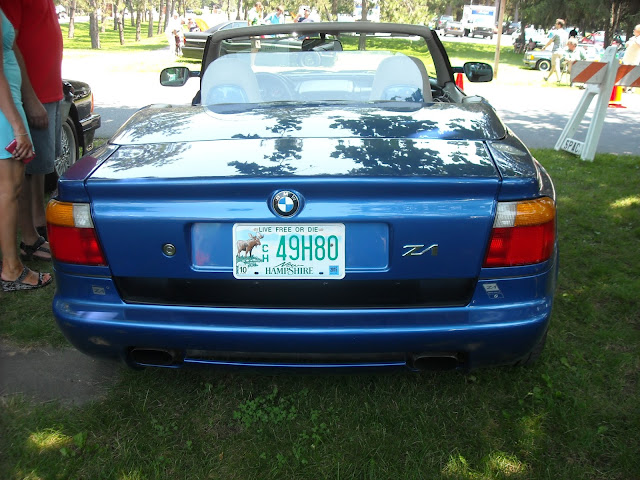 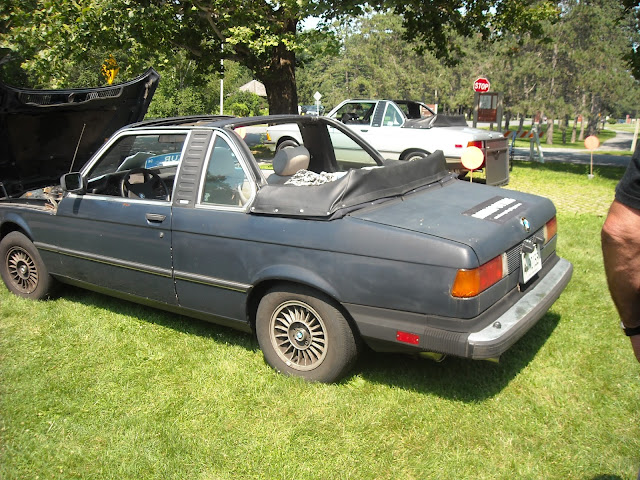 The Baurspotting Baur, looking every inch the Daily Driver that it is! 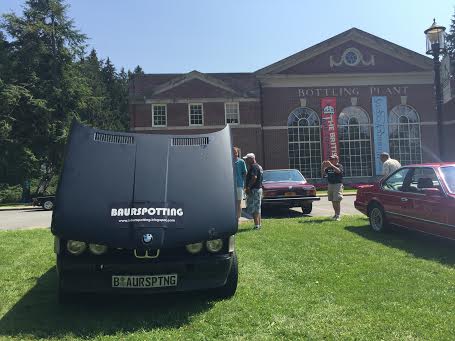 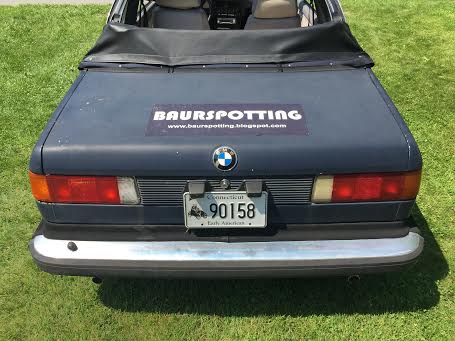 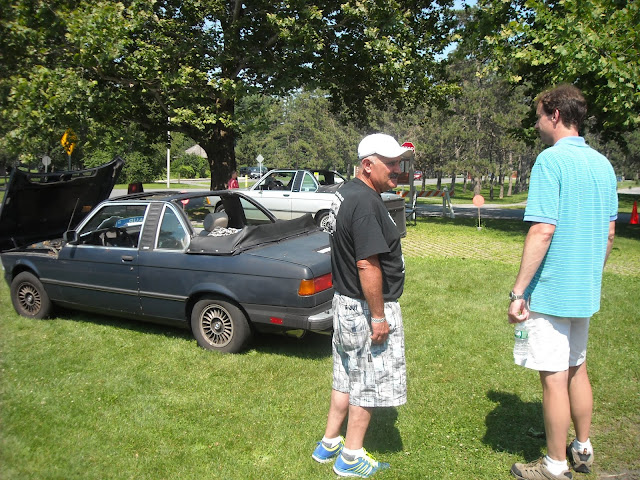 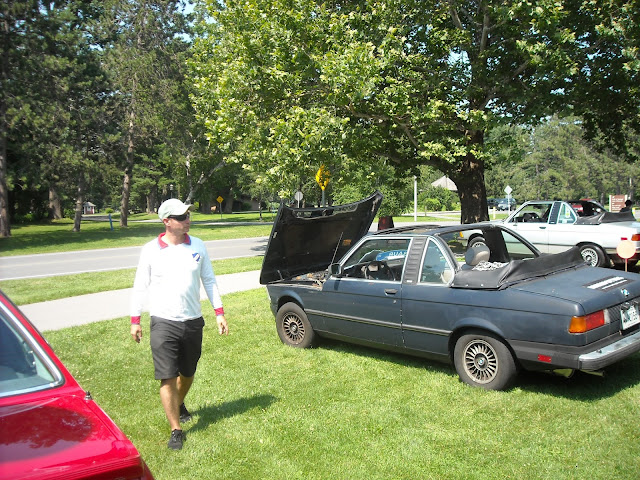 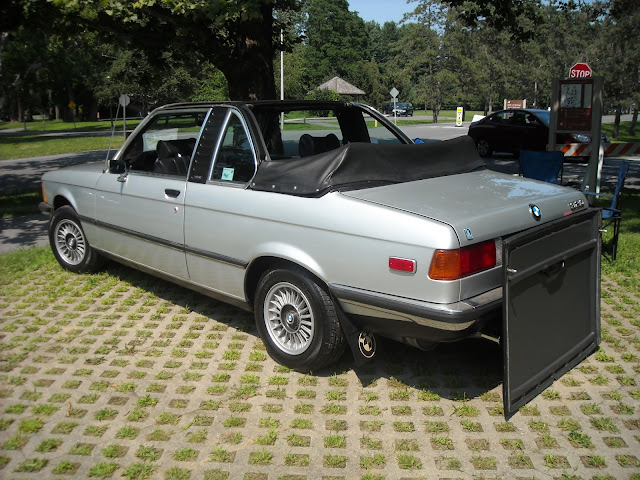 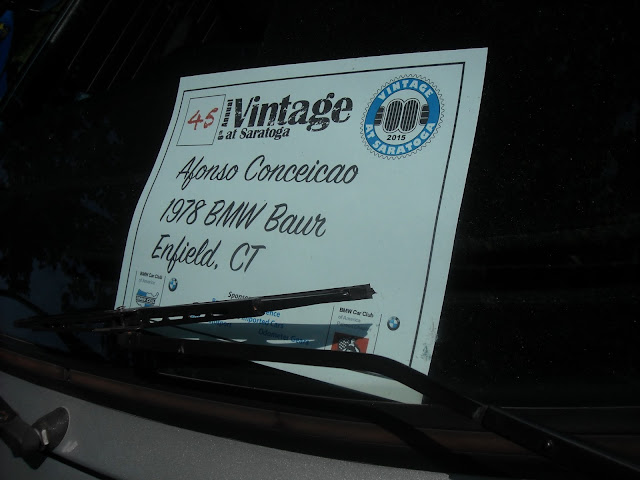 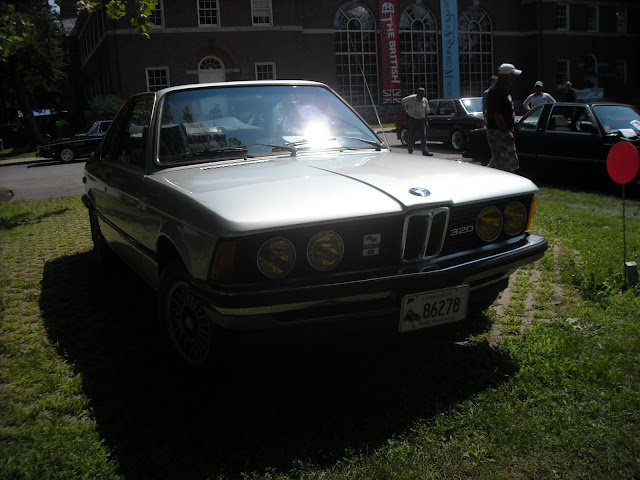 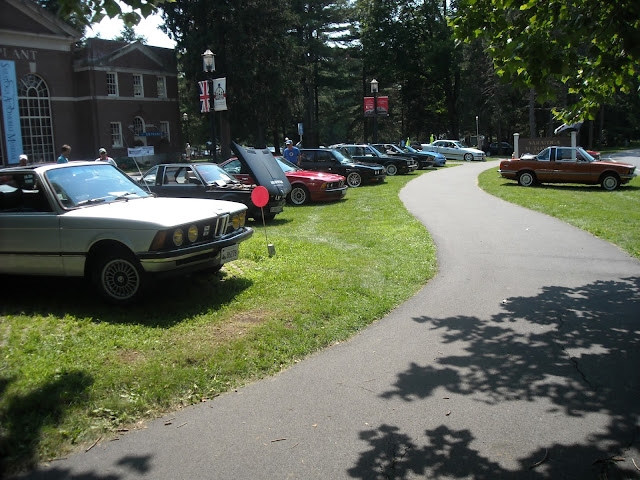 Three E21 Baurs on the lawn:  Afonso and Baurspotting at left, Joe Geiger at right. 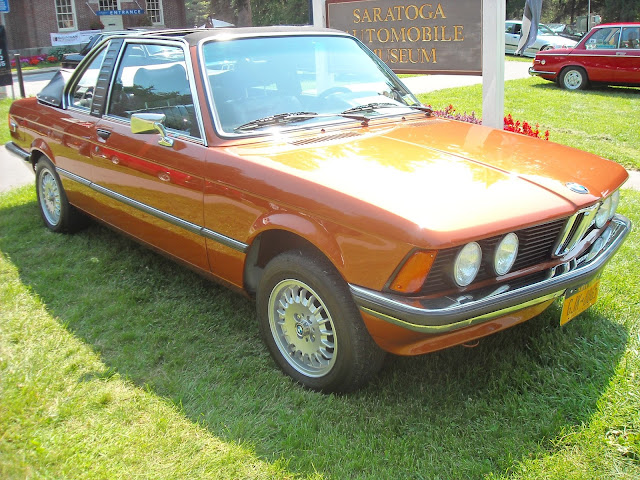 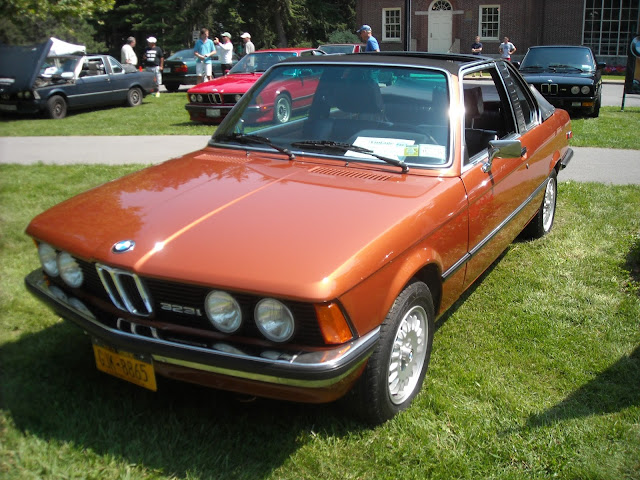 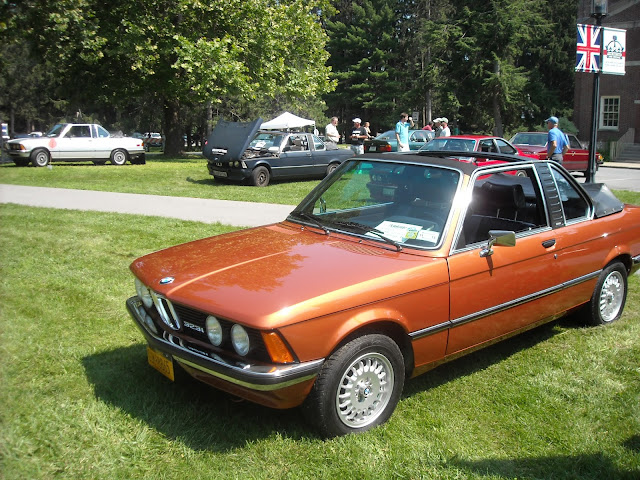 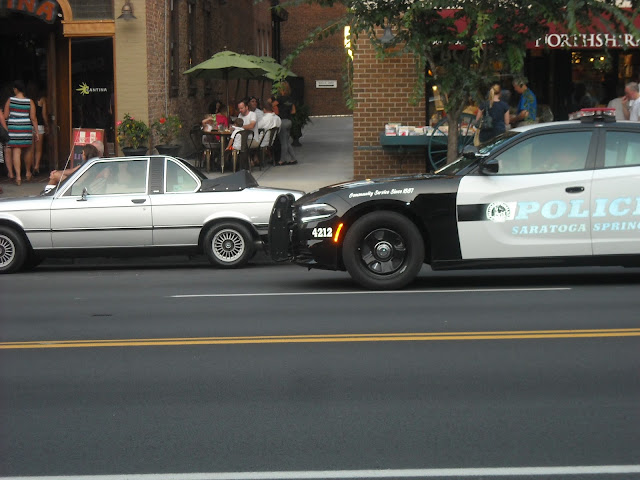 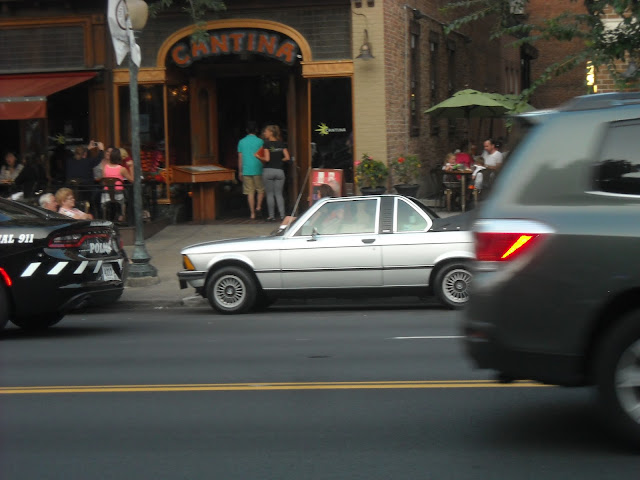 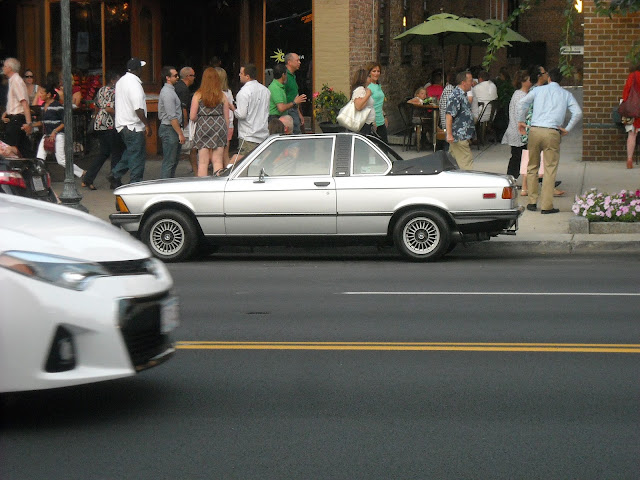 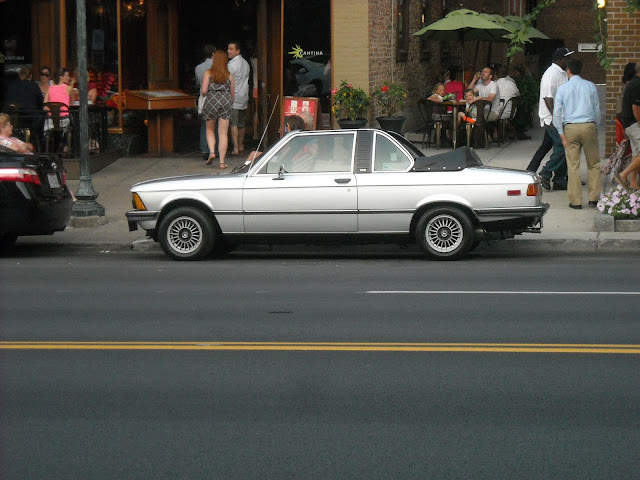 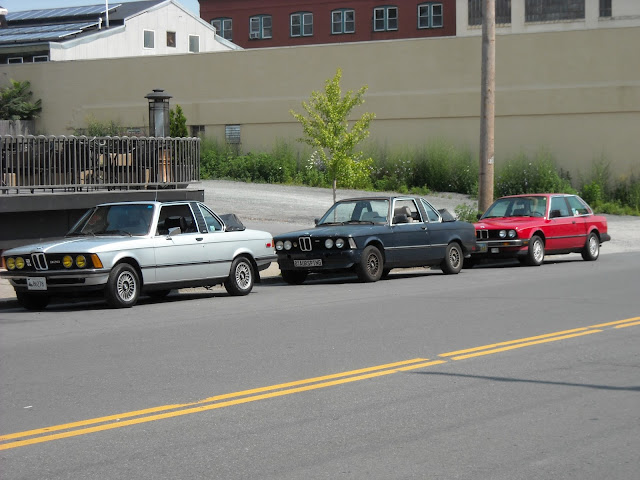 Sunday morning breakfast at Wolff's Biergarten in Albany.  Jim Denker's red 1987 325e parked behind the only two known Connecticut E21 Baurs.  At the moment this pic was taken, btw, there were NO E21 Baurs in CT, because both of us were here in NY!  ;)
Posted by tom82baur at 5:09 PM