THIS Is How You Do A Burnout! Video of Supercharged BMW 2002: Yikes!

Our friend, Thomas Nyman of Sweden, brought his amazing 2002 with a supercharged s14 engine to Bimmers of Sweden at Mantorp Park this weekend. 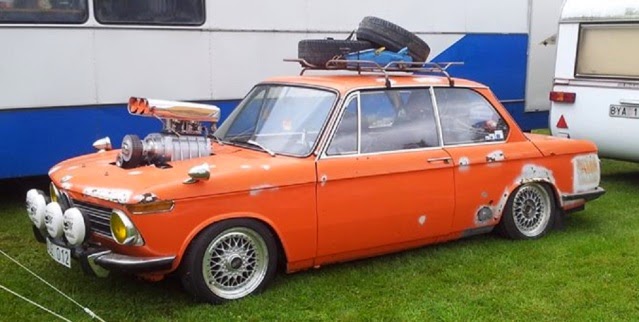 Here is his car.  :)
We have featured it here on Baurspotting before*. 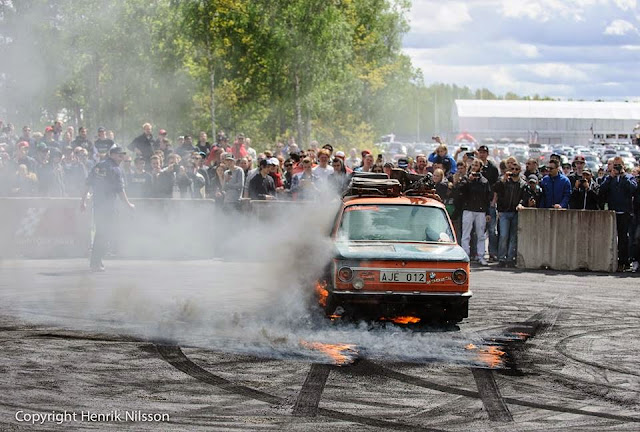 This is a pic taken as he finished his 'burnout'!  Yes, the wheels are ON FIRE!  Yikes!  If you are familiar with the BMW 2002, you know that the fuel tank is located in the trunk, near the right rear wheel.  I asked Thomas if his fuel tank was still in the trunk.  "Yes tom, the tank are still in the trunk...

It was full with e85 petrol att the showtime!"  ---Thomas Nyman. 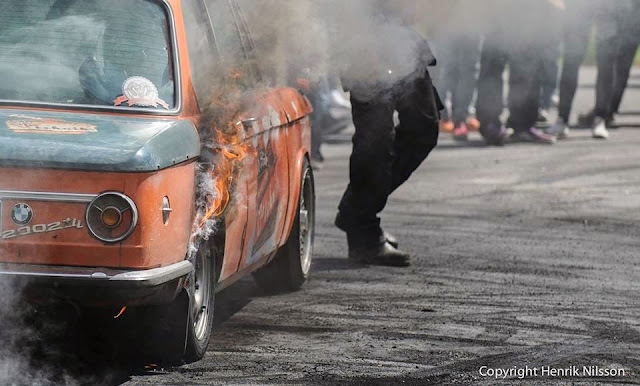 Yeah, the fuel tank is located right about where you see those flames shooting out of the wheel well.   See the gas cap?  The fuel tank is between the gas cap and the......  ummm .... FLAMES!  Double Yikes!  :) 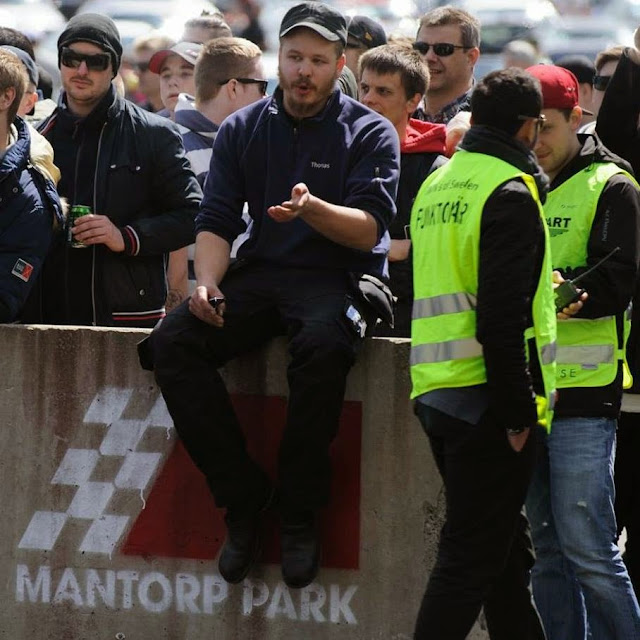 Here is a pic of Thomas, the owner and builder of this machine, sitting cool, calm and collected after exiting the car, as he waits for some heroes to bring on the fire extinguishers! Do you believe there were NO fire extinguishers on hand for the Event Staff!!!

How about some theme music for the occasion!  The Band, from The Last Waltz:
https://www.youtube.com/watch?v=BHnA2tmaq2U 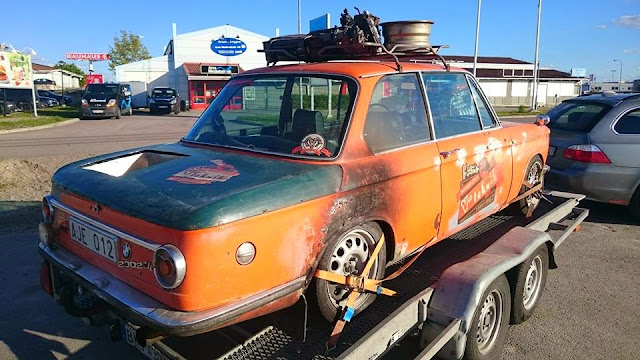 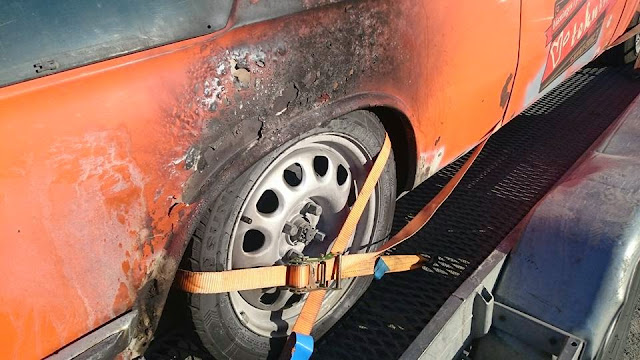 "It was unmitigated disaster from the organizers ' page that there was not a single extinguisher in place!Note that the film is clipped, it took longer than that before help came.And when it came it came from two heroes in the audience.

Then afterwards came regular staff to the site like emoticon"
"only" scorched bakskärmar and wheel arches in the luggage as a result.  Clear patina becomes permanent viktor!! :)From now on it is washing prohibition on the car!".-----Thomas Nyman.

Thomas has stated that fortunately no one was injured and the damage was relatively minor..... thanks to the quick response of those whom Thomas has referred to as the 'Heroes' who brought out the fire extinguishers! 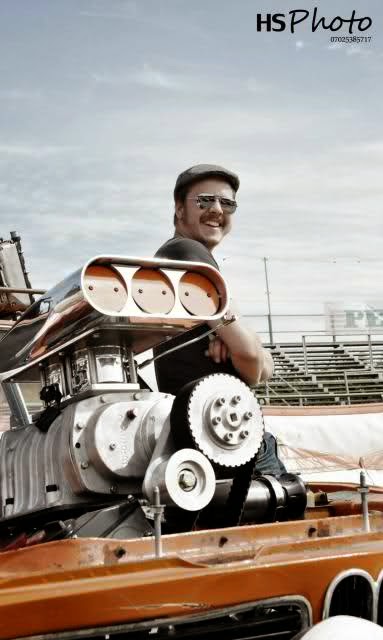 Thanks to You2ns for permission to use the video!  Amazing stuff!  ;)