While surfing the internet tonight, I accidentally came across this unusual offering:  a rare 1976 1502, and converted by Lumma to a cabrio.   We spotted this car years ago on the streets of Washington, DC, where it languished for a time after being hit in the rear.   It was very sad looking.  The current owner bought it and restored it, converting the damaged tail in the process from a 'square' to a 'Round' taillight, considered by some to be a dubious decision.  It was for sale in 2013, and it was apparently relisted in March 2015. 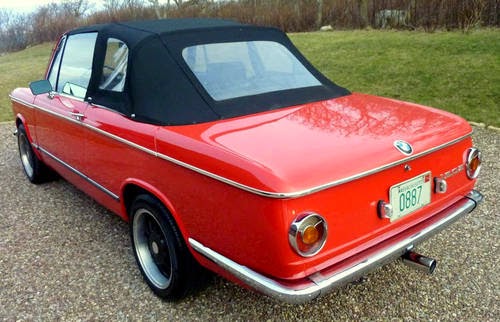 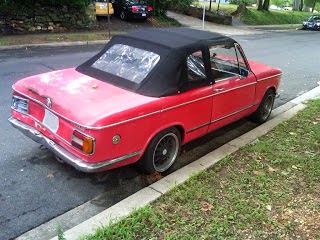 This is the original pic that Baurspotting posted when this car was spotted parked on the street in DC.  You can see the damage to the rear  end, and you can also clearly see that at this time it was a 'square' taillight model.

was introduced in 1975. While the rest of the 02 Series was replaced in 1975 by the first generation of

How about a Lumma?  Lumma is one of a number of custom coach builders in Europe who have done

BMW cabrio (and pickup truck) conversion.  Baurspotting is aware of perhaps a handful of Lumma

cabrios in the US, and a few in Europe.  So this is a rare car.

One way to distinguish the Lumma Cabrio (or any other aftermarket cabrio conversion) from the factory authorized Baur Voll Cabrio is to note the angle of intersection of the little vent window at the windshield.   The Baur Cabrio vent window makes a sharp 90 degree angle at that point, whereas, in this Lumma, for example, you can see that the top of the vent window has a slight curve where it meets the roof.    The reason for the difference is that the Baur's windshield was specifically designed  at the factory at a slightly different angle from the standard coupe.  The non-Baur cabrio conversions were converted from the standard coupe with a different windshield angle.

My personal opinion is that the Baur Cabrio soft top also has a much cleaner look. 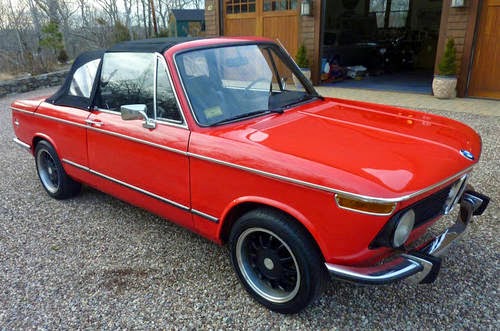 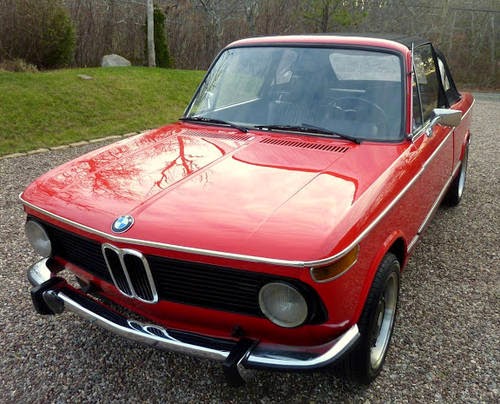 Here is the ad from Car and Classic in the UK.  Yes, it is being advertised across The Pond!

"LHD
Located in the USA....near Boston MA...very rare 1976 BMW 1502 Lumma convertibleClean and correct driver.Extremely rare 1976 BMW 1502 convertible.- It definitely is Lumma accordingly to experts who were at the show. The judges were questioning whether it really was a 1502 as they had NEVER seen one. - It definitely is a 1502!There also were 3 Baur’s at the show so together we made quite a splash!- If you're looking for a unique driver in excellent condition, this is it!- New Verona Red paint, new black convertible top.- Black Arc rims give the car a very nice look.- New grill-left and right side, new center grill, replaced bumpers, door moldings-black and stainless, belt molding, new hood, new trunk, new trunk floor and spare tire well, replaced wheel wells..- All seams sealed, all rust removed, new fuse box, new front end, replaced shock towers, rear struts, replaced rear tail lights with excellent used tail lights.Re-wired tail and plate lights.- 72,000 miles. This is a stunning vehicle and you will not see very many on the road today.


We took this car to a BMW show yesterday and it got lots of attention. One man in particular said he wants to buy it, but did not make an offer. You know how that goes. He did email me last night and said he wants his mechanic to look at it, but I have not heard from him today. It really is a stunning car. " 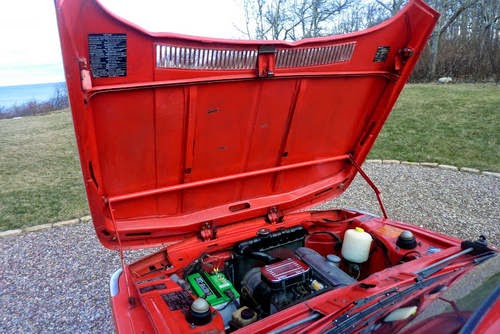 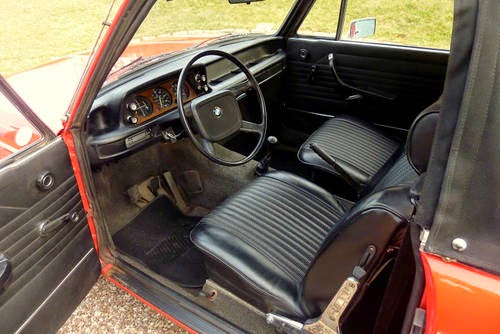 As you can see, the present owners have done a beautiful job with the restoration.


Full Disclosure:  I have posted this car in Baurspotting before, and I actually met the current owners a couple of years ago at Larz Anderson Museum's BMW Day in Brookline MA.  If you go to their ad* below, I was one of the 'three Baurs at the show" mentioned in the ad.   The show's judges were confused about this car that day, possibly due to the fact that the 1502s were the last of the '02's" built (production ending in 1977), and so all of them would have had the 'square' style taillights.  This one was converted to a 'Roundie'. 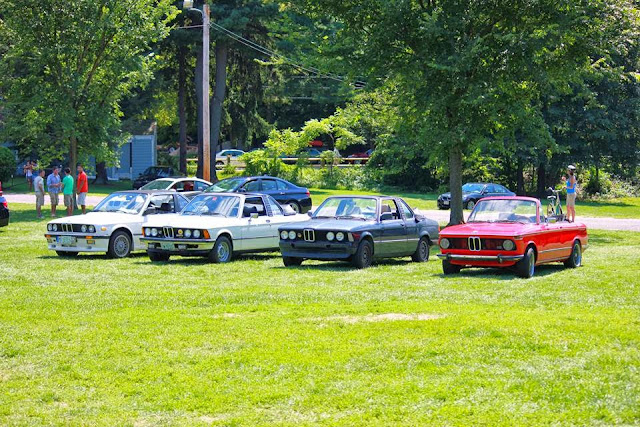 Thanks to my friend, and fellow Baur owner, Ed Poole, for posting this pic of the Three Baurs and  Lumma at Larz Anderson BMW Day, August, 2013.  (L to R) Ed's TC2 Baur, Rodney's TC1, Baurspotting TC1, and the Lumma Cabrio.  Thanks, Ed!  ;)

Here is a link to an interesting discussion about Lummas in the 2002FAQ around the time we discovered that the Lumma from DC had been restored and was now in the Boston area:
http://www.bmw2002faq.com/topic/135718-found-the-bmw-1502-lumma-convertible-from-dc/

Other Lumma articles in Baurspotting: