Thanks to Collin Madison Blackburn (and his friend David at the Carlisle Fairgrounds who actually took the pics) for sending these pics of what turns out to be Ed Ullom's 1600 Voll Cabriolet which he restored and converted to a 2002tii.  This car was at the Carlisle auction last October, but I don't recall if it sold or not. 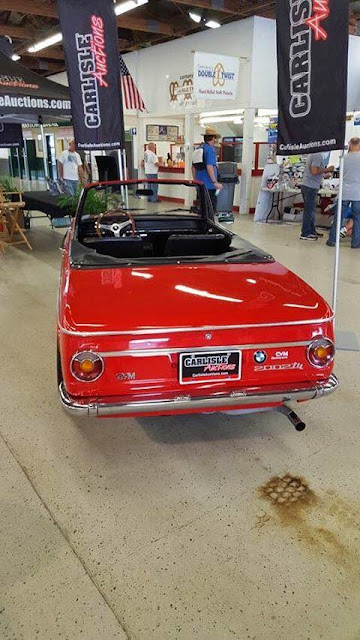 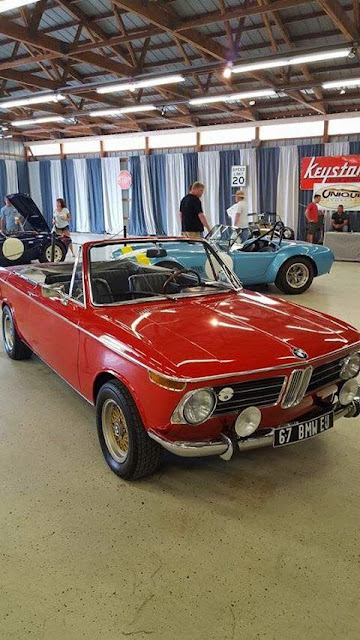 Here is another pic of this Baur that I found online today.
http://ultimateklasse.com/blog/2013/5/26/ed-ulloms-bullenstall-museum 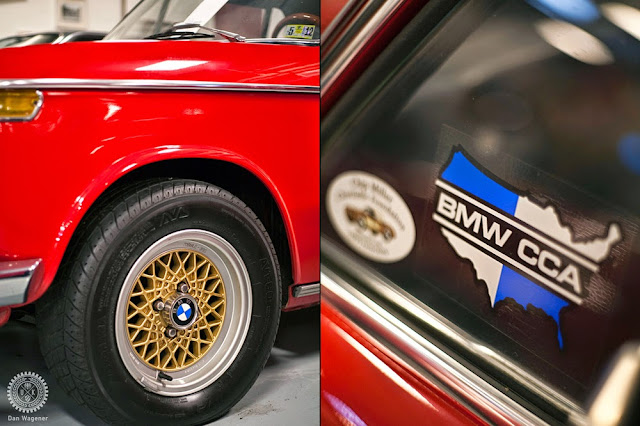 More posts on this Baur and Ed Ullom:
http://baurspotting.blogspot.com/2014/07/ed-ulloms-two-baurs-going-to-carlisle.html

Who is Ed Ullom?  Winner of the BMW "Friend of the Marque" Award!
http://baurspotting.blogspot.com/2012/11/baur-owner-ed-ullom-wins-bmw-friend-of.html

Thank you Collin and David!  ;)