It's a Small Baur World, Defined

You may have heard me mention on a number of occasions that it is a 'small Baur world'.   It is usually in reference to the fact that Baurs are so rare and infrequently seen, that oftentimes a discussion of two apparently different Baurs turns out to be one and the same car.  The most recent example is the red Baur currently for sale in WA on craigs list.  Jeroen mentioned that it bore a resemblance to a Baur last reported in Nebraska (1500 miles away) a few years ago (2008) and..... lo and behold, it turns out that they were indeed the very same car!


Today, we have yet another example of the Small Baur World phenomenon.  Bimmerforums member, and TC2 Baur owner, thepooleman, mentioned yesterday that another bimmerforums member named mbulsa had seen a red Baur up in Burlington VT recently.

Baurspotting, naturally, got right on that tip, and messaged mbulsa for more details, after explaining what we do at Baurspotting and in the Baur threads in bimmerforums.  He told me about the Burlington sighting, and then also mentioned that he had a friend in NH who had seen a white Baur there!

I was quite excited to hear this, since, you may recall, there was an E21 Baur spotted in NH last December and we haven't been able to find it!  I asked if he could get more details from his friend on this white Baur, and I sent him the link to the Baurspotting story about the sighting in NH last year. 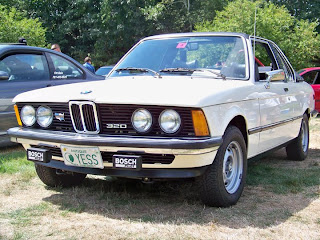 I just got his response:

And my response to him, after a moment's pause, as I realized that this was all sounding familiar to me now.....

Thepooleman, you see, ALSO has a white Baur in NH!  It never occurred to me, in my excitement over thinking that we finally had a lead on that elusive white E21 Baur.... that mbulsa's friend would be talking about the only OTHER known Baur in NH, which is owned by thepooleman .... who is the same guy who put me in touch with mbulsa in the first place yesterday ..... And started this whole story!  A Full Circle. 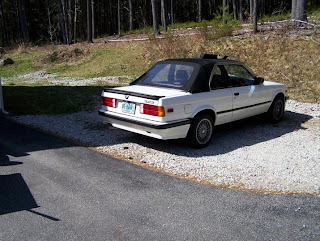 Too funny, really!   This sort of thing is happening all the time lately, and I expect it will happen even MORE, as we continue to zero in on those few Baurs left out there!