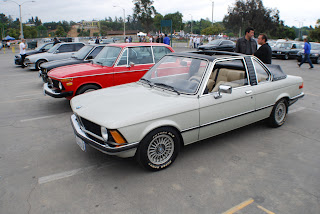 Here are some more pics from Bimmerfest May 2011 held last weekend.  We would like to try to identify the Baur above.  Bimmerforums member rudy92 sent us the following, which is all we know about it for now:

"What I remember was that it was a 316 single headlights yes, I think the car had only 28 thousand miles, and the color was a very light greenish silver. And also the owner didnt speak much english, he was armenian."
West Coast Baurhunters:  can anyone help us identify this car?  E21baur may know him, since we have another pic of the two parked next to one another, I believe.  .... In the video shot by rudy92 in the previous post "Two Baurs at Bimmerfest", the two Baurs appear at 2:37 parked next to each other at a 90 degree angle.  we can see the license plate on the silver one is "California: 6CXD210". 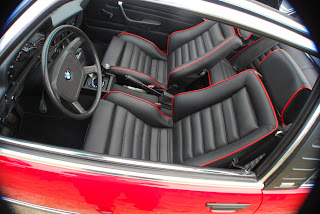 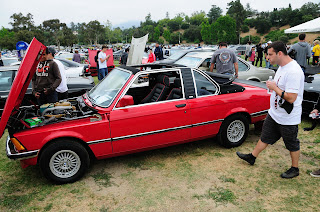 The beautiful Baur above is owned by bimmerforums member e21baur, and was the subject of an earlier post in this blog:  "Coming in from the Cold" on May 6, 2011.  Check out that interior! 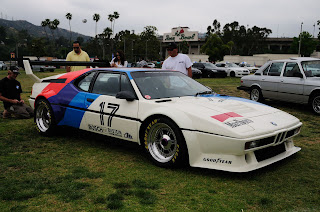 I thought folks might enjoy seeing this one.  :)
Many thanks to the fellas who provided these pics, which were originally posted in bimmerforums this week:  rudy92, uberpanzer, ebmw21 and E21Adam.  Some of them may been borrowed from Autoblog, so we want to give them credit also.  I apologize if I left someone out.  Great job, fellas!
Posted by tom82baur at 10:11 AM