Pretty sure I owned that car 25 years ago. The one car I'm sorry I ever sold.
Here's is a picture from the day I sold it in 1992. I sold to a guy in San Anselmo CA and took a partial trade for a 1974 2002tii.
Really sad to see it in this condition. Wish I was still on the west coast." 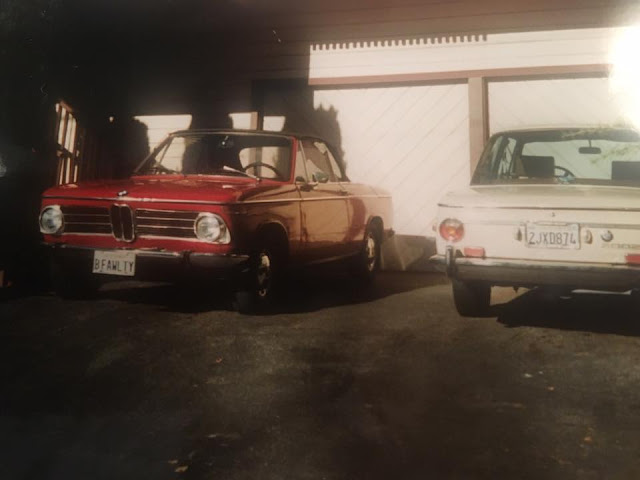 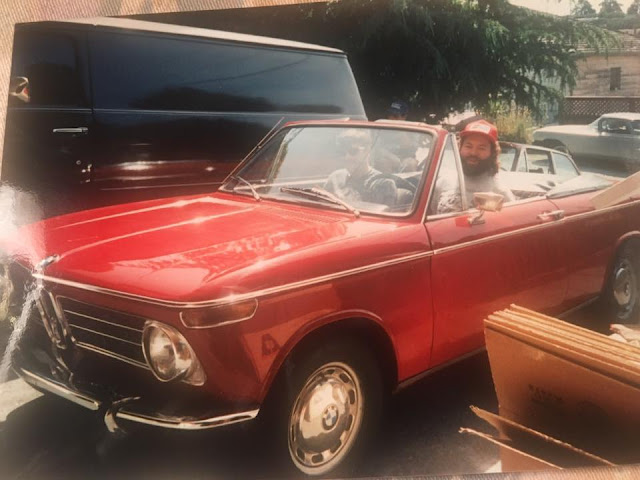 I sent John the following:
"Amazing, John! Please let me know what you find out. I am revising the Baurspotting blog post to include this info as we speak! I will await verification.... hopefully he will respond in a timely manner."

And I awoke this morning to find this message from John:
"Verified! Here is his response:"

Hi John,
Yes, this is the car I bought from you.
I had a great run with the car for the first 10 years I had it. It was getting pretty shaky on the bumps so I bought a car with a rust free floor pan and had an excellent body guy doing the work until he got sick.
There is a bmw guy I met last year who may undertake the rebuild that thinks someone named Misha owned this car and says it had a musical history. I don't recall anything you mentioned about that when I bought it. Thought of trying to contact you but you beat me to it.
Wish me and the car luck. If you want to undertake the job, let me know and I'll sell it to you. No one has fully committed at this point.
Best,
Al"

And there may be more!  "Misha"..... who could this Misha be?  Well, it occurred to me that I had heard that name before.....Mikhail Baryshnikov was known as "Misha'. That might be worth looking into. Just saying'.  ;)

We are actively seeking any info on the Provenance of this Baur Voll Convertible!

Here is the link to our previous post on this Baur, posted yesterday.
*http://baurspotting.blogspot.com/2017/05/some-assembly-required-department-1969.html

UPDATE to the Update!  11am May 29, 2017.  John M.just posted this message in Facebook, regarding the speculation around "Misha":

"Nope. I knew the Misha he asked about. Guy named Misha Sky from San Mateo CA. He had a red Baur 1600 as well. Don't know what happened to it. I bought mine from a guy who drove it from Colorado to San Francisco.Here's what it looked like when I got it in 1988." 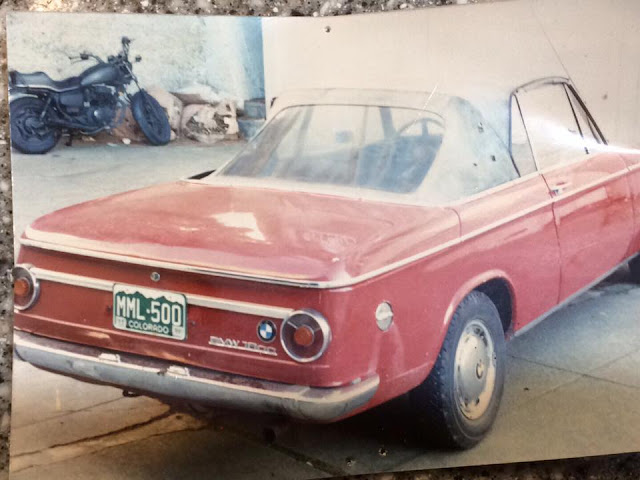