All Together Now: The Only Three E21 Baurs in Connecticut!

Well, we did it, folks!  There are only 3 (three) E21 Baurs in the whole state of Connecticut, and,----thanks to the BMW CT Valley Chapter's Annual Show and Shine held today in Manchester, CT---- we got all three of them together in one place at the same time!

The day was a little chilly but not chilly enough to prevent me from doing the whole 100 mile round trip drive 'full cabrio style'!  OK, I did have the heat on but, hey.... I was wearing shorts! Still a great drive in an open car, and a great day to meet up with our fellow Baur owners and our friends at the CT Valley Chapter.

Scott (who is new to our group---Welcome, Scott, it was a pleasure to meet you and see that beautiful Baur up close and personal), Afonso and I arranged to meet at McDonald's before the show, so that we could arrive at the show 'en masse'!  And it worked like a charm!

The show opened at 9:30am, and we arrived 'fashionably late' around 10:45am!  The show is held in a beautiful park, and the entrance road winds through the forest before emerging on an open field where the show is held.  By the time we arrived there were already 30+ BMWs of all varieties parked on the field with the owners gathered about socializing.  All eyes turned to us as we emerged from the forest: first one, then two, now THREE E21 Baurs!   Many folks at BMW shows like this have never seen a BMW Baur in person, and so we heard many comments that they were quite amazed to see THREE at once!  It was just what we had hoped for and it was great!  :)  There was a constant flow of interested onlookers with lots of questions about Baurs.  We are working hard to get the Baur word out, and it was great fun, as always!  The Annual 'Show and Shine' always draws some great cars and great people, including some of our good friends from the NY Patroon Chapter, Frank Greppo and Scott Stowell, who run one of the great East Coast Shows:  the Vintage at Saratoga in July.  I may have a slight bias here but.... I think there were two highlights of today's show:  the 600+HP M6, and the Three Baurs!  :)   But I think we kinda stole the show today!  Baur Power!  ;)

Thank you to Afonso and Scott for coming out and making it happen!   Scott's Baur is for sale, btw, and it is a low mileage, unmolested beauty!   If you have an interest, shoot me an email, and I will put you in touch with him! tom82baur@gmail.com

Here are some pics: 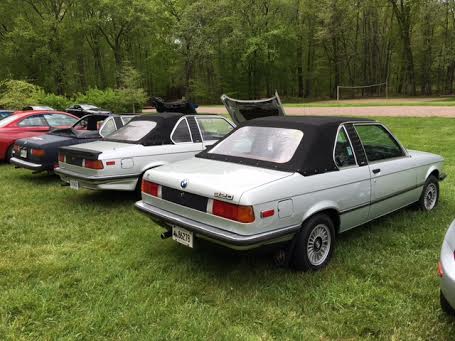 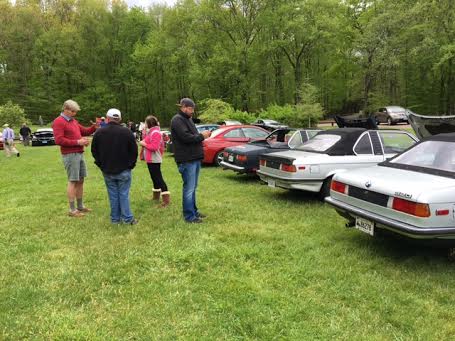 Another shot of the three Baurs, with an added detail:  that is the BMW legend Pete Smith at left, chatting with Afonso.  And that is Scott at the right of the pic.  Pete has an immense collection of older BMWs in various stages of, well, let's call it Purgatory.  :)  If you need vintage BMW parts, call Pete. He probably has a half dozen of whatever it is you need.  Honest to God.  He has two or three warehouses of cars/parts.   Seriously.  And he is really nice guy, to boot.  Call him.  Email me for his contact info. 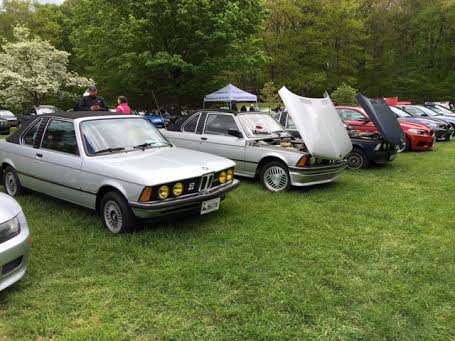 Frontal view of the three Baurs. 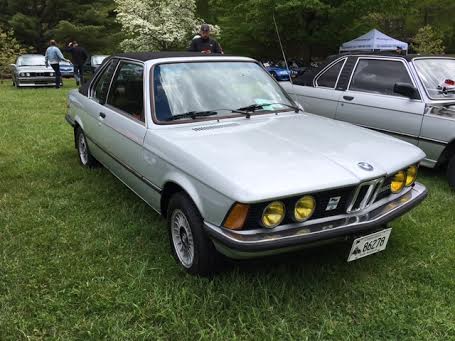 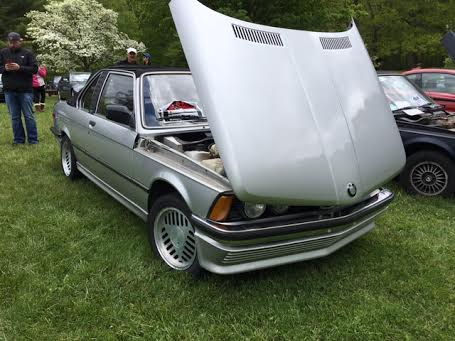 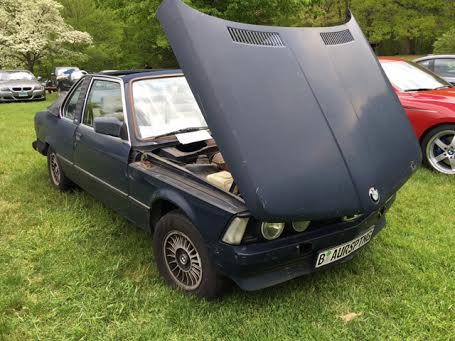 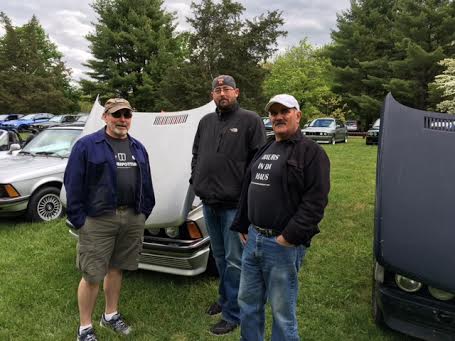 (L to R) Tom Schuch (Baurspotting), Scott Young, and Afonso Conceicao.  Thanks to Rick Musgrave for taking our pic. 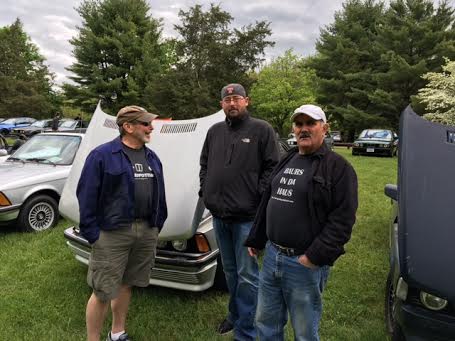 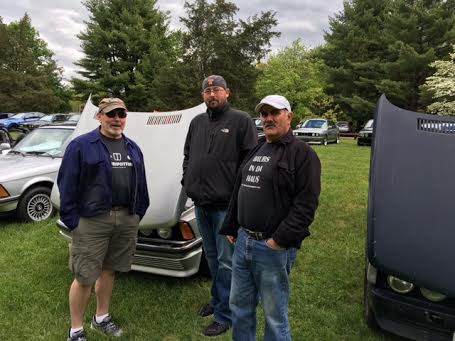 BTW, there were about 50 BMWs present on the field today, including a fairly wide variety.  I will do another post on a couple of the cars that struck my interest. 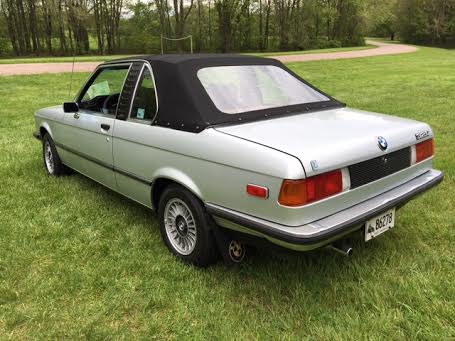 Here are a couple final shots at the end of the day.  Scott had already headed home at this point, so his car is not present. 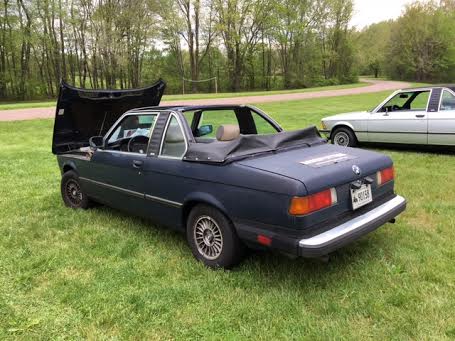 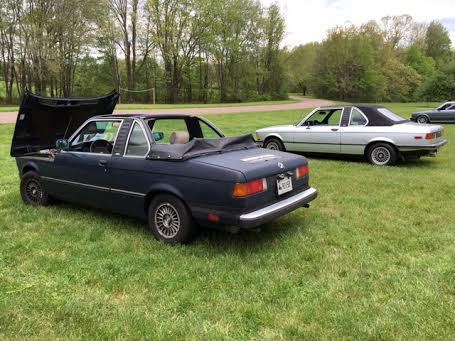 We were getting ready to head home ourselves after the picnic lunch, prizes and drawings.  And it was quite a chilly day, but we still had a grand time:  all three CT E21 Baurs together at the Annual BMW CT Chapter Show!  We rocked 'em!  ;)

Thank you to Scott and Afonso for helping to make it happen!