Thanks to Scott Sislane for the heads up on this rare Cabrio Targa by Baur for sale on ebay in the UK! 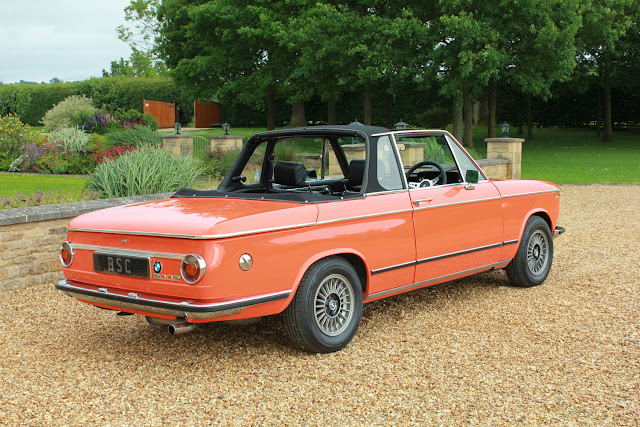 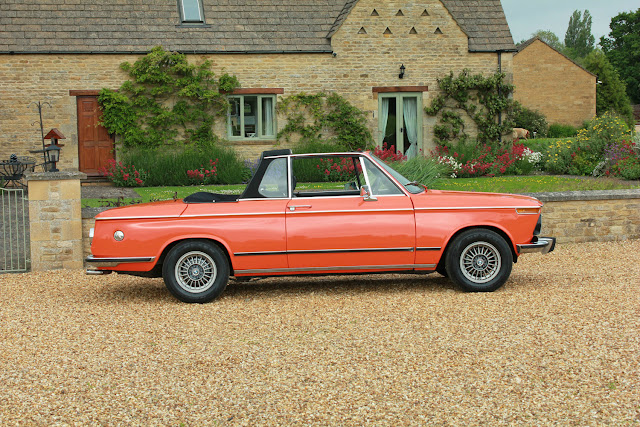 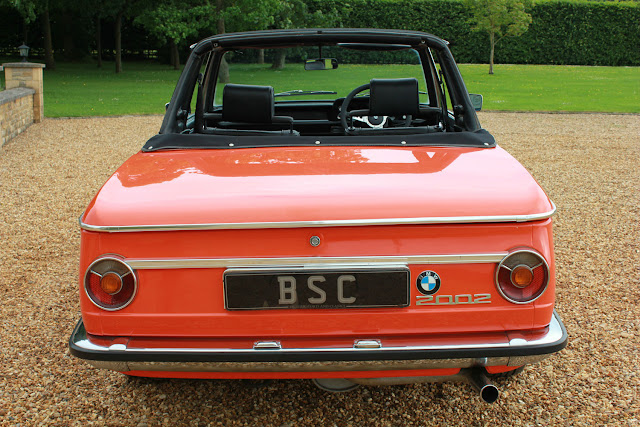 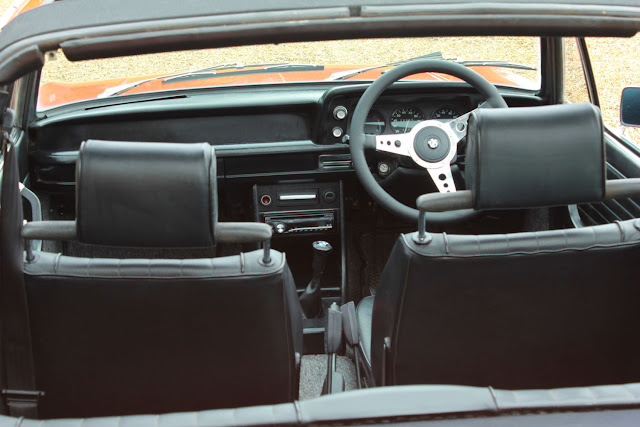 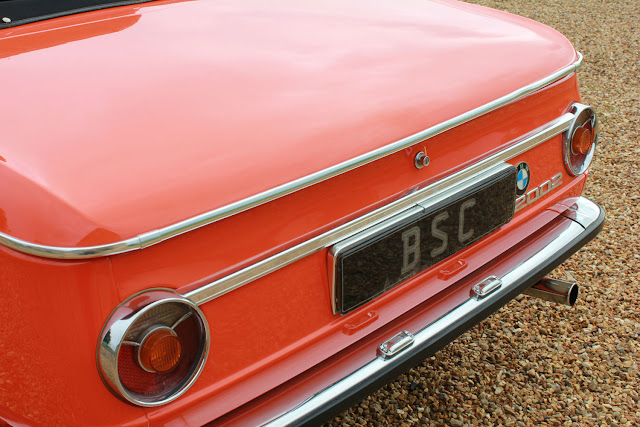 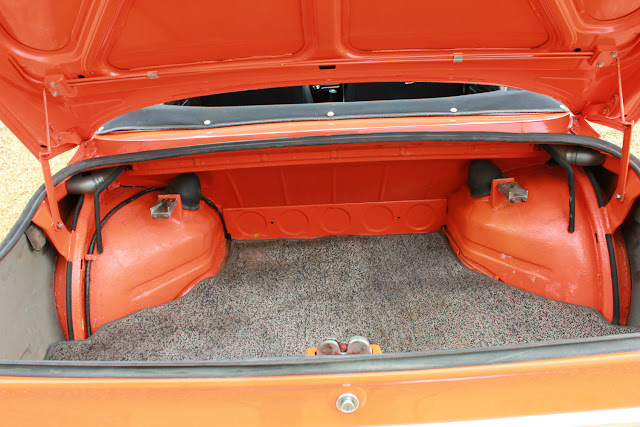 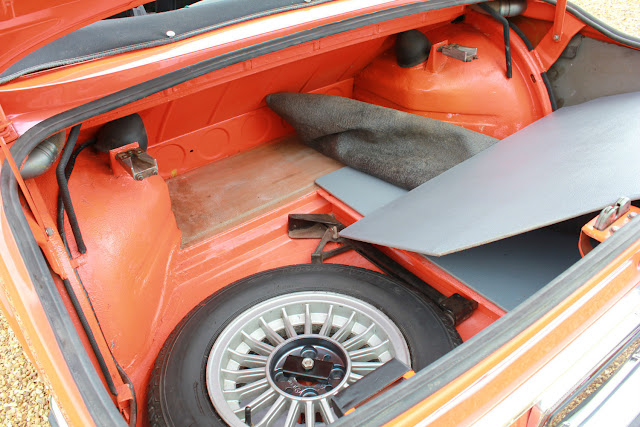 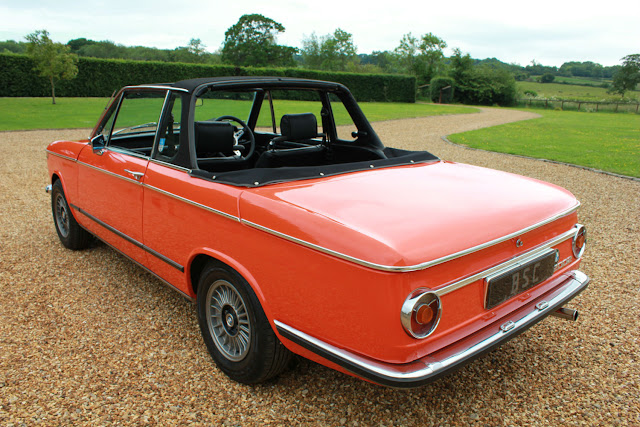 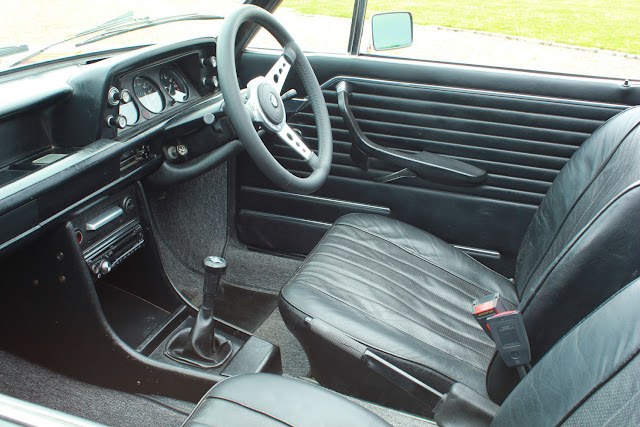 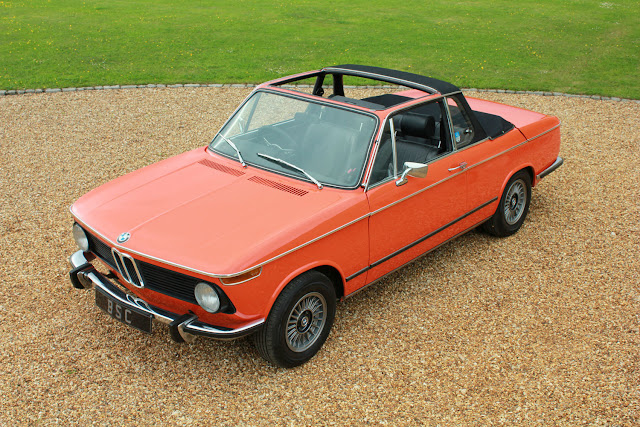 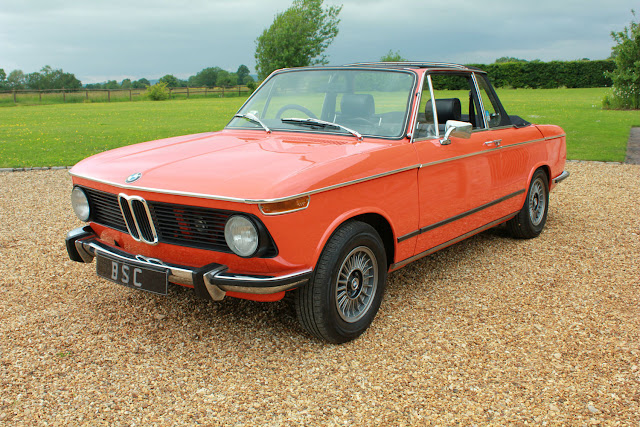 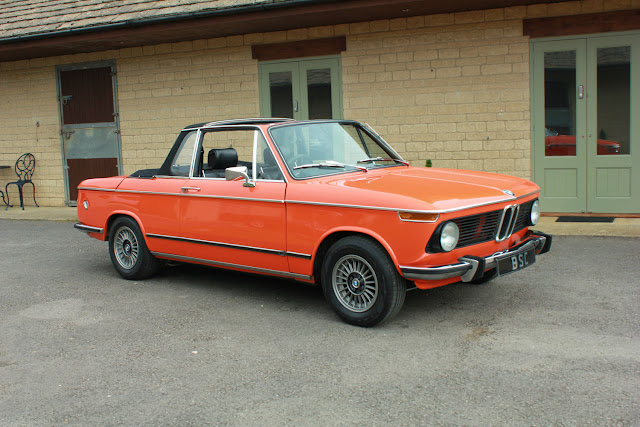 "There are few car makers today who can claim they’ve done so many things so well that it’s hard to imagine a world without them in it. One of those companies is BMW and whether you’re a fan or not, it’s impossible to deny their massive influence on the industry as a whole.They struggled for much of the 1950s to properly rebuild. It wasn’t until 1962 with the launch of the 1500 sedan did their fortunes begun to change. The 1500 eventually evolved into the 2002 , which was launched in 1968. For those who don’t know their BMW history, the 2002 is considered the direct ancestor to today’s enormously successful 3 Series. It was an immediate hit and remains a classic to this day. So what exactly was the secret to its success? Basically, BMW found the ideal combination of power, driving characteristics and everyday usability in a single package.This is a rare example of the Bauer cab with only 260 units built.She is finished in striking Inka Orange with lovely black leather seats.There have only been two owners for the past 38 years and she has enjoyed ongoing maintenance as necessary including a recent major service and brake/ suspension recon.Everything works and feels like it did in 1974 and on the road it is clear that the engineering was years ahead of others still feeling sportily and alive today.It only takes a few minutes to remove the top and fold back the rear top and she then becomes a great open top roadster with a lively engine and gearbox making progress great fun.A rare and very practical car ready to enjoy and watch rise in value."