I found this article today linked in an old thread in r3vlimited from 2006.  The info below was on the old Tricord E21 page*.  The articles are undated," but they mention "11 years after" the end of the E30 cabrios..... so that would put it at about 1993 or 1994.
The articles contain some interesting info, including references to the possible pending safety legislation in the US, that could result in a ban on 'open cars".  It cites this issue as part of the reason that BMW stopped producing the Voll Cabrios (also Baurs) after building only 200.  Production began instead on the Cabrio Targa, with a built in roll bar! An interesting tidbit: the Baur Cabrio Targa cost as much at the time as the Jaguar E-Type!  :)

Anyway, enjoy the articles, which I believe I have posted years ago, btw.   If you find the articles hard to read because of the print size, click on the links to go to the original article, which you can then magnify.  I was unable to post these any larger without overrunning the sidebar and losing some of the image definition.  But they are definitely worth reading for any Baur fan!  Trust me on that!  ;)


Classic Cars Baur articleThe UK-based car magazine "Classic Car" has published an article about Baur productions over three BMW models (2002, E21 and E30). Including pictures of each model, tech details and more. Ironically, they got the production numbers totally wrong. Their number (137,137) refers to the total amount of E21 323i built by BMW, and even then it's still wrong because the exact numbers of 323i built by BMW is 137,107. Also, the power output is 143HP and not 139HP. So far for my nitpicking...Still, it's definately worth to read though.Page 1 - Page 2 - Page 3 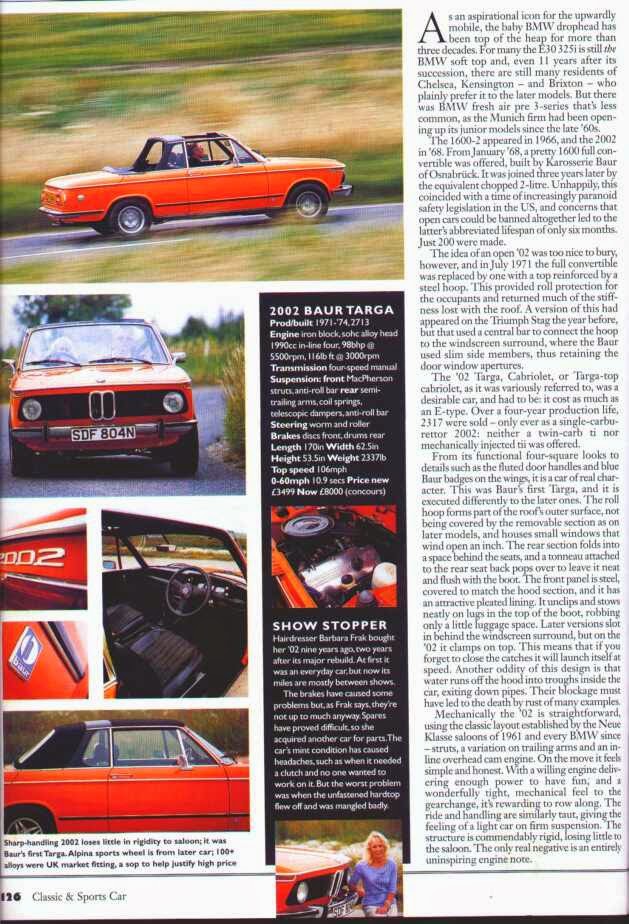 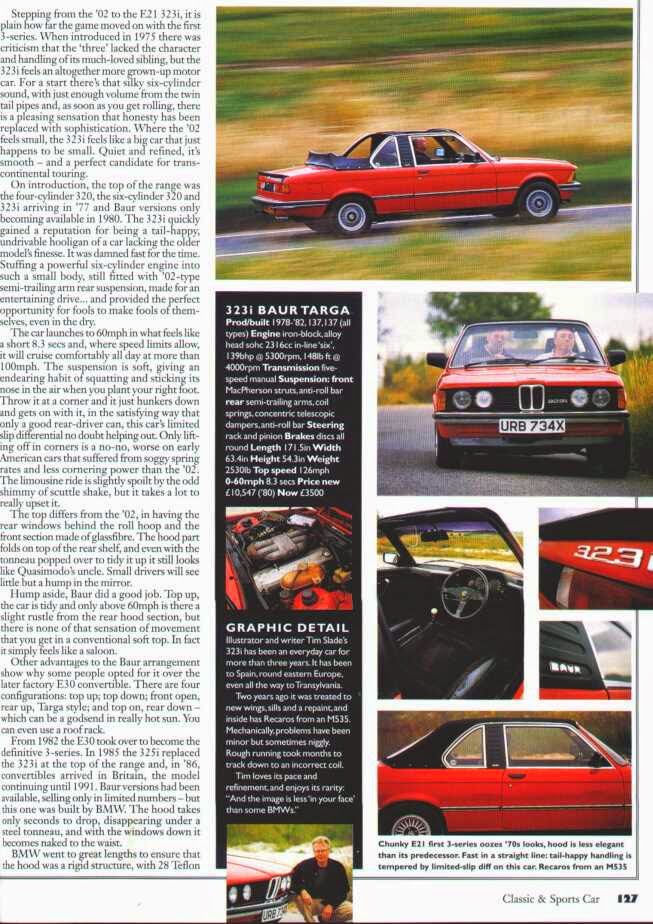 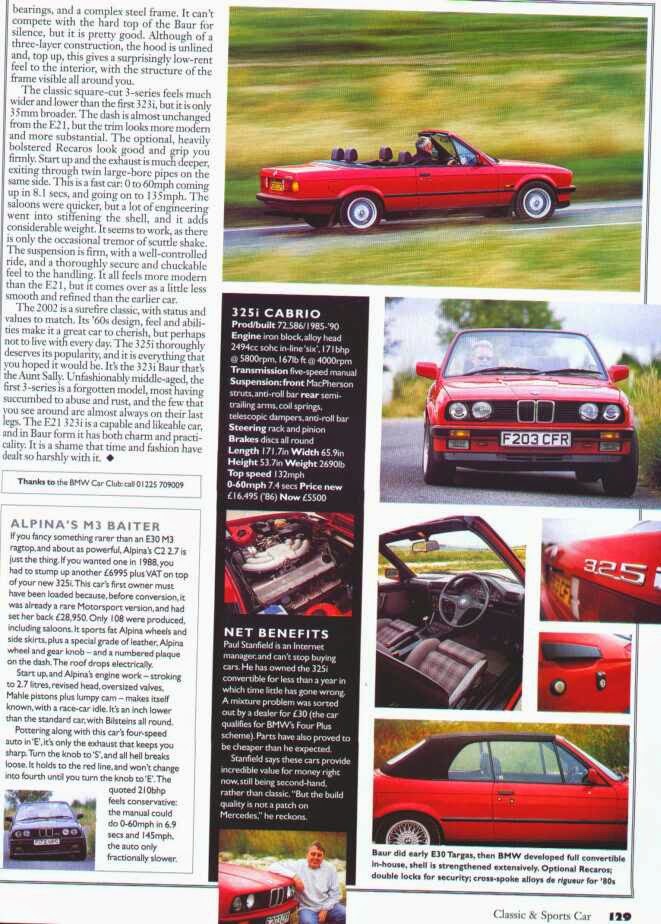