I am finally catching up to some pics and video shot by others at our recent Bimmerfest East adventure. You may recall that my son, Brian, accompanied me on a 900 mile trip, that included joining the Turner Motorsports Caravan on August 5 at BMW NA headquarters in Woodcliff Lake, NJ enroute to Bimmerfest East on August 6, 2011. I have located some pics and videos of the experience, and I hope you enjoy them as much as we did! We had a ball! 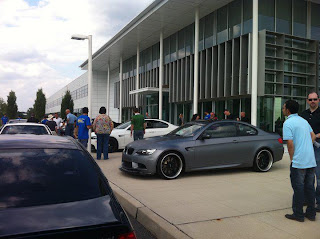 Turner Motorsports Caravan at BMW NA in Woodcliff Lake NJ.  You can see Tom in the white hat, Brian in the white tshirt talking to BMW NA staff who drives the blue B7 pictured below.  Brian won the top raffle prize, an Mwatch! 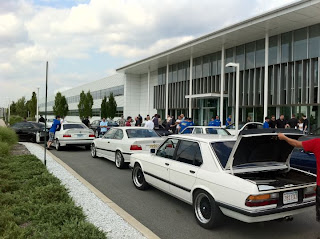 Turner Motorsports Caravan again. You can see the Baurspotting Baur parked in front with Steve52's white 320is behind it.  Tom in the white hat.  Getting ready to depart. 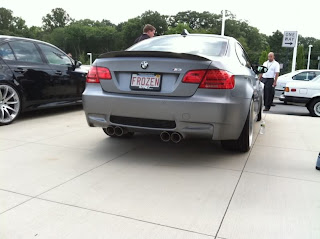 The Frozen Grey, Turner Motorsports, lead car for the caravan. 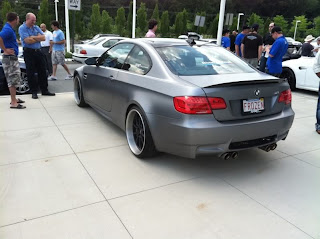 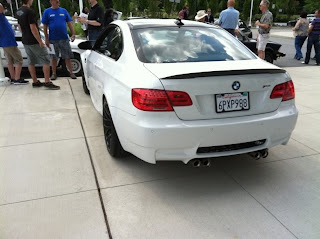 BMW NA M3, the other lead car for the caravan. 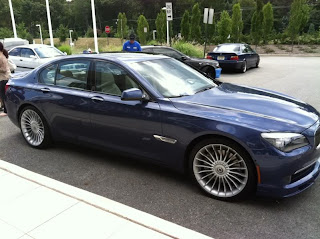 BMW NA Alpina B7.  this car did not make the trip with the caravan.  A very impressive car, btw. 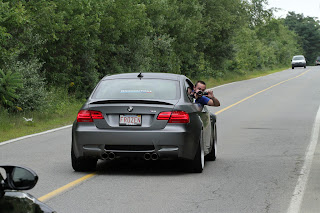 The Turner Motorsports Caravan enroute to Bimmerfest with the Frozen Grey in the lead. 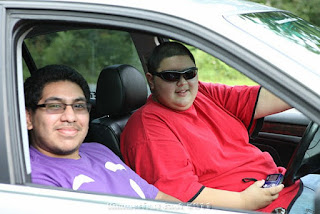 Two BMW enthusiasts from NJ we met along the way in the caravan. We followed them for a bit when the caravan got temporarily broken up by a Garden State Parkway Toll Plaza. Nice fellas. 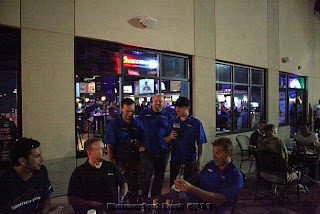 August 5, 2011 Turner Motorsports Caravan at dinner at the Green Turtle in Aberdeen, MD (Will Turner holding clear beer bottle in center).  The Frozen Grey driver is in the black cap.  In the background to the right you can see Tom (dark blue shirt), Steve52 (back to camera) and Tom's son Brian (white tshirt) at another table on the patio. 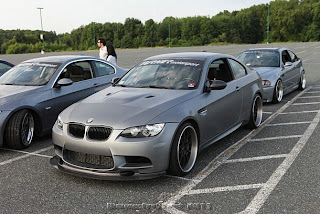 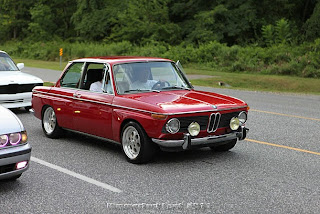 Charbel's widebody 2002 in entrance line, driven by his brother. 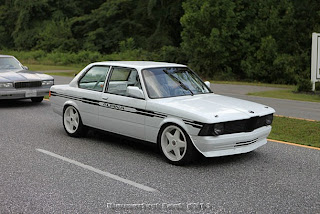 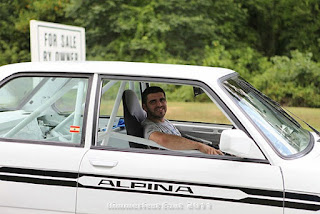 Charbel, the one and only. 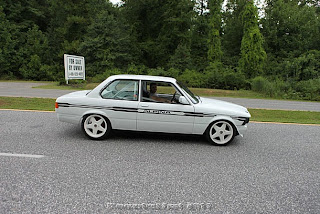 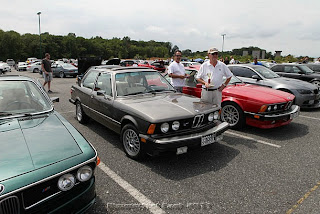 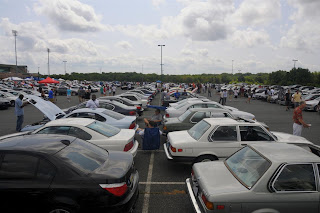 E21 legion at Bimmerfest.  bcalis in foreground, steve52 in white next to his white E21; jeffm3's e21 next to that. 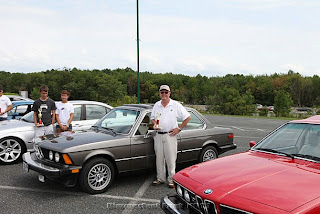 Mike and Penny took a prize with their E21. 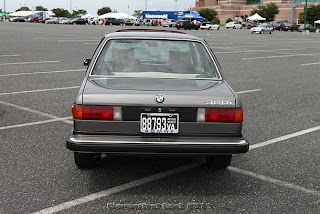 Another view of the prize-winning E21. 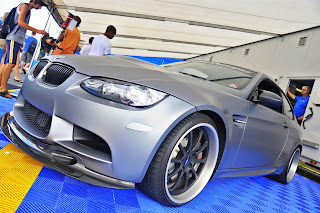