The First Baur: A Restoration Project Pictorial, Part I

We have a special treat for you today, since you have all been so well-behaved..... ;)

You may recall that we have had pictures of the very first Baur in here before, courtesy of the Italian E21 Fans Club (link in sidebar, check it out!) from some pics of a show in Essen, Germany in 2008, I believe. Today I have lots more pics of the same Baur #000001, from a forum in Belgium I believe. You aren't going to believe this. This is only the first installment of what will be a three or even four part series.  Enjoy!

Yes, there is a great pic of BOTH of them together!  That pic will appear in a subsequent post here. 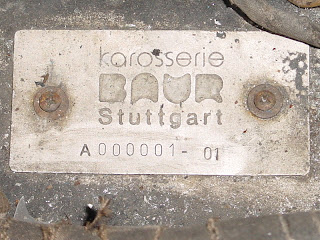 This is the Baur plate number for the Baur you will see pictured below.  Numero Uno! 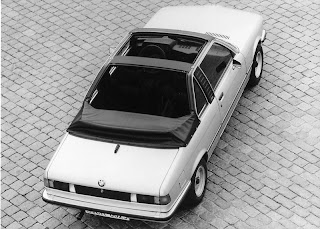 When BMW and Baur first introduced the BMW Baur Top Cabriolet, they published some photographs of the new model. this photograph is from March 13, 1976.  Notice the antenna base on the trunk lid. 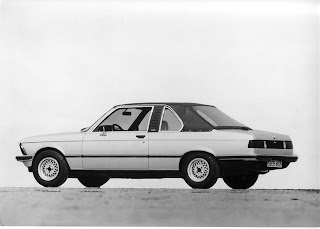 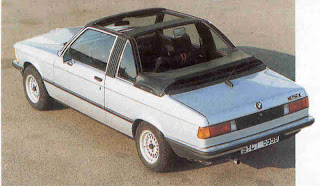 This was another press release photo, actually taken earlier, when the car was still in the development phase. The interior was later changed, as was the badging on the rear trunk.  Notice also the design pattern of vertical stripes on the roll bar pillar.  In the final version the design pattern on the roll bar is horizontal.  Note the same antenna base on the trunk lid. 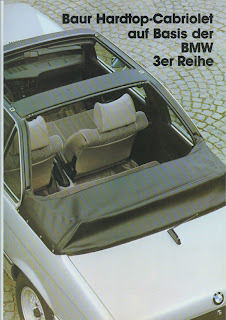 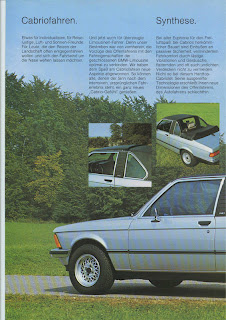 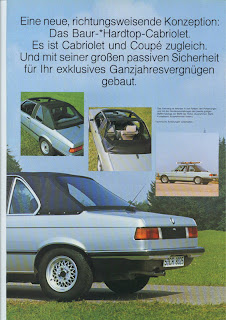 This was another press release introducing the new Baur model.  Once again, notice the antenna base on the trunk lid. Baur #000001. 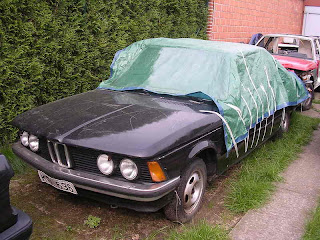 Here is Baur #000001, as the present owner found it many years later.  The color has been changed to blue, it had 289,000 km on it, and the engine was missing.
Stay tuned for:  Part II,
The First Baur: A Restoration Project Pictorial, coming soon! Andreas begins restoring Baur #000001, with lots of pics.
Here is a link to our earlier post about the first and last Baurs:
http://baurspotting.blogspot.com/2011/07/alpha-and-omega-first-and-last-baurs.html