This is a local show that I try to attend whenever I can:   great beach venue, sponsored by a local radio station and, as the weather gets warmer..... an increasingly interesting turnout of both cars and spectators.  Monday nights, free admission to the beach.... and this past Monday the weather was perfect! Come on down!

The Baurspotting Baur has even won a trophy this year!   ;) 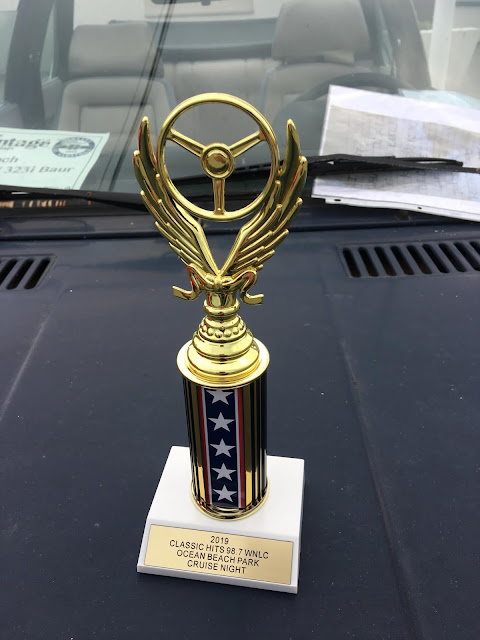 But more on the Car Cruise later.  Something very special occurred last Monday night at Ocean Beach that bears telling.

Worlds Collide Department:   Sometimes my interests overlap, and in this case, it was my interest in cars and my interest in local history that made the the Ocean Beach Cruise last Monday night a very special occasion indeed:  introducing Mr. Spencer Lancaster! 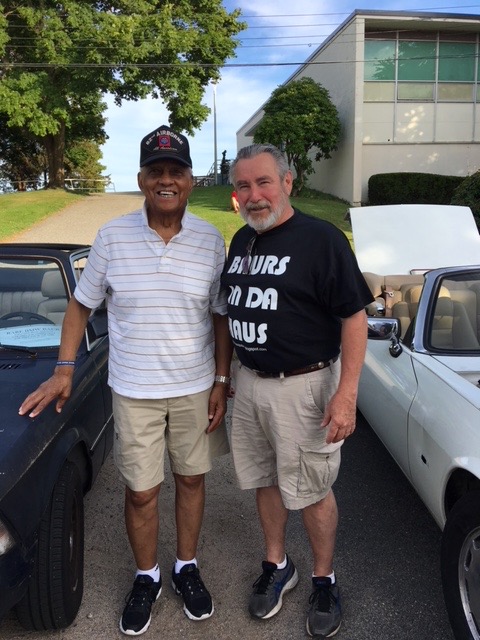 At 91 years old, Mr. Lancaster is not only a legend in New London Car Circles (he ran Linder Motors in New London for almost 50 years!), but last February I had the distinct privilege of sharing the stage with him for a special Community Conversation panel discussion and presentation at the Groton Library on "The Negro Motorist Green Book" sites in New London, Connecticut.  I presented a slide show on the 10 Green Book sites in New London, and Mr. Lancaster shared his very poignant experiences of living in Jim Crow America. I had discovered that he had actually lived at one of the 10 sites listed in The Green Book, and he was personally familiar with ---and related to! ---- some of the folks who operated those 'Tourist Homes'.   He is not only a Living Legend, but he is also Living History! I was very honored that he graciously agreed to have a photo taken with me, and with my car (at left).  Photo taken by his daughter, Gilda.

Here are some photos of our first memorable meeting last February at that panel discussion in Groton. 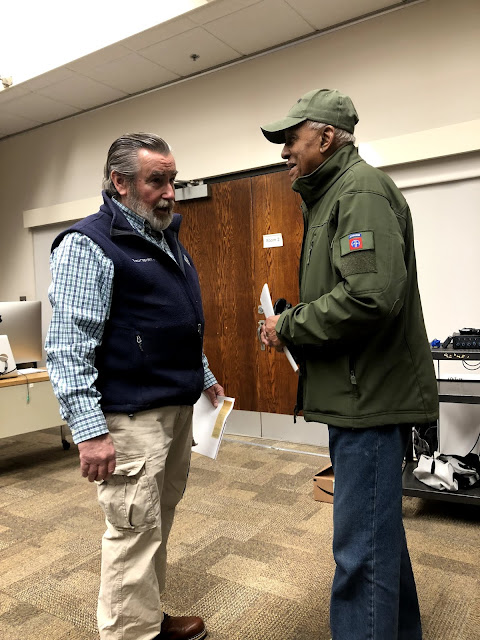 In my hand I am holding a piece of paper that has Mr. Lancaster's name, address and phone number from the mid-1950s, showing that he lived in one of the Green Book sites that is included in my slide show presentation.  And....  he still has the same phone number!  ;) 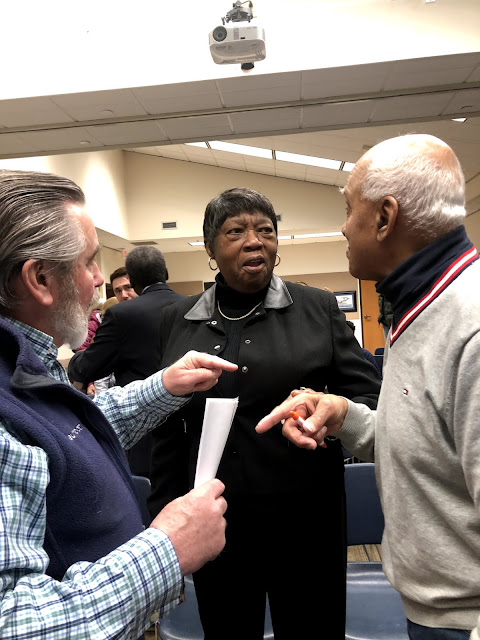 Mr. Lancaster and I explaining to Rev. Florence Clarke the extraordinary coincidence that we discovered that night. 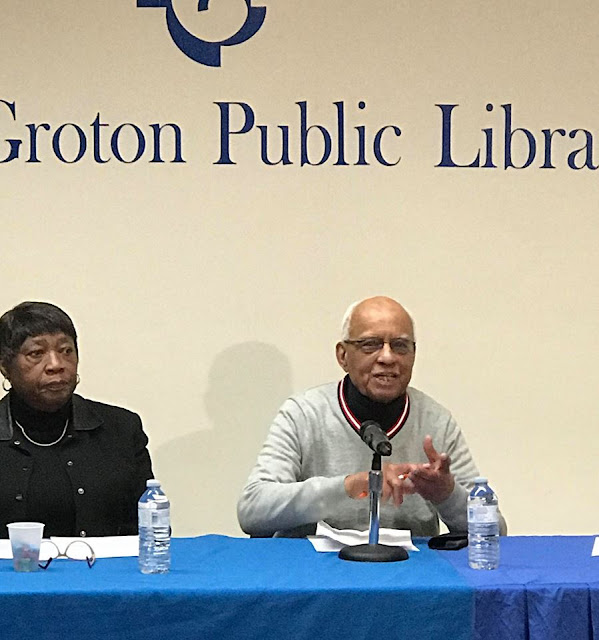 Mr. Lancaster and Rev. Clarke during the panel discussion.

So it was a real pleasure to see you again, Mr. Lancaster, and I look forward to seeing you again soon!

You can view the "Green Book In New England', a Community Conversation on the Groton Library Municipal TV Channel at this link:
https://www.youtube.com/watch?v=2qsJW2zT9_k&list=PLp4s6RQGCh5RK5XOzUqsjpeInM2VJBGCy&index=3

And, btw,  if you are reading this as a member of the New London History, Memories and More Facebook page, there were several other page members in attendance at Ocean Beach Cruise Night last Monday:  Stan Solinsky, Mark Lipman and Gina Debona Carter!