Due to an oil pressure light problem in the Baur, (which developed as I was enroute at 6:30am Sunday) I was unable to make it to Lime Rock Park for "Sunday in the Park", the Gathering of the Marques.  I can't express how disappointed I was, but I decided that it would be foolish to chance an oil problem while traveling 100 miles from home.

In addition to missing out on the above, I also missed to chance to see all the folks there for the Annual '02 Fest.  This event on Labor Day Weekend coincides with the Lime Rock Historics Races, featuring vintage races onThursday, Friday, Saturday and Monday.

But the biggest disappointment of all, for me, was to miss out on this: 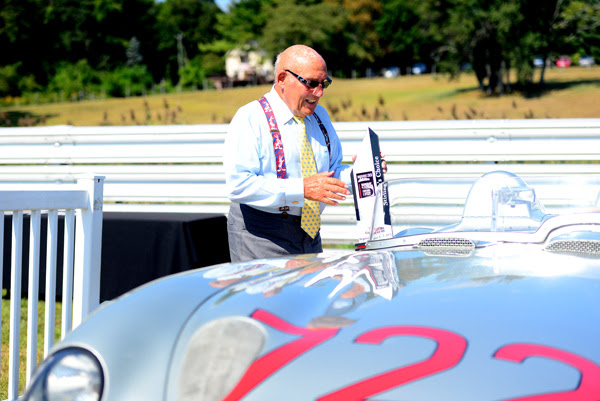 "Sir Stirling Moss' favorite car at Sunday in the Park? The 300 SLR he and Denis Jenkinson drove to victory in the 1955 Mille Miglia (Photo by Greg Clark/Lime Rock Park)"

I missed out on the opportunity to see one of my all-time heroes, Sir Stirling Moss, reunited with the famous Mercedes 722, the 300SLR which he drove, with his navigator, legendary automotive journalist Denis Jenkinson, to a fantastic win in the 1955 Mille Miglia.   "Jenks' account of that race stands, in my opinion, as the greatest piece of automotive journalism ever written!

My plan for the day was to find a way to unite the three of them (Moss, Jenks and the 722) together once again.  In the pic above you can see two of the three:  Moss and the 722.   Jenks has long since passed away, so how could I possibly reunite all three, you might ask? 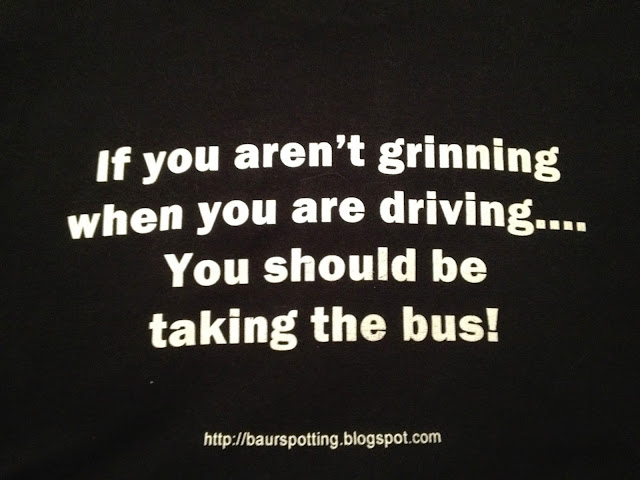 This is the reverse of the Baurspotting t-shirt that I was wearing for the event.  That quote is from none other than Denis 'Jenks" Jenkinson, Sir Moss's navigator on that historic day back in 1955. 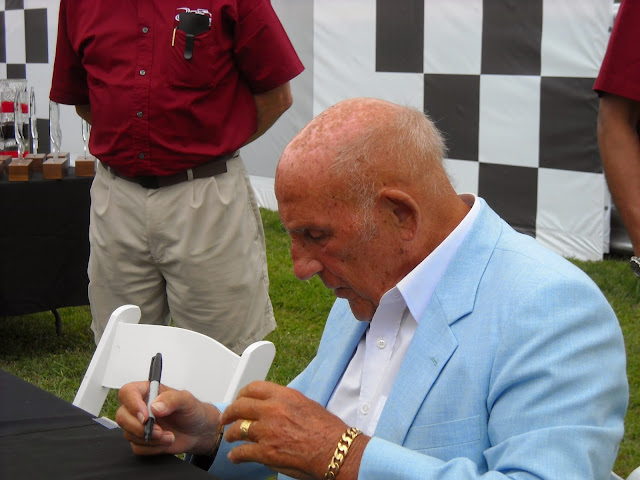 This is a pic of Sir Moss signing that t-shirt a year ago at Lime Rock, at this same event on Labor Day weekend.  He got a chuckle out of the quote, when I told him it was from "Jenks'. 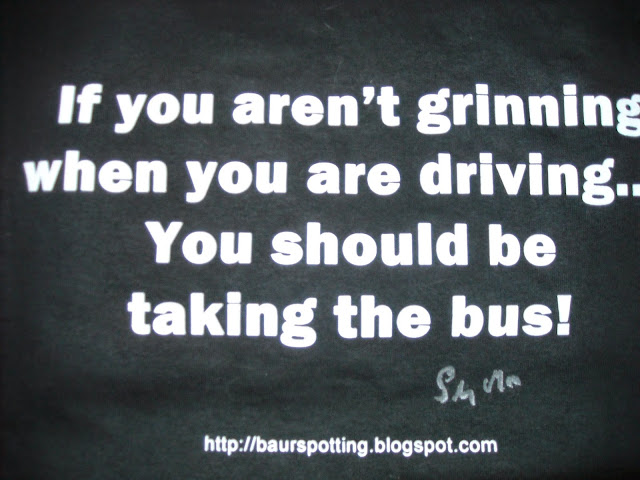 Here is the autographed t-shirt, with Sir Moss' signature at the lower right.

So my plan was to get a pic of Sir Moss and I next to the Mercedes 722.  I would have my back to the camera, invoking the spirit of Jenks with his quote showing on the back of the shirt
(above).

I frankly don't know if I could have pulled it off, but I was gonna give it a shot.  But, alas, it was not meant to be.  The oil pressure light on the Baur at highway speeds prevented me from making the 100 mile trek to the event.   I may never have the chance again.

And by the way, in case you don't know much about Denis Jenkinson.... here are a couple of pics, that show his spirit.

The first three pics show Moss and Jenks in the 1955 Mille Miglia, and after they finished.  The '722', incidentally, was assigned because that was their starting time in the race:  7:22am. 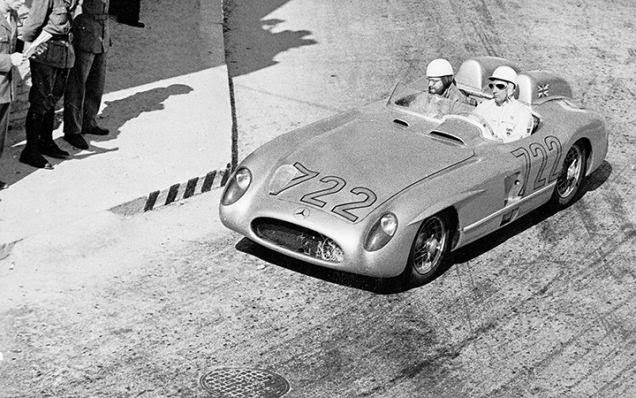 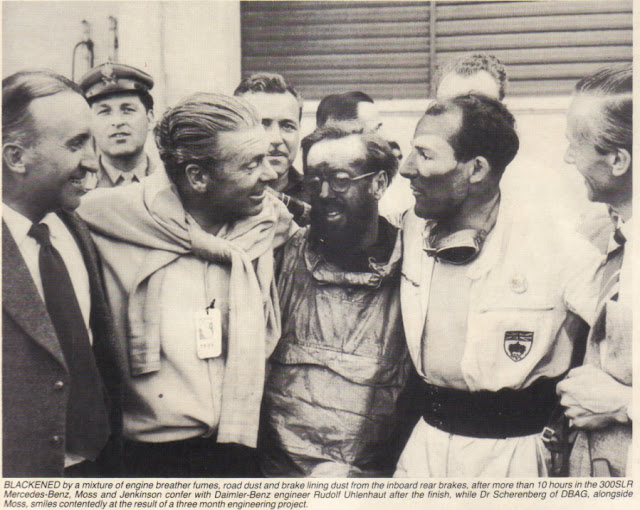 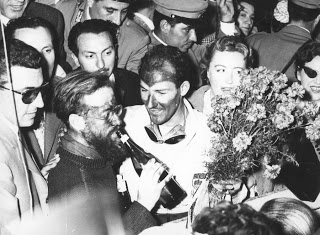 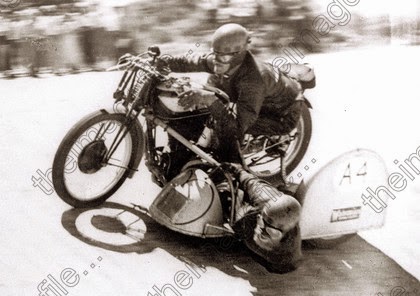 My favorite pic of Denis 'Jenks' Jenkinson!  You won't find THIS guy 'taking the bus'!

Oh, well, so this was not 'in the cards' for me this time.

("The best-laid plans of mice and men

Perhaps I will have another, better

opportunity in the future!  ;)