Thanks to the efforts of Baurspotter of the Week Dumbclub of E21 bimmerforums, we have now learned that the dealer plate on the Baur was issued to:
Autobahn Specialists Inc
1607 U.S. 70 Hickory, NC 28602


Anyone know these guys?

Baurspotting couldn't do this work without the generous help of guys like you, and many more Baurspotters out there!   Thank you again!   Baurspotting is ON THE CASE, and with this kind of help.... we will find this Baur! 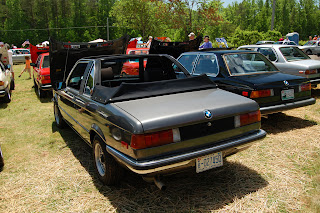 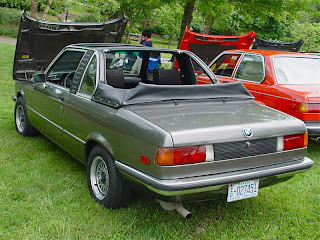 2009 Vintage at the Vineyards.  Pic by dumbclub. 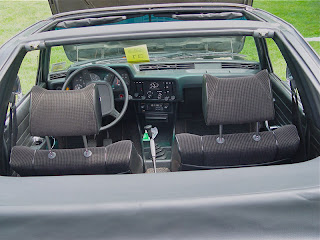 2009 Vintage at the Vineyards.  Pic by dumbclub.
8/8/2013
We came across some pics from the Vintage at the Vineyards 2008 today in a thread in 2002FAQ.  I believe the pics are from jgerock.  We can identify one of the two Baurs in the pictures, the one that belongs to Bruce H (Kastienrot).  The question is who owns the dark Baur?  It appears we may have another pic of an unidentified Baur at a different Vintage show, but it is not clear if it is the same car.  (See below for that pic.) 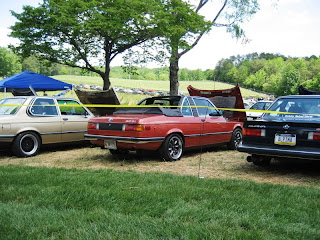 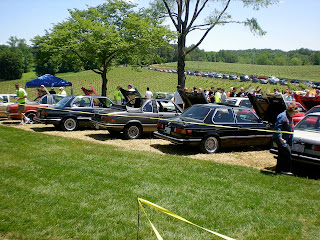 The second Baur is visible to the right of Bruce's car.
Pic from Bruce H. 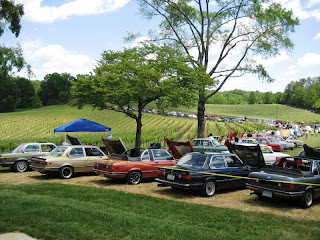 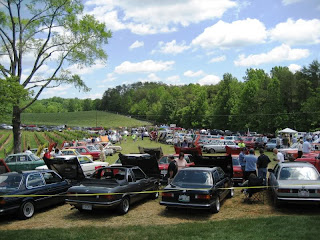 The Mystery Baur, second from left.  Do you know this Baur?  Comments welcome! 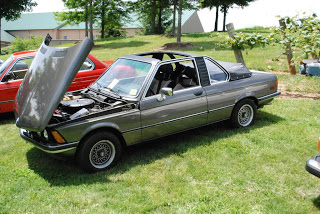 Here is another pic of a Baur taken at a different Vintage at the Vineyards (not sure which one).  Pic by bam2002.  Could this be the same Mystery Baur shown above?

Any help in identifying this Baur is greatly appreciated, and will be publicly acknowledged here in Baurspotting.

Could it be this famous lost Baur? 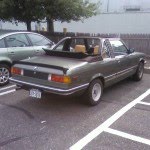 Eliminate the trunk spoiler... and those brown seat covers.... hmmmm.  This is the famous Merrick LI NY missing Baur.  If only we had a shot of the front grill of the Baur at the Vintage! 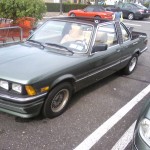 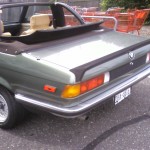 UPDATE 8/9/2013:
Thanks to the alert eye of BMWonly in E21 bimmerforums, I think we can eliminate the possibility that the car at the Vintage is the elusive Merrick Baur with the square headlights.  He points out the placement of the rear side markers and the absence of front side markers on the Vintage Baur. They do not match the Merrick Baur.  Although it is possible, it is rather unlikely that anyone would have changed those. 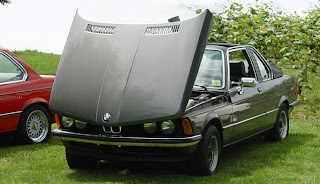 And thanks to dumbclub for this definitive frontal pic, confirming that it is not the Merrick Baur.  No square headlights.  Thank you, dumbclub!
UPDATE from Sully32 8/9/2013:
He did not get to meet the owner of this Baur at either Vintage 2008 or 2009, so he is unable to help in that department.  However he has generously shared some of his pics of the Baur from those events!  Thank you, Sully32! 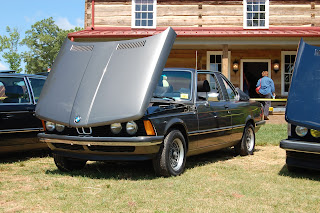 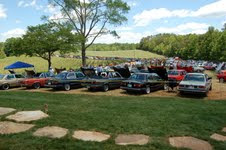 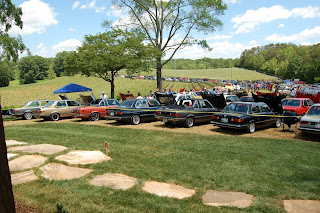 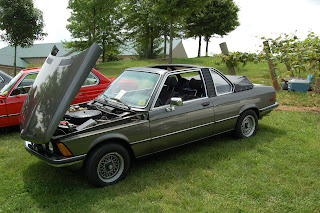 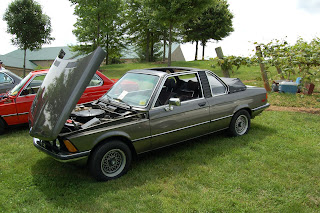 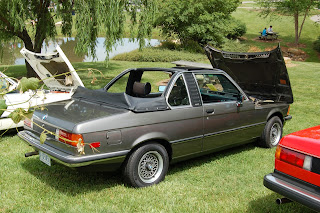 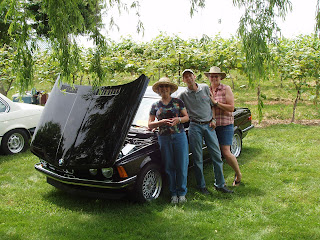 Credit to the photographer, Sully32.  Here he is with his wife, step mom and his Black E21 at V@V.  Thanks again Sully32!