Our thanks to 'ndog' in 2002FAQ for posting the link to this video! 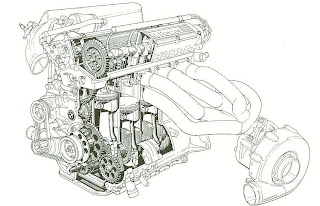 According to the video, back in the '80's BMW used the M10 blocks from road cars that already had logged 100,000km for their Formula 1 turbocharged race cars (known as BMW M12/13 turbo 1500 cc 4-cylinder turbocharged Formula One engine).

They also reportedly subjected the blocks to some unusual .... err ... weathering techniques.  This included leaving the blocks outside the factory in all sorts of weather, where they also supposedly served as .... well.... improvised urinals for the factory workers.  Yes, that's right.... Vitamin Pee! 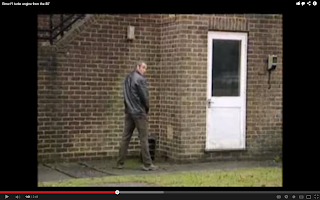 You will note the M10 block on the ground before him.

This technique paid off:  BMW was reportedly able to develop 1300hp+ out of that little four-banger M10!  Nelson Piquet drove one example to the F1 world championship in 1983.   And I suppose it is just an interesting coincidence that, considering the 'weathering techniques' noted above, that the driver should be named.... Piquet (pronounced Pee-Kay)!

N.B. Baurspotting does NOT endorse or recommend using the 'weathering techniques' described above.  If you want to try it, you do so at your own risk.

But, since we are known to have a rather sophomoric sense of humor at times.... we do think it is kind of funny.  ;)

Some pics of the M10 based M12:
http://www.gurneyflap.com/bmwturbof1engine.html

Ok, here is an added treat!