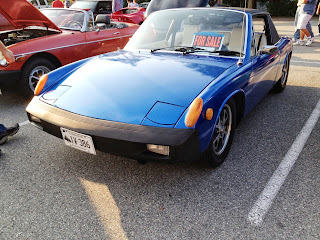 But that is not why I have posted it here tonight.  :) 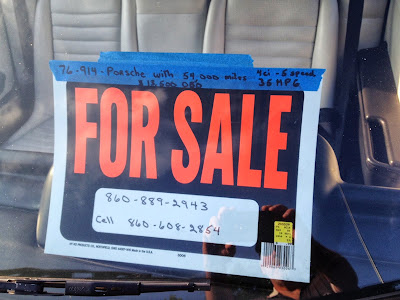 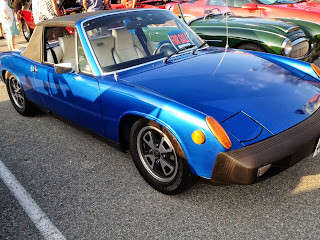 The reason I posted it here is best seen in this pic, of the three.  You will notice that the roof of the car is a different color than the body color.  That is because that roof is NOT part of the body proper, but rather is detachable from that body.  Porsche calls this roof the "Targa", which is Italian for 'plate", apparently.

And here is the point, :  after Porsche named their detachable roof "Targa", they made sure no one else would be able to call THEIR detachable roof by that name.  They COPYRIGHTED  the word "targa".... which means that they basically now own it.

And this, Gentle Readers, is the reason why BMW (or rather BMW's attorneys!) decided to use the Romantic-sounding alternative term "Top Cabriolet" for their detachable roof in the BMW Baurs.

You have to hand it to those clever folks over at Porsche.  They beat everyone to the punch on that word., and it was a great coup!  And Porsche is known to jealously and aggressively guard their copyrighted material.  So, if this post should suddenly disappear from this blog.... you will know why!  :)

To paraphrase Shakespeare..... A Targa by any other name would still .... work as well..... but it is a damn mouthful!