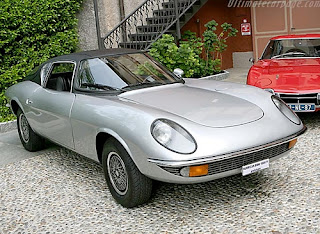 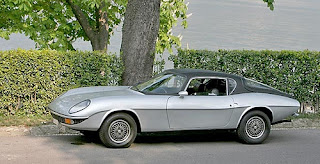 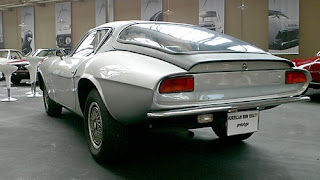 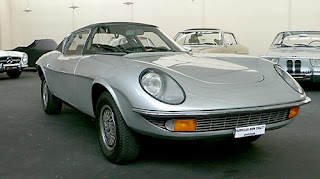 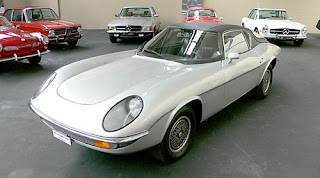 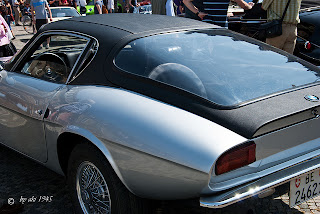 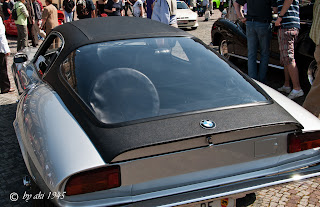 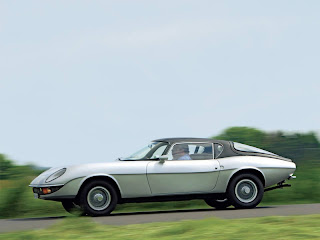 Stumbled across this in the BMW CCA CT Valley Chapter home page.
Check it out on the sidebar:  http://www.ctvalley.org/

Thanks to whoever posted it... there is no credit given there.

Here is the story, very clumsily translated by Google.  You have to literally read between the lines.  :)


For decades, a prototype called Hurrican a stir, most recently in the park of Villa d'Este 2007.Where this mysterious sports car come from? What is the secret of his quirky elegance?MotorKlassik to test drive and search for clues in the futuristic coupe.
A great entertainment value already characterized the parked hurricaneoff. Its unique shape is the perfect proof of the thesis that discuss perk about beauty and can even argue about. The unknown Hurrican polarized aesthetes, and that makes it exciting.
The proportions, but the overhangs are not too long, you should better not shorten the wheelbase by four inches? And then the windscreen: much too convex, almost like a round pulpit in the Porsche 917 It actually comes from the Ferrari 250 LM - no matter, also a Le Mans winner. The driver sits too far forward, because this looks like? Cab-forward design annum in 1964.
Masterpiece of Student's
Thomas Janzen, his present owner, like the hurricane with his little stylistic weaknesses.He is surprisingly well done, for the masterpiece of a group of students at Palatine Master School for body and vehicle in Kaiserslautern. Still, he wants to sell the fabled single piece. Thus about 55,000 euros he imagines, the car is not running 3000 km.Janzen likes it rather inconspicuous, the Hurricane is a crowd puller with tremendous suction effect: "People talk a car to anywhere on this unusual - in the supermarket car park, at the gas station, in front of the restaurant, which is sometimes annoying."
Janzen, 40, is with the classics. "German sports and touring car" is written on his business card. He loves understatement and discretion of a Mercedes-Benz 300 SEL 6.3 or a BMW 3.0 CS. The hurricane is a sore, which is noticeable everywhere, even though he is black and silver, almost only consists of shades of gray.
But against this surrealistic form neutral white is itself powerless. "Frua designed it could have," says Janzen stated, "who created characterful cars with corners and edges, loved strange details. Unlike Pininfarina with its smooth, but also highly aesthetic sculptures."Four years after the hurricane recorded in 1968 Frua actually a special body to BMW 2000 ti-base, brought the 2000 GT at the same time as small Monteverdi 2000 GTI out, of course, without BMW kidney in the gently folded front.
But it was the more delicate GT4 2002 1969 was applause in the executive suite. He almost went into serial production if BMW would not put on a compact shooting brake called Touring and Frua was the Karmann E9 Coupe priced come very close.

Here you will find original Bosch spare parts for your classic cars!

Warning flasher, lights, switches and much more ... more ...
Car Puzzle: Parts of Fiat, Jaguar, Volvo
The hurricane of the Swiss Max Seelaus, Team Leader at said master Palatine School, is the ideal car for a connoisseur quiz. The first question is not particularly difficult: What technical base is beneath the aerodynamically shaped body? With closed hood can be seen on the shift lever.
A BMW 2002 or 2000 must be to the big 2.5-liter six-cylinder would certainly space problems. Finally, the long wheelbase points to the 2000 hurricane foundation. There is even a ti with two carburetors, 120 bhp and thanks to the windschlüpfigen body nearly 200 km / h. Earlier, in its formation in 1964, served as a 1800 TI steely foundation for this idiosyncratic lightweight GT from Kaiserslautern.
The second, more exciting question is: What components of production cars can be seen in the hurricane? So, there are first of all the tail lights of the Fiat 850 Sport Spider, the front turn signals in the bumper come from the Jaguar XJ 6 The lights under the Plexiglas domes originally belong to the Volvo 121 Amazon, and the narrow rear hinged remember a Fiat 2300 S Coupé.
Inside the steering column is typical Jaguar, the five small additional instruments in the leather-covered instrument panel also, they wear the fine Smiths signature. Jaguar toggle switch adorn the spacey control panel located on the headliner. The fine leather bucket seats are on Scheel-measure basis. Seem strange, the two plastic covers on the front fenders of the permanently welded construction. They hide on improvised way access to the spring strut domes of the McPherson front axle.
Sports Combination: Aerodynamic body-class chassis and powerful engine
Thomas Janzen asks for a test drive. Tall people as he did not take it lightly place. The wide-set back A-pillar, a tribute to the dynamic Coke-bottle profile by exploiting the long-wheelbase sedans, makes it difficult to get started. But the driver and passenger enjoy a feeling of space and a comfortable seating position in the hurricane.
It does not take long, then it will be matched by typical hoarse sound of the BMW four-cylinder. The scheme of the five-speed sports transmission with the first bottom left to be practiced briefly - rapidly adjusts the precise shift feel comfortable, it would not be possible without the driving pleasure at BMW. The forward view is from the hurricane of unusual: The glass pulpit dynamic the landscape like a super wide angle lens. The needles of the speedometer and tachometer, both from the BMW 2500 , whizzing up and down happily. Switching speed is still tame warm Mileage 5,000 rpm. Thanks to the two Weber carburettors the picture book, four-cylinder engine responds spontaneously to every tremendously accelerator pedal movement.
No doubt, the playful temperament of light and aerodynamic Hurrican fits perfectly with the high dynamics of the time exemplary chassis. Thanks to the complex IRS, the ride comfort is not neglected. The car itself looks amazing torsional rigidity on rough roads.So no trace of a windy homemade, in which the doors spring open when driving slowly over a curb.
Be significant creator Max Seelaus came from Zurich, he was the guiding spirit of the team project hurricane. It succeeded the then 22-year-olds, the BMW CEO Helmut Werner Bönsch to win for its coupé study which supposedly made his chances of a new attractive niche model without large development costs in return.
Cost pressure: Glas 1700 GT instead of Hurrican
Seelaus related engine, transmission, suspension and underbody of a donated by Bönsch 1800 TI from Munich, made even hopes for a series production, but the Glas 1700 GT allegedly was killing the hurricane project because of the settled quickly ensnare the BMW 1600 GT.
End of 1967 graduate Seelaus finally rest in Kaiserslautern as body and vehicle technicians, the hurricane he took to Switzerland and was the first project. Only in 1975, he completed it with the help of his mentor, Horst Luithardt craft.
The interior was attractive tools and a sophisticated leather upholstery, aluminum sheet held under the modern technology of the BMW 2000 ti collection - with Weber carburetors and a dual-circuit brake system. A vinyl roof and around the dome-shaped tailgate crowns the innovative work of the master. Later, the hurricane was forgotten. A moist habitation continued to mainly upholstery and carpets, the charismatic two-seater sank up to its rediscovery in a sad anonymity.
Other coupes like the Porsche 924 or the Lancia Beta Montecarlo intervened much later that the idea of ​​cheap excitingly styled sports car - with high volume parts off the shelf, garnished with a few technical refinements such as transaxle drive, double-wishbone rear axle or twin cam engine.
BMW, however, devoted himself to the great 850 CSi coupe. The compact sports sedans in 2002 and 323i were self-sufficient. 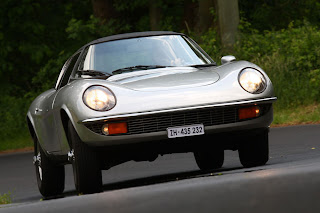 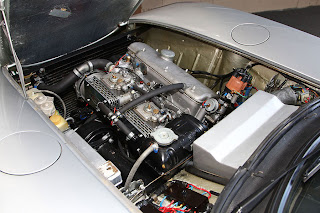 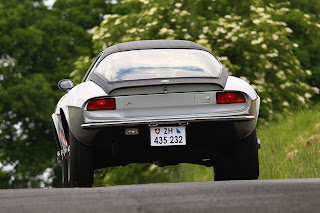 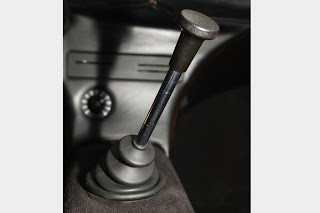 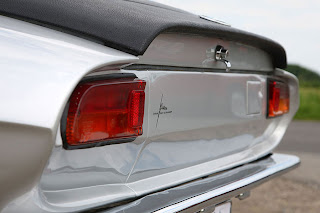 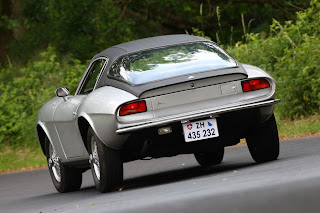 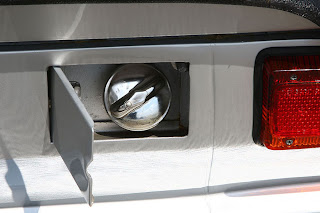 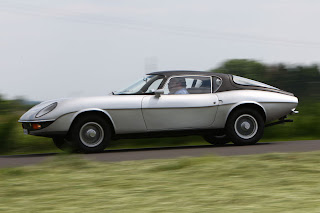 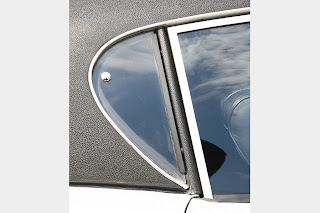 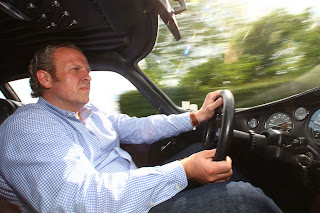 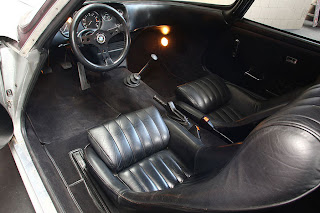 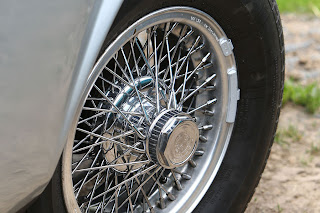 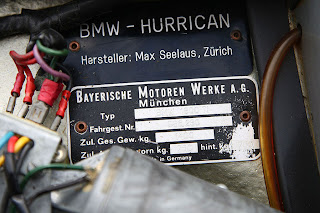