This car is, or was, on display at the Peterson Museum in California. 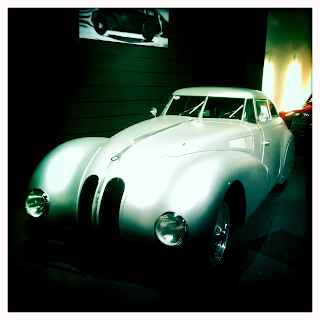 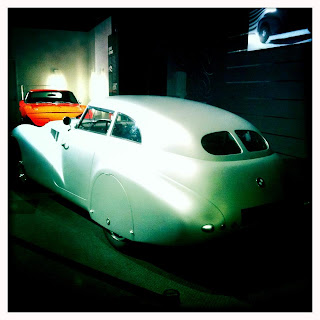 For some reason it was named for aerodynamicist Dr Wunibald Kamm even though it was apparently designed in-house at BMW by Wilhelm Meyerhuber.

According to Jackie Jouret at Bimmer Magazine:
Note: This isn't the original Kamm Coupe (AM1008) built atop a BMW 328 in 1939 but a replica of that car built by BMW Classic in 2008. The original was destroyed in a crash in 1952, but such was the significance of this car to aerodynamic development that BMW built a replica. It's an interesting companion to the Touring-bodied Mille Miglia Coupe, which is prettier but less efficient, with a drag coefficient of just 0.25 against the Touring' coupe's 0.35. (JJ)

Bimmer magazine did a feature on this car in Bimmer #93.  Check that out for more!
Posted by tom82baur at 10:12 PM