Thanks to Fay M. for sending me the link to this Cabrio Targa in Norwich, UK! 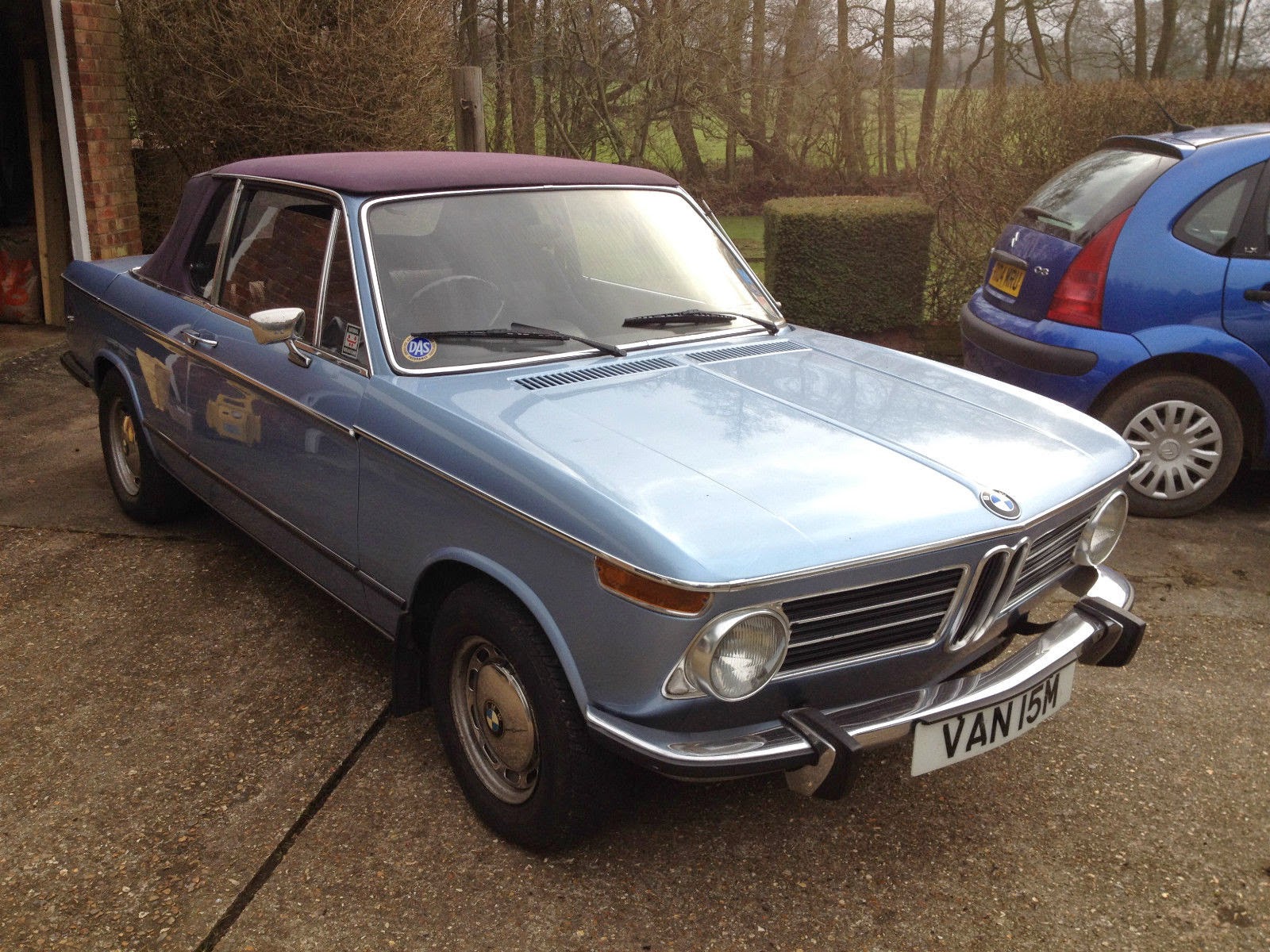 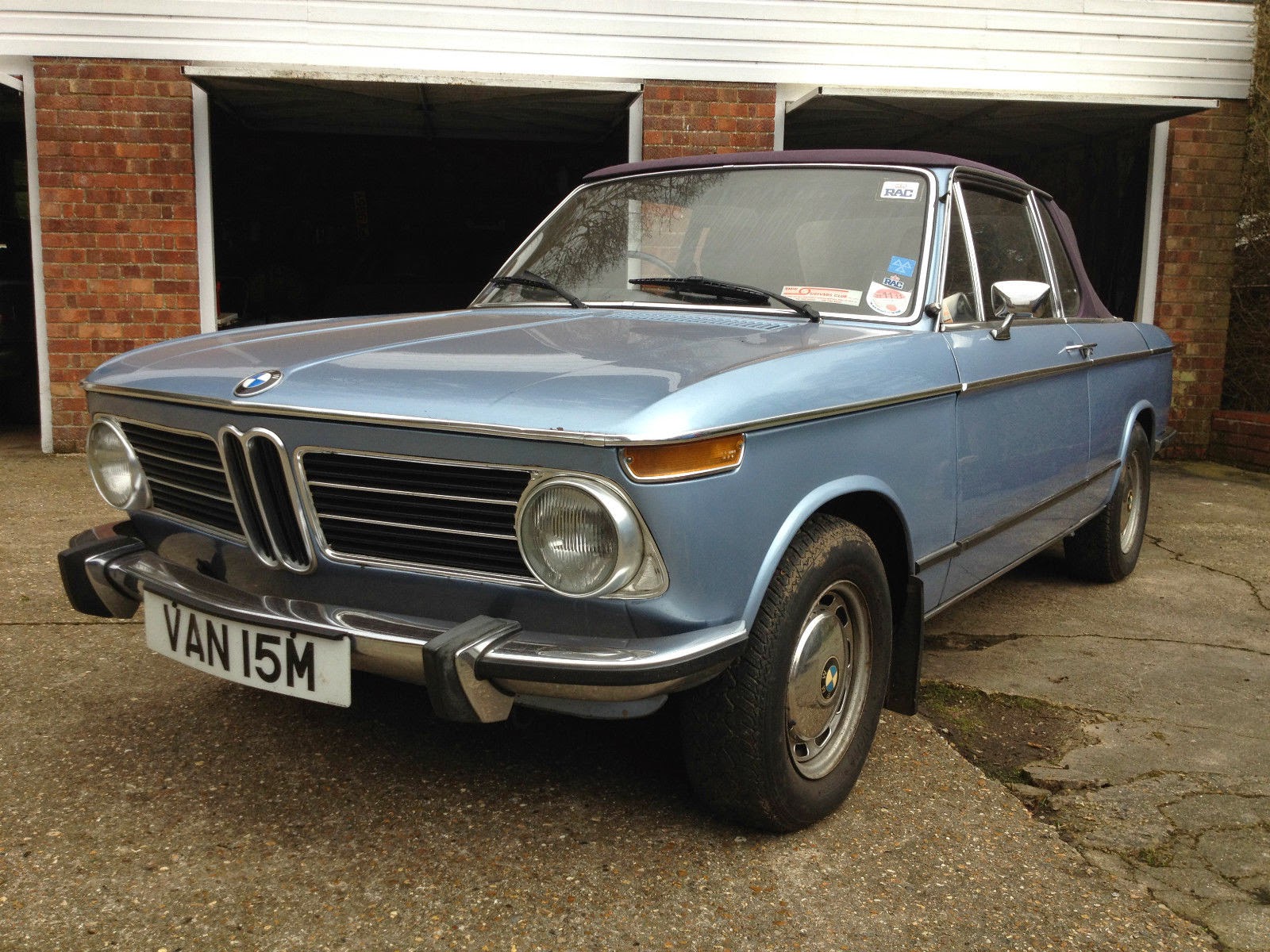 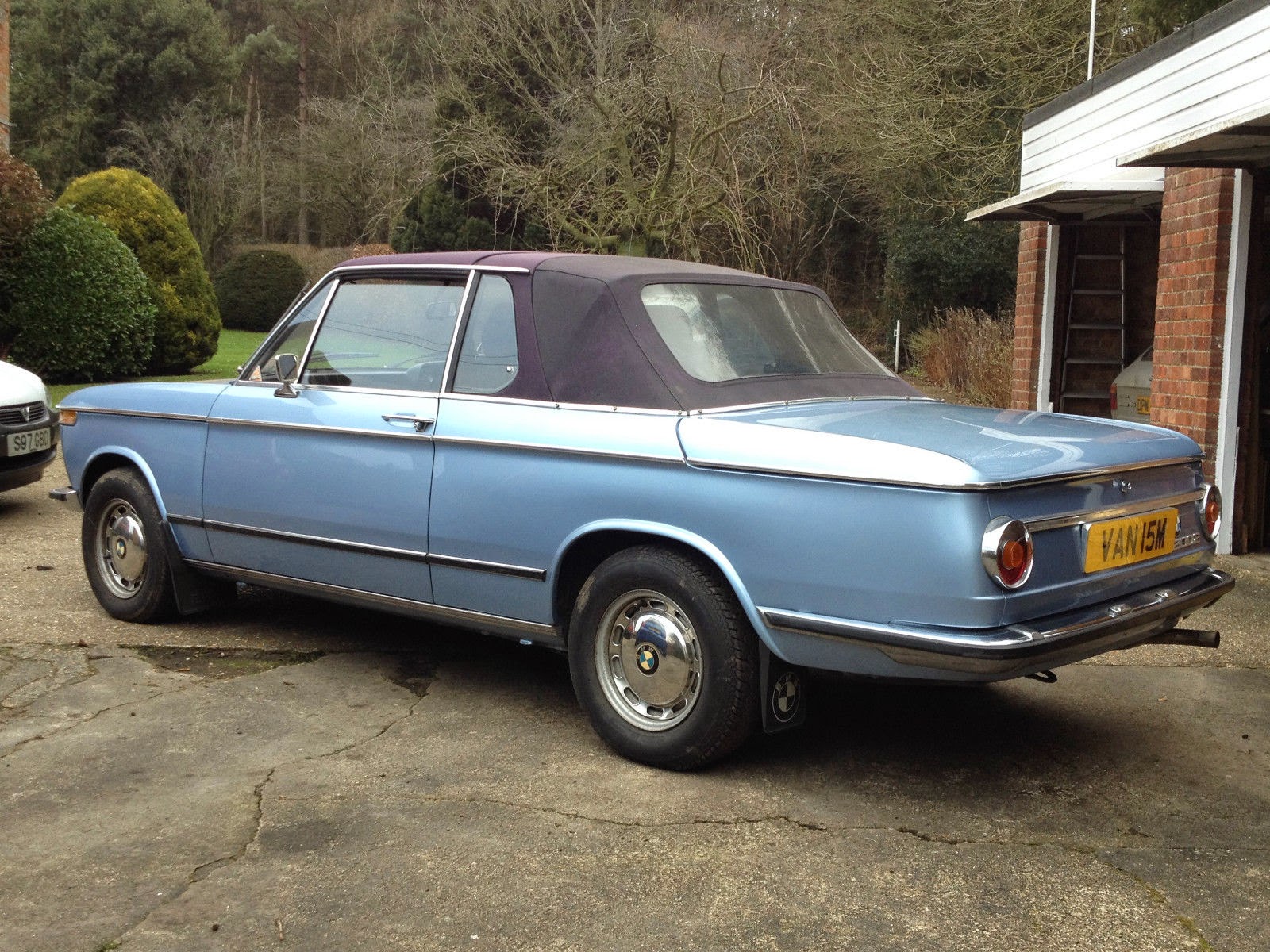 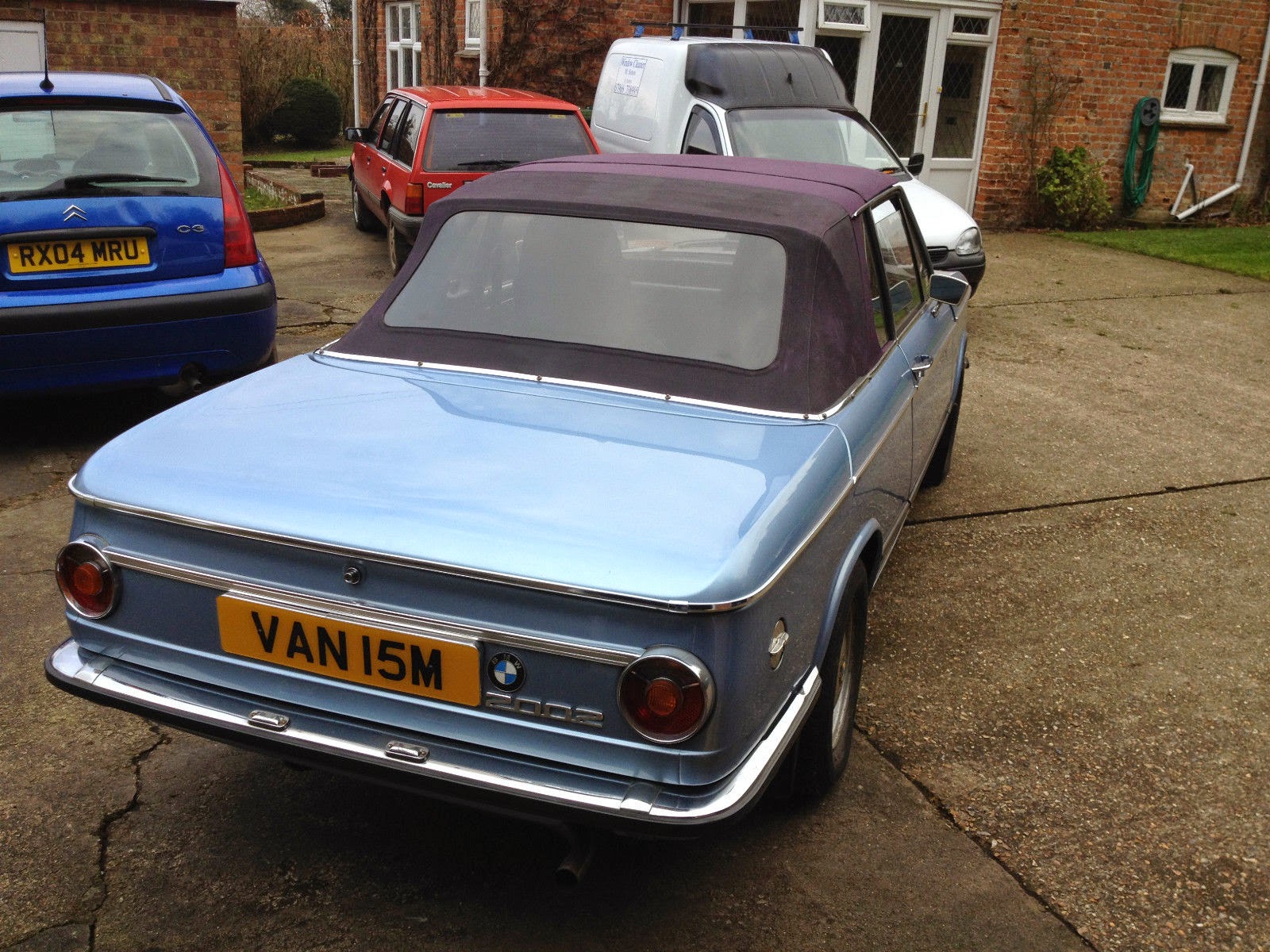 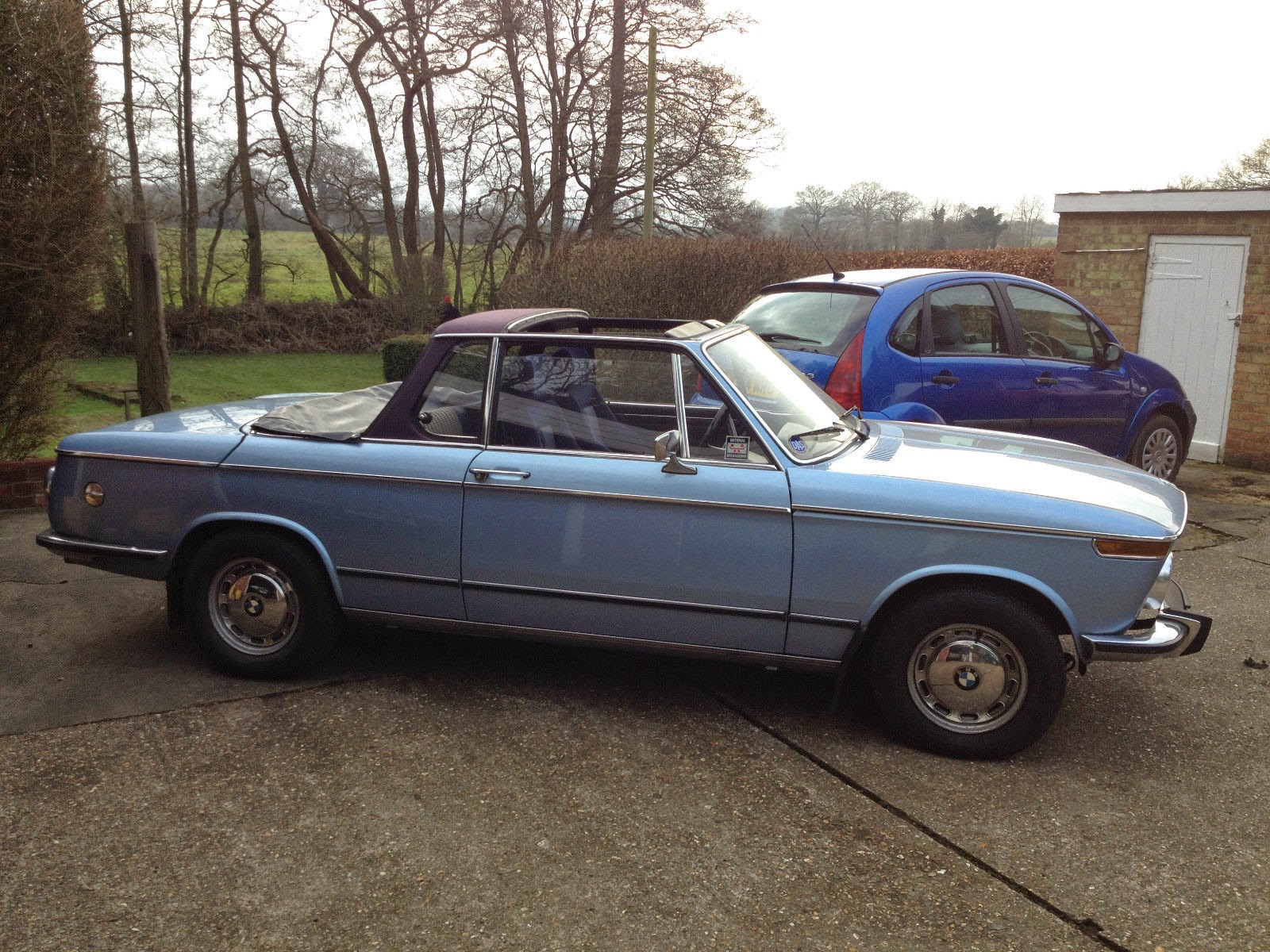 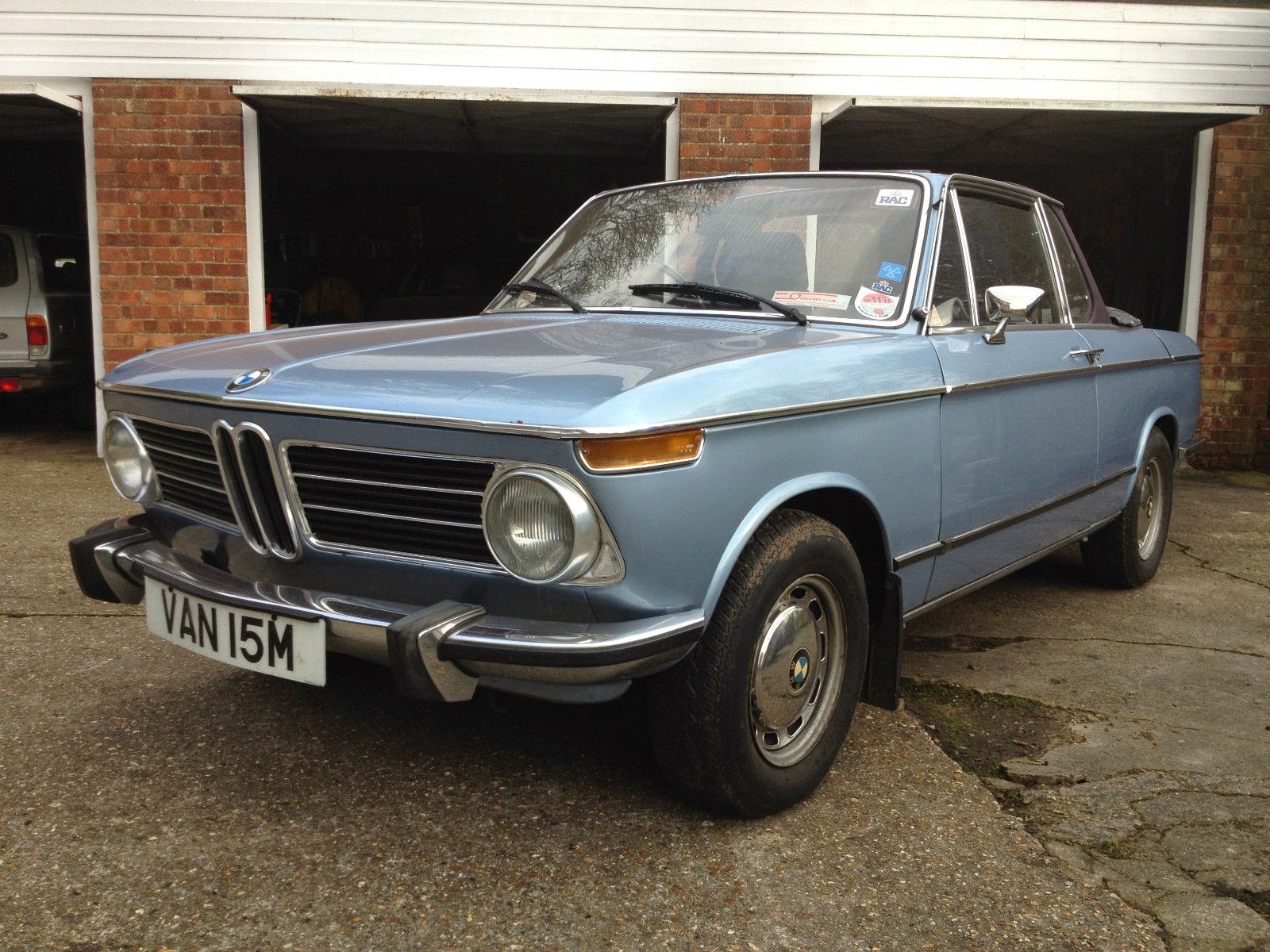 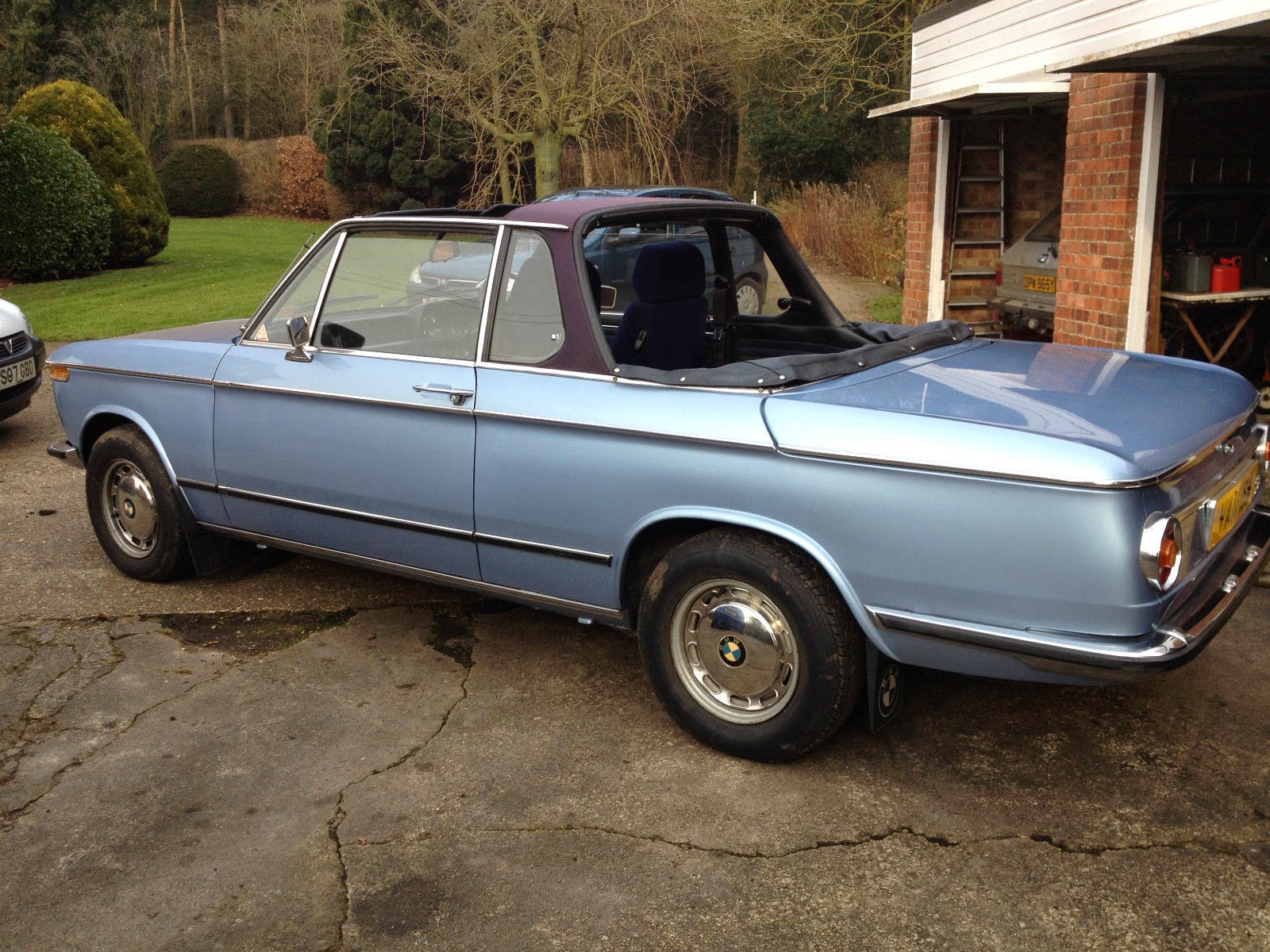 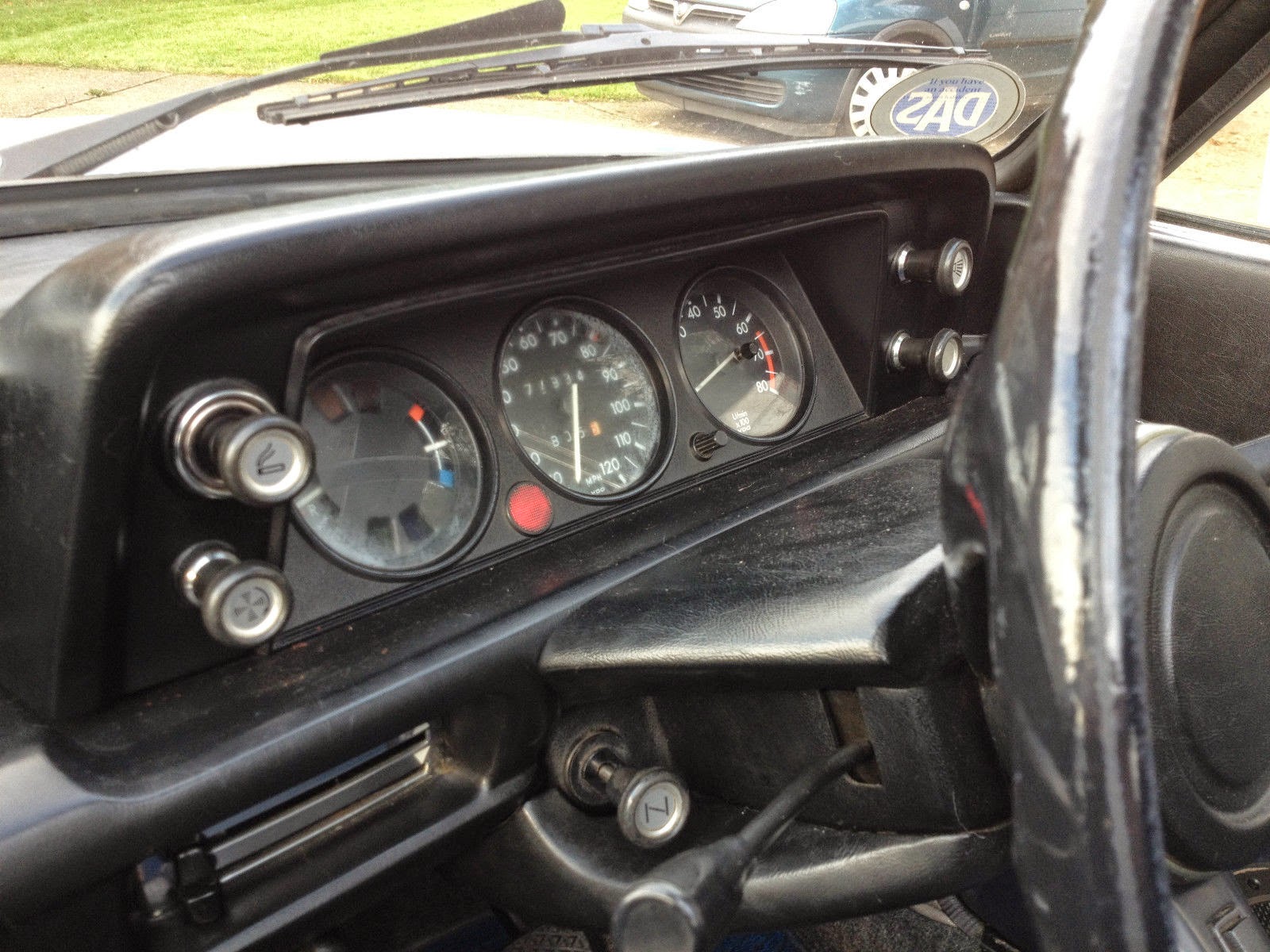 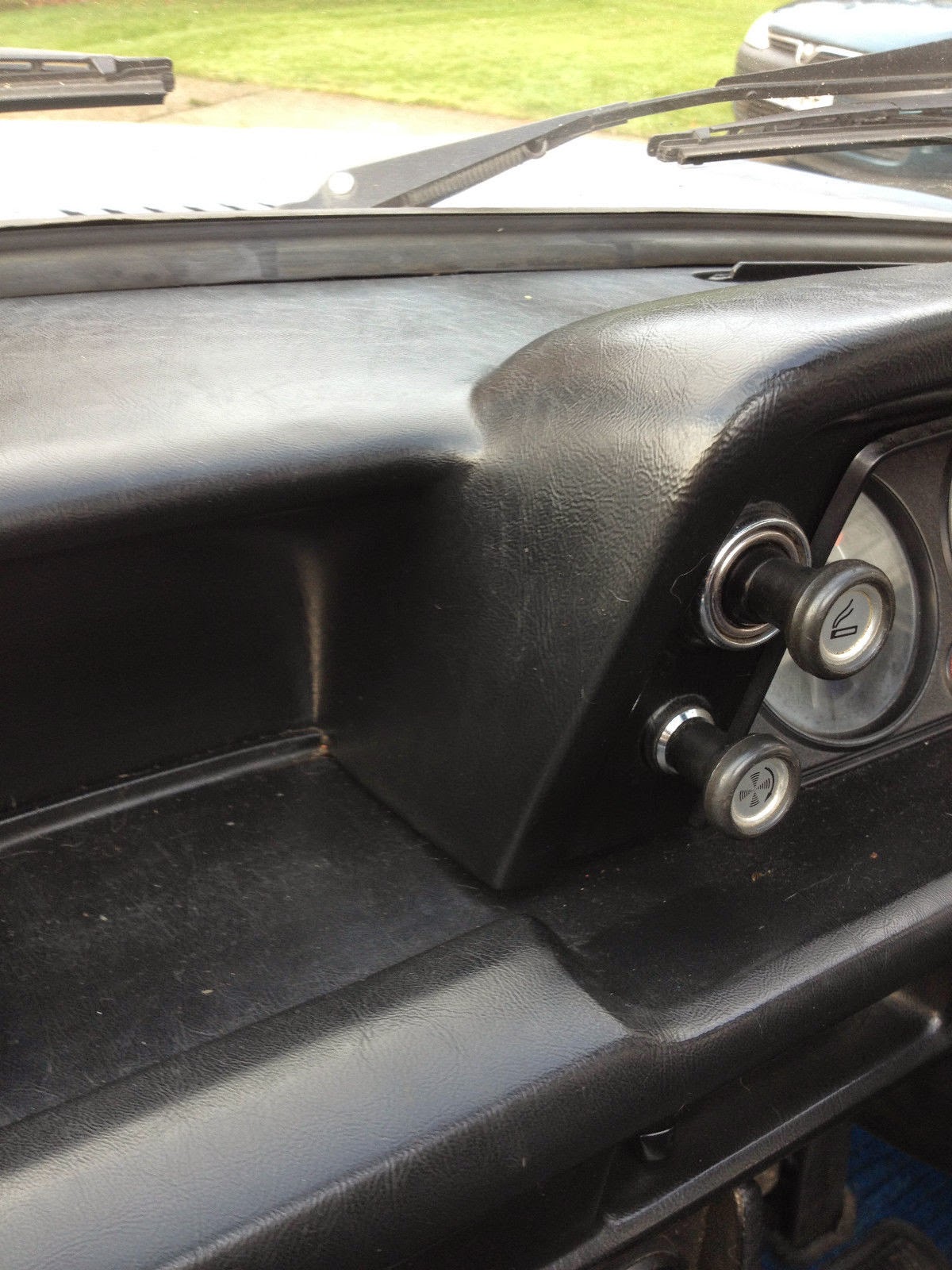 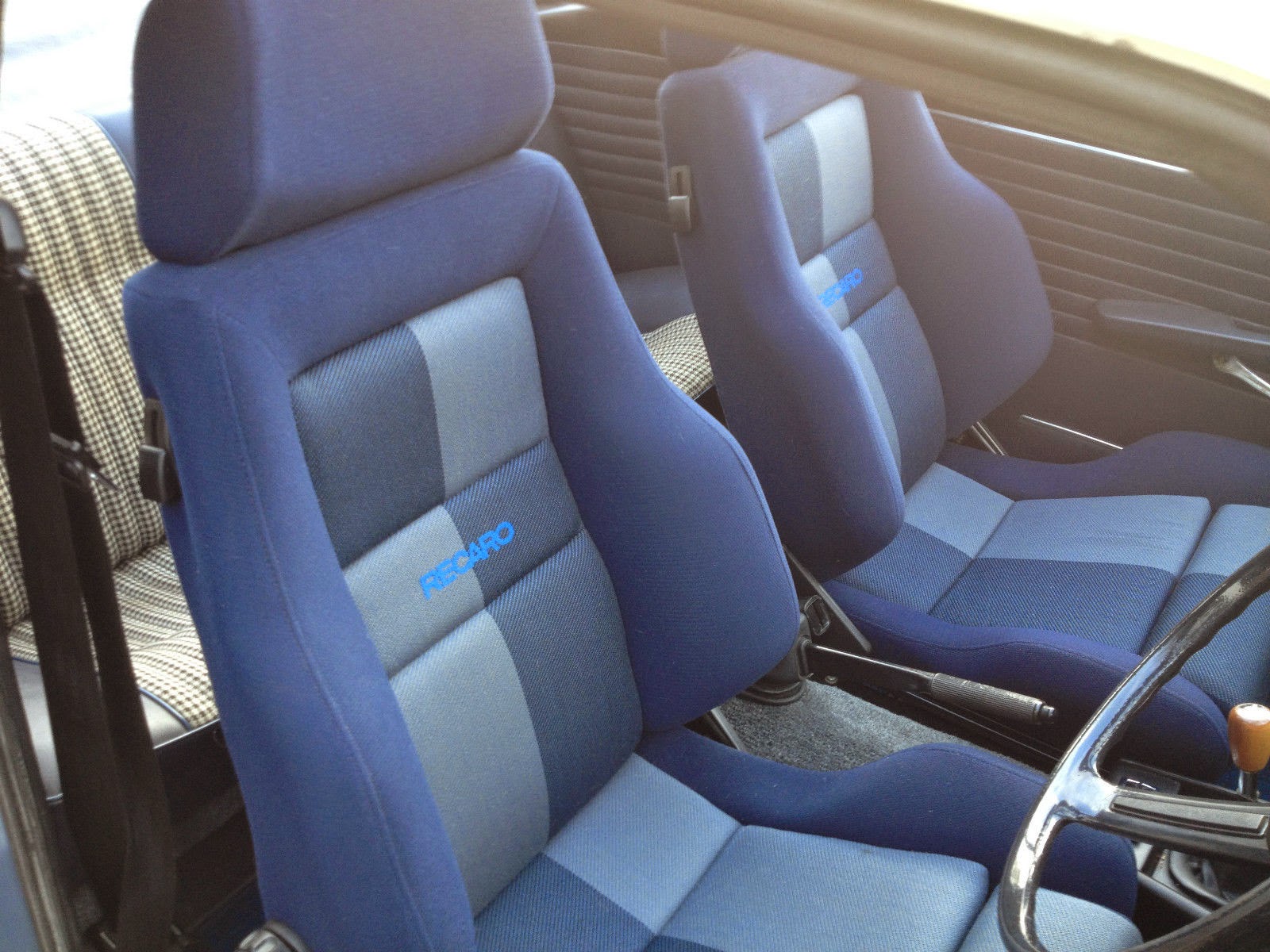 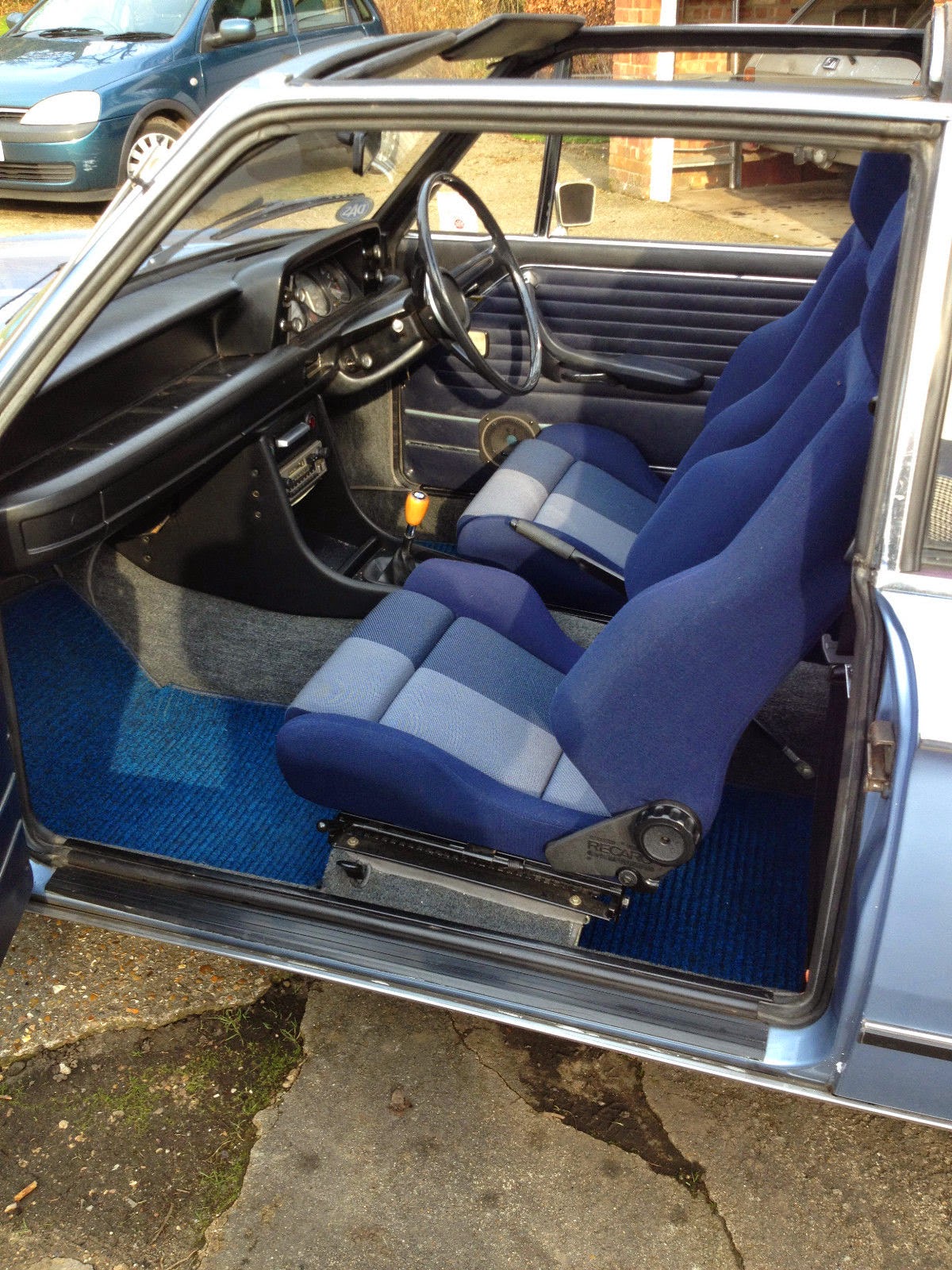 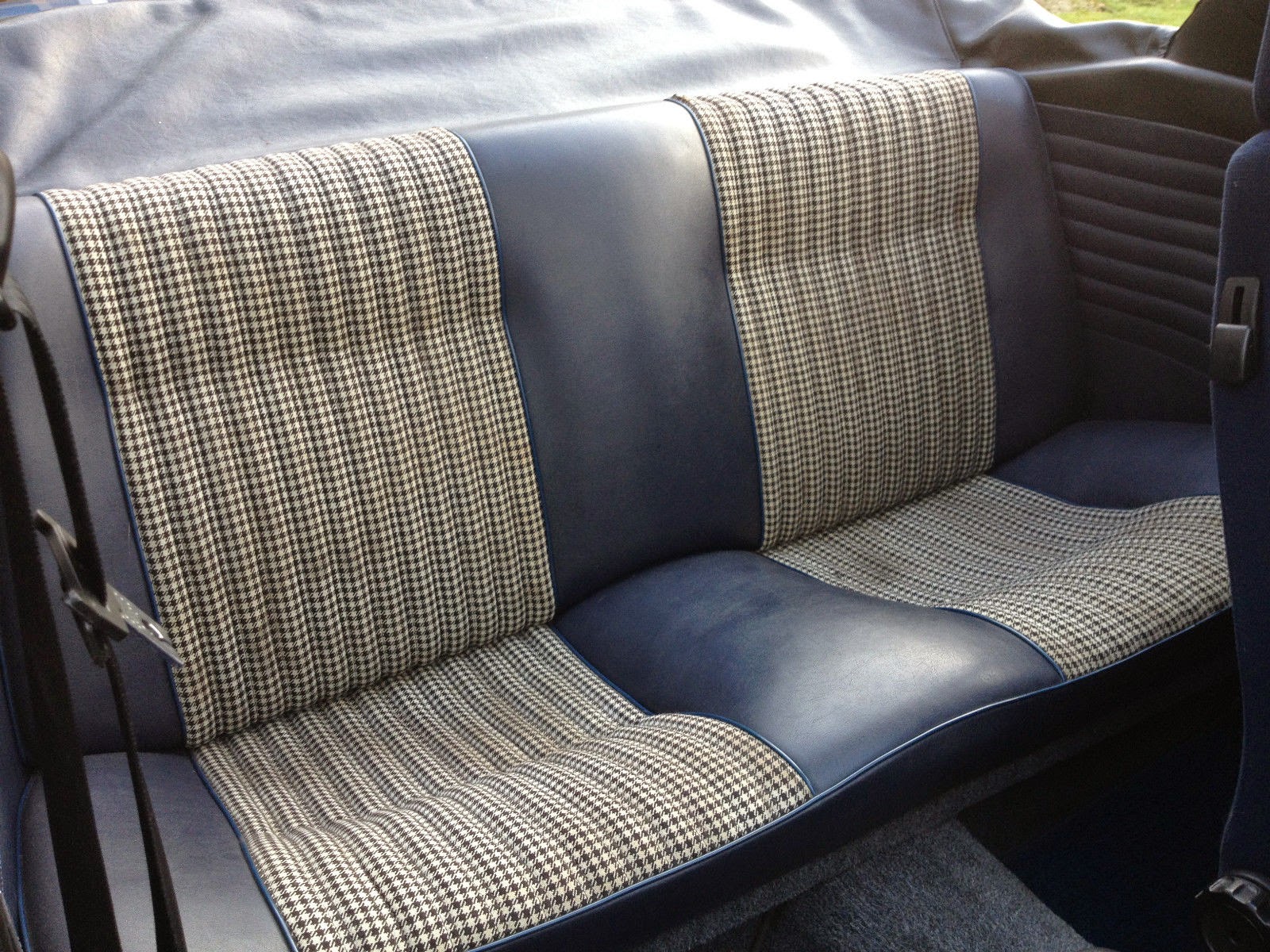 "So with regret and a heavy heart I have decided to sell my Cabrio.
It was first registered in Jan '74 and is a RRL model in Fjord blue.
The car had restoration work carried out in the early to mid 80's by TT Workshops and it still stands in lovely condition today having spent the majority of its life well garaged. It was MoT'd August 2014 and passed with no advisories!
I have a letter from BMW AG confirming that it was built in July '73 and I have copies of the original data sheets too. I have just registered the car with dvla as historic so RFL is now free.
It has been retro fitted with electric windows which work ok but wont be to everyones taste. Also blue Recaro front seats were fitted in the 80's but look like they were fitted new just yesterday. I do not have the original front seats. Original rear seats look untouched. The whole interior is in very good condition, even the dashboard is not cracked or split which is quite a common problem on these dashboards
The mileage is either 78 or 79k (can quite remember) but it has a massive history file including pretty much every MoT since 1981 to back up mileage.
It is also fitted with a 5 speed close ratio "dog leg" gearbox - takes a little getting use to but just the 'box and prop on their own are worth a fair bit! Clutch feels good
It starts and runs nicely but has not seen much use at all in the last 4 years so the engine would benefit from a tune but still runs well.
So to sum up this is a lovely cabrio, not concourse but is excellent and has been pampered! Also BMW have confirmed it was one of the very last RHD cabrio RRL models off the production line.
As you can see quite a unique example of an already rare car!

Also a set of 5 genuine 100+ wheels which were only available as an option when new from BMW dealers in the UK. These are available by separate negotiation

Please contact me by email if you are genuinely interested. Near offers considered only upon viewing. Not looking to sell overseasThanks for looking."