We have written a number of times here in Baurspotting about the importance of using redundant safety systems whenever you are going to work under a car.  I never get tired of posting this safety message, especially since I know we haven't reached everyone yet.  Every month we read another story about someone who was seriously injured--- or worse--- due to a falling jack, jack stand or even a lift. 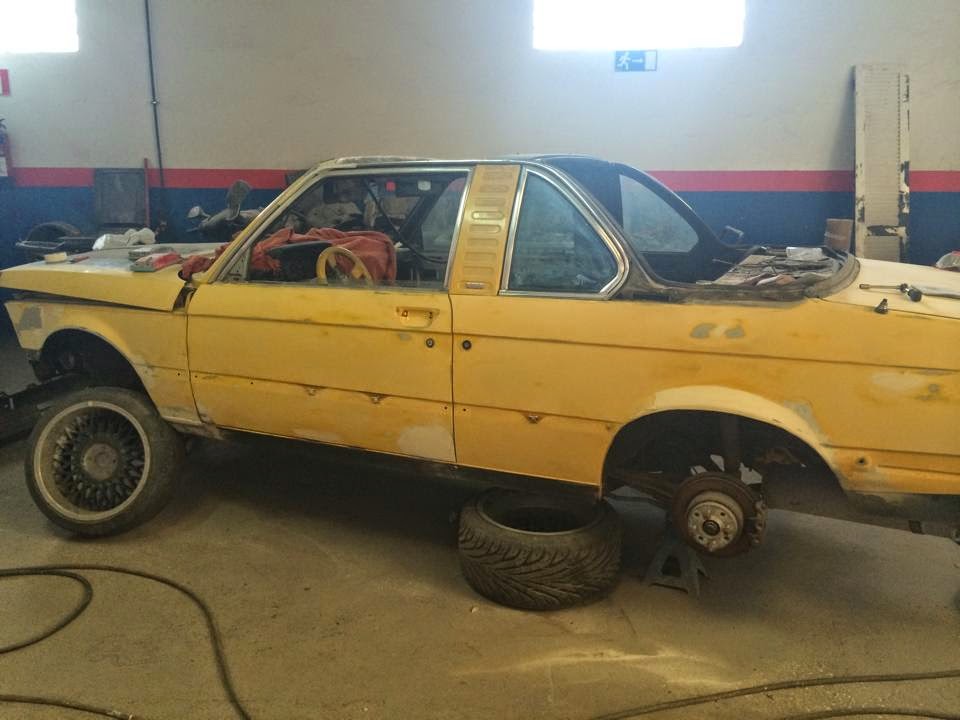 Check out this pic, posted today by Sammy S. N. of the Canary Islands.  Note the placement of the tire and rim underneath the chassis at the driver's side rear jacking point!  THIS IS EXACTLY WHAT WE ARE TALKING ABOUT!  Kudos, Sammy!  You can also see the jack stand under the rear subframe.  If, for some unforeseen reason, that jackstand fails, the car can fall no further than to land on top of that rim.  That will give anyone working under the car an extra margin of safety in a worst case scenario event.  Please, fellas, follow Sammy's example:  throw a tire under the car when you are under there. Hopefully you may never need it..... but it will be there if you DO need it!

Our hope is that by posting this safety message at every opportunity we may prevent a tragedy.  We already know that this effort has been effective.  A good friend of Baurspotting just emailed me a few weeks ago, to thank me for telling him exactly what I am telling you again here tonight:  throw a tire and rim under the car near where you are working!  In his case, the jack was accidentally released by a neighbor was was absent-mindedly fiddling with the handle while they talked----- nobody saw that coming!   The tire which he had placed under the chassis prevented the car from landing on his face!  It was the ONLY thing that prevented the car from landing on his face!

Big PROPS to Sammy S. N. in the Canary Islands for showing us how it is done!!  Thank you, Sammy!